Bill Lockwood: Socialism is the Gradual Loss of Freedom 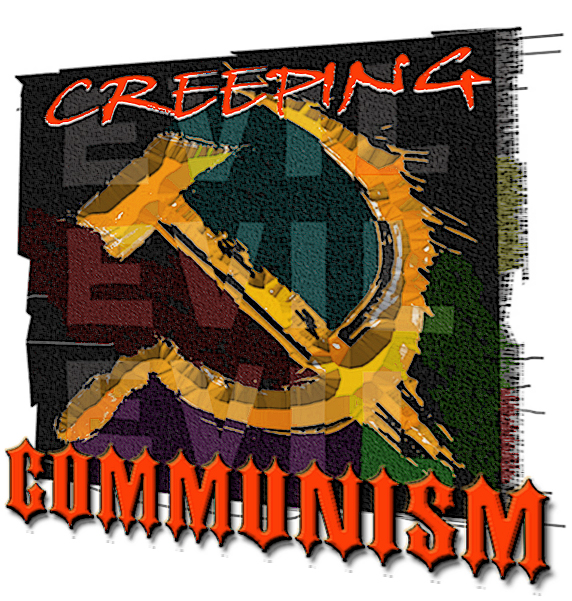 Private property is an essential element of man’s freedom. Biblical injunctions not to steal (Exodus 20:15) imply the right to private property as an extension of my labor. And, people have a right to enjoy the fruit of their labor. Frederic Bastiat, the French economist and statesman (1801-1850) summarized God-given rights as “Life, Liberty and Property” and noted that these do not exist because men have made laws. On the contrary, life, liberty and property existed before hand which caused men to make laws in the first place.

Cultural turmoil begins when “the Law” or its enforcer—the “government”–turns into an instrument of plunder to redistribute my earnings to others. This is precisely what has occurred in America. Amity Shlaes, in her new book, Great Society: A New History, recounts that during Lyndon Johnson’s implementation of his socialist welfare-state “Great Society,” one of the modernist thinkers involved with his administration was Charles Reich, a young law professor at Yale and former clerk to the liberal Supreme Court justice Hugo Black.

“To help the poor, Reich turned old property rights arguments on its head…Payments [of welfare] were a right, not a privilege. Reich called what the poor or old received ‘new property.’” In other words, government assumed the right to decree that other people have a right to my private property—the fruit of my labor. This is the essence of the Welfare State.

Bastiat reflected on this perversion—for perversion it is. “It is impossible to introduce into society a greater change and a greater evil than this: the conversion of the law into an instrument of plunders.” This insight reaches right into the current political climate of the American welfare state proudly trumpeted by both parties, Democrat and Republican.

If one doubts that outright plunder is occurring in America fostered by the government itself, just try Bastiat’s test. “See if the law takes from some persons what belongs to them, and gives it to other person to whom it does not belong. See of the law benefits one citizen at the expense of another by doing what the citizen himself cannot do without committing a crime …”

Our institutions of welfare, HUD housing, Medicaid, Medicare, green energy, public education, suggested reparations, even quota systems in hiring, firing, and punishment–and a host of other programs of which time would fail to list– are all results of plunder by the federal government—and all completely unconstitutional.

What are the consequences when this occurs?

“In the first place, it erases from everyone’s conscience the distinction between justice and injustice. No society can exist unless the laws are respected to a certain degree. The safest way to make laws respected is to make them respectable. When law and morality contradict each other, the citizen has the cruel alternative of either losing his moral sense or losing his respect for the law.”

Exactly. Talk today about “social justice” is nothing but just that—talk. It is not “justice” neither is it sociable.

Second, and most importantly here, this creeping socialism equates to a gradual loss of freedom. When decisions of the individual are supplanted by decisions from the government, this is a loss of freedom. “Powerful government, by its very nature, always has and always will tend to make itself more powerful and more dictatorial” (The Ethics of Capitalism: A Study in Economic Principles and Human Well-Being, Chamber of Commerce of the United States: Washington, D.C., 1960). “When government gains control over the livelihood of individuals, national planning can only be carried out by subjecting the lives of individuals to control or regimentation.”

What inevitably occurs in this type of a climate is the decline of enterprise which entails the loss of inventiveness and improvements. “It means less variety in life, and variety is a large, although often unrecognized, element in a high standard of living.” Like a huge snake coiled around the breast of a person that gradually squeezes out the life, so socialism does to a nation.

In his blockbuster book, The Problem with Socialism, professor Thomas J. DiLorenzo, exposes how this slow fade in the economy worked in Sweden when socialists implemented their plans. “Socialism nearly wrecked Sweden, and free market reforms are finally bringing its economy back from the brink of disaster.”

Starting in the 1930’s, Swedish politicians became “infatuated with fascist-style, socialist ‘planning.’ … Government spending as a percentage of GDP rose from what would today seem a relatively modest 20% in 1950 to more than 50% by 1975. Taxes, public debt, and the number of government employees expanded relentlessly. Swedes were, in essence, living off of the hard work, investments, and entrepreneurship of previous generations.”

America has unfortunately, copied the Swedish model. But what happened in Sweden? The Scandinavians could not avoid economic reality. “It is impossible to maintain a thriving economy with a regime of high taxes, a wasteful welfare state that pays people not to work, and massive government spending and borrowing.”

By the 1980’s, Sweden’s collapse of economic growth and a government attempt to jump-start the economy with a massive expansion of credit resulted in “economic chaos” complete with stock market bubbles that burst, and interest rates “that the Swedish central bank pushed up to 500 percent.” By 1990 Sweden had fallen from fourth to twentieth place in international income comparisons.”

It is a slow road back for Sweden. And the same will be for America. But the point remains that socialism resembles a slow bleeding of prosperity, liberty, and right to property.