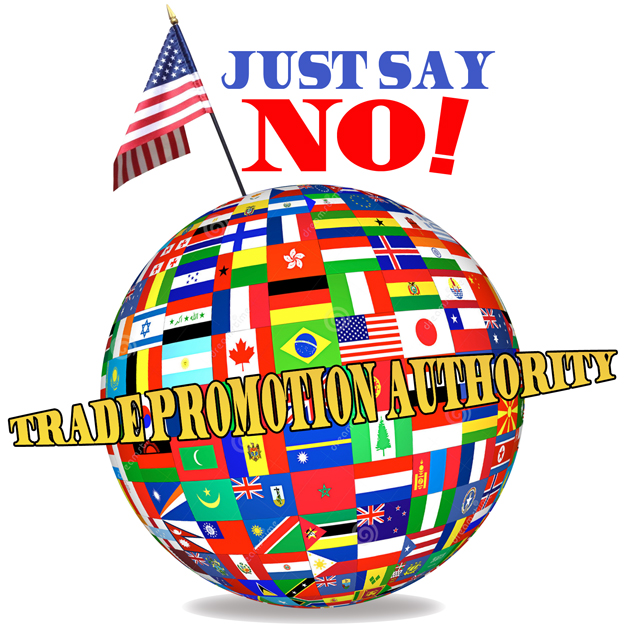 Members of Congress are seeking to renew the unconstitutional Trade Promotion Authority (TPA) that the Deep State is using to further entangle the United States into sovereignty-eroding trade agreements.

TPA, also known as “Fast Track,” is legislation that limits Congress’s ability to negotiate and review trade agreements, ceding its authority to the president. Specifically, once the president transmits the agreements to Congress, the relevant House and Senate committees have 45 days to vote on any trade agreements — and failing that, those agreements would be automatically reported out. Both chambers would then have 15 days to hold floor votes with limited debate. Under TPA, Congress is prohibited from amending or filibustering the agreements.

TPA is not new. Congress first enacted it in 1974, and it has been intermittently in force to the present, being most recently renewed in 2015. TPA is set to expire on July 1, 2021, but globalist members of Congress are pushing to renew it.

Interestingly, Senate Majority Leader Chuck Schumer (D-N.Y.) rejected an attempt to add TPA to a major China-related bill. However, he reportedly did this to ensure TPA passes Congress later this year, along with forcing Republicans to work with the Democrats.

There are multiple reasons why TPA is dangerous and must be rejected. First, it is unconstitutional. Article I, Section 1, of the U.S. Constitution declares that “All legislative Powers herein granted shall be vested in a Congress of the United States.” However, TPA usurps this legislative power, transferring it to the executive branch — something the Constitution does not allow.

Furthermore, Article II, Section 2, requires all treaties to be ratified by two thirds of the Senate. By their very nature, modern trade agreements are treaties. This is seen in the broad scope of many trade agreements that affect domestic policies, with the USMCA being a recent example. However, under TPA, only simple majorities in both houses of Congress are required for ratification. This is unconstitutional and trivializes the approval process of consequential international treaties.

Additionally, TPA is a key element of the globalist “free trade” agenda that seeks to strip the United States of its national sovereignty and independence — and by extension, the God-given freedoms guaranteed in the Constitution.

The term “free trade” is a misnomer when applied to the various modern agreements. Being hundreds of pages long and creating new regulations and bureaucratic entities on the international level, they are not “free.” Furthermore, such agreements affect much more than the simple flow of goods from one country to another.

The U.S. has entered into multiple trade agreements, including the WTO, NAFTA, and the USMCA. Globalists are also pushing the U.S. to enter the CPTPP and a proposed trade agreement with the European Union. All of these agreements have eroded — or will erode — U.S. sovereignty by ceding power to international tribunals and by economically and politically integrating with other countries, thus limiting Congress’s freedom of action.

TPA makes it significantly easier for the Deep State to ratify such agreements. In addition to circumventing the two-thirds Senate requirement for ratifying treaties, the expedited approval process allows for agreements — negotiated in secret and hundreds of pages long — to receive very little scrutiny and with no chance for revisions.

Multiple other reasons exist for opposing TPA, including increasing trade deficits, encouraging currency manipulation, and increasing migration levels. Ultimately, however, TPA is part of the globalist scheme to merge the U.S. into a one-world government through foreign entanglements. Although a Trade Promotion Authority bill has not been introduced in Congress yet in 2021, such a bill is expected to be introduced in the near future.

Congress would be wise to reject this unconstitutional and globalist TPA scheme. Instead, its members should defend U.S. national sovereignty and economic self-sufficiency.