Bill Lockwood: Christianity in the Cross-hairs 0 (0) 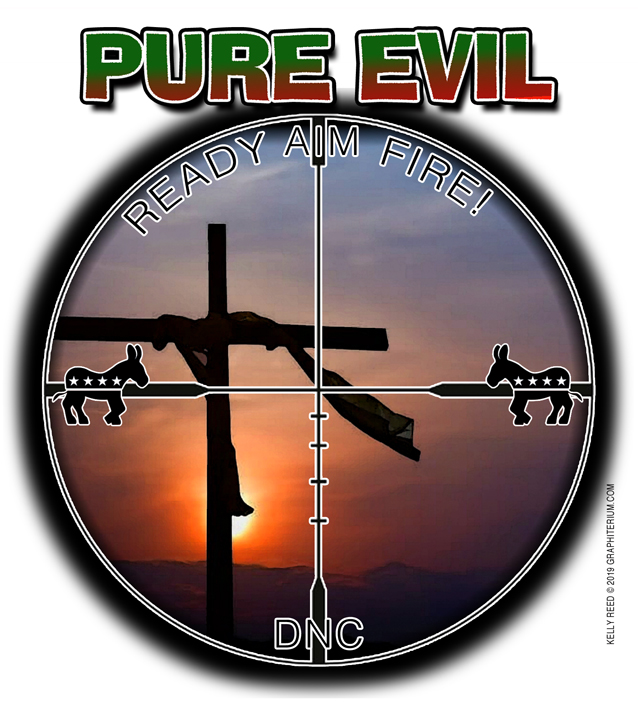 Jesse Lee Peterson: END THE HOLOCAUST ON THE UNBORN 0 (0) 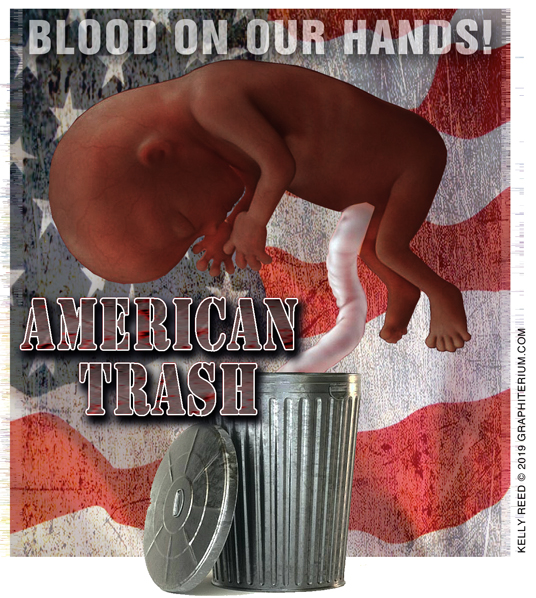 The 46-year holocaust targeting unborn children has taken a toll of over 60 million babies’ lives. Untold numbers of distraught fathers and mothers are tortured by the grief and trauma at their children’s violent death. Some never recover from the guilt and shame for taking part in this horror, having been lied to by radical organizations like Planned Parenthood.

These crimes against humanity are endorsed by the Democratic Party, and abetted by RINO Republicans who pay lip service but cower to political correctness. Cowardly men stand aside as radical feminists promote death under the pretense that they care about “women’s health,” the “woman’s body” and the “woman’s choice.” In reality, these selfish, evil people only care about money, convenience, and their own egotistical ideology of hate. Liberals hate white men and they hate children. While they pretend to care about “people of color” and women, they hate them as well, exploiting their weakness for political gain.

Barack Obama was the first feminist president, and he loved abortion. He voted multiple times as a U.S. Senator to allow a child born alive after a botched abortion to die on the medical table. The first thing he did as president was sign an executive order to fund abortions overseas. His socialist “Obamacare” also reportedly funded abortions, according to the Government Accountability Office.

(Obama was also the most anti-black president we’ve ever had, whose policies and statements subsidized and encouraged black self-destruction. He exacerbated the violence in the ghettos with increased black-on-black murders by undermining law enforcement and stoking anti-police hatred. He validated the radical hate group Black Lives Matter – a group that’s brought more death, destruction and misery to the black community than the KKK. Obama brought these radicals to the White House, along with the evil, exploitative Al Sharpton. Barack Obama hates black Americans, but in their darkness most blacks supported him to their own destruction.)

Black women and children suffer from an utter lack of men in their so-called homes and communities. According to CDC numbers analyzed by the Center for Immigration studies, 77 percent of native-born black mothers had children out of wedlock in 2015. Blacks, most of whom pretend to be Christians, have the highest percentage of unwed births. The fathers are weak and absent, the mothers angry and violent, and the children – those who survive the womb – are out of control.

In their spiritual blindness, blacks also lead the way in abortions. According to the radical pro-abortion Guttmacher Institute, blacks, who were 14 percent of the population, made up 28 percent of abortions nationwide in 2014. Their share of total abortions was twice their share of the population. It’s said that blacks abort more than a third of their pregnancies – and well over half of pregnancies in cities like New York in recent years. Since 1973’s Roe v. Wade Supreme Court decision, it’s estimated that more than 20 million black babies have been killed by abortion.

Democrats thrive on the immorality and irresponsibility of the people, and especially black people. They love for people to suffer from “poverty” and violence, and they love to stoke black anger, women’s anger, Hispanic anger. They push the attack on white men, and rejoice when young men lash out and commit mass shootings. Democrats are about control, but they cannot control a moral people. Democrats have to make people angry and immoral in order to assume power over them. So they fight for the “right” to destroy lives and present slavery to sin as “freedom” to “choose.”

But thank God for the South, and “Sweet Home Alabama”! This past week Alabama Gov. Kay Ivey signed into law a bill that would make murder of the unborn a felony. Thankfully, Alabama Republicans made no exceptions to allow killing of children conceived in rape or incest, but only to save the life of the mother.

It’s going to take logical men, especially white men, standing up with courage to make logical decisions to finally end this mass murder. Stand up to the wicked wolves in sheep’s clothing who call themselves “pro-choice,” and stop stepping aside as though this is only a “women’s issue.” Men should lead this fight, not shrink back and allow women to take over – which destroyed the black community.

False black leaders and liberal women are having a hissy fit about the Alabama law. Other states are passing laws attacking the rampant scourge of abortion. The anti-American organization ACLU is preparing a court battle against the law, likely to reach the Supreme Court.

The only way to win this spiritual battle is for men to wake up, overcome fear and anger, return to God and become perfect. Men should overcome their weakness toward women by forgiving their mothers, returning to their fathers, and thereby coming alive spiritually. Pray without ceasing, know thyself and repent. Then you can have the right relationship with women, stop having sex outside marriage, and lead with authority as Christ leads you. If men set the example, and speak out against evil, we can end the holocaust on the unborn.