Jesse Lee Peterson is the founder and president of BOND, a nonprofit organization dedicated to “Rebuilding the Family by Rebuilding the Man.” He’s a media commentator and host of “The Jesse Lee Peterson Radio Show,” M-F, 6-9 a.m. Pacific, 9-Noon Eastern. He’s also the author of “SCAM: How the Black Leadership Exploits Black America.” For more information, visit  BOND Brotherhood Organization, a school for boys and girls grades 1-12. 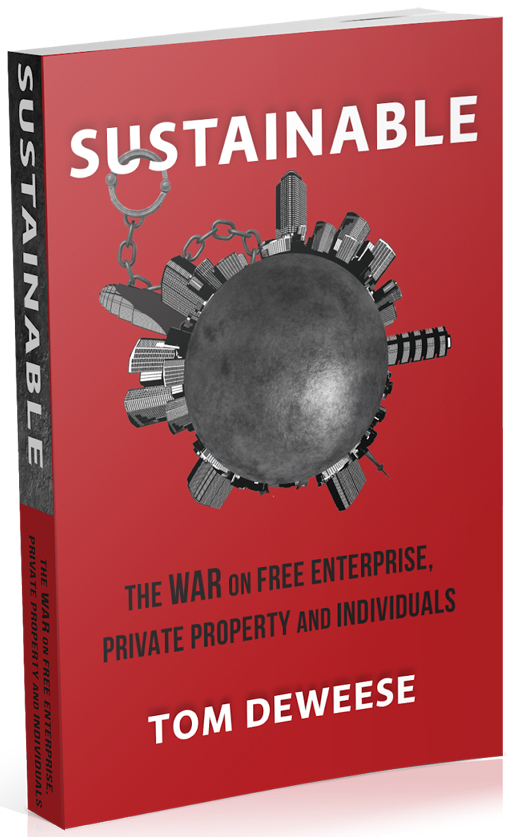 For 40 years Tom DeWeese has been a businessman, grassroots activist, writer and publisher. As such, he has always advocated a firm belief in man’s need to keep moving forward while protecting our Constitutionally-guaranteed rights. A native of Ohio, he’s been a candidate for the Ohio Legislature, served as editor of two newspapers, and has owned several businesses since the age of 23. In 2006 Tom was invited to Cambridge University to debate the issue of the United Nations before the Cambridge Union, a 200 year old debating society. Today he serves as Founder and President of the American Policy Center and editor of The DeWeese Report.

Kathleen Marquardt has been in the freedom move

ment since before it was called that. She was founder and chairman of Putting People First, a non-profit organization combatting the animal rights movement. Her book, AnimalScam: the Beastly Abuse of Human Rights, was published by Regnery Publishing in 1993. Kathleen has been Vice President of American Policy Center since 2000 and is the Agenda 21/Sustainable Development expert for Rocky Top Freedom Campaign. She was also a contributing writer and researcher for Freedom Advocates.

John Anthony is a nationally acclaimed speaker, researcher and writer.  He is the founder of Sustainable Freedom Lab. Mr. Anthony is the former Director of Sales and Marketing for Paul Mitchell Systems, Inc.  In 1989, he founded Corporate Measures, LLC, a management development firm. In 2012, Mr. Anthony turned his attention to community issues including the balance between federal agency regulations and local autonomy. In January 2016, Mr. Anthony was a guest at the prestigious Rutgers University School of Management Fellowship Honoring Dr. Louis Kelso.  In February 2017, he was the keynote speaker on HUD and Property Rights at the Palmetto Panel at Clemson University and in August, the keynote speaker on HUD at the American Dream Coalition in Arlington VA.  Most recently John is the Founder and CEO of the Miss Mary Project.