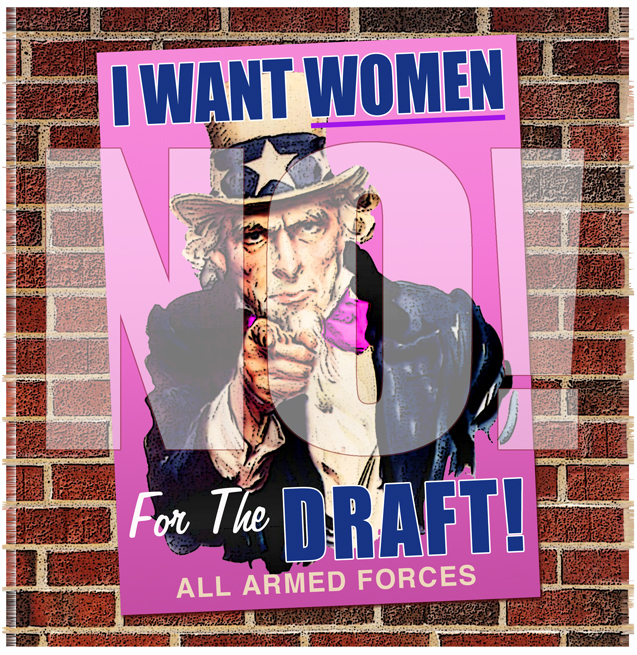 Congress is seeking to pass legislation extending the military draft to women.

On July 22, 2021, the Senate Committee on Armed Services voted 21-5 for an amendment to the National Defense Authorization Act (NDAA) for Fiscal Year 2022. This amendment, if enacted into law, would require women to register for the Selective Service, opening the door for young women and mothers to be drafted into military combat positions in the event of a national emergency.

Only five Republicans voted against extending the military draft for women, while eight Republicans joined every Democrat in voting for the amendment.

Feminists and other leftists have been pushing for the removal of all distinctions between men and women in the military — and in general society — for decades. This latest attempt is occurring after a congressionally created national commission recommended that the draft be extended to women.

Multiple reasons exist against allowing — or mandating — women in military combat roles, including the significant biological and physical differences between men and women that make women unsuitable for military combat. However, the Left is more interested in advancing its cultural Marxist agenda than in improving and preserving U.S. military readiness.

Former Congressman Ron Paul has described the military draft as “one of [the] worst violations of individual rights committed by modern governments.”

Considering that the draft literally enables governments to involuntarily take command over their citizens, denying them of their God-given rights, Paul’s statement is accurate. Accordingly, if Congress were concerned about adhering to the Constitution and protecting individual liberty, it would vote instead to entirely abolish the Selective Service system. Two bills have been introduced that would do just that: S. 1139 and H.R. 2509, both titled the “Selective Service Repeal Act.”

In the coming months, it will become clear which path Congress will take; Americans should watch closely.

To urge your U.S. representative and senators to oppose expanding the draft to women and to instead entirely abolish the draft, visit The John Birch Society’s legislative alert here.