Kathleen Marquardt: WHISKEY IS FOR DRINKING AND WATER IS FOR FIGHTING 0 (0) 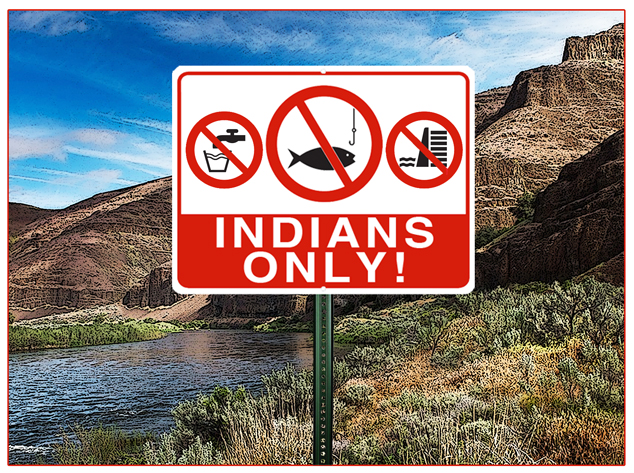 If whiskey is for drinking and water is for fighting, as Mark Twain famously said, then the 2015 Montana Legislature affirmed the truism. Tristan Scott, Flathead Beacon

In the mid-90s, before the Internet, the U.S. government held a meeting via satellite link between Washington, D.C., and cities and towns across western Montana, Idaho, eastern Washington, and Oregon. The subject was the Columbia River Basin.

I was living in Helena, Montana. The meeting was held in a school or some building like a school on a Saturday morning. The room had about a dozen round tables with six chairs each, and we all watched the presentation on a screen. In attendance were the press, people from farming and Ag organizations, local officials and others like me – wanting to know what was afoot.  After the viewing, we had one of those infamous consensus meetings.

The major point of that meeting was that the Columbia River Basin needed to be returned to the state it was before Columbus. In unspoken words, NO WHITE MAN. But a lot more was presented to drown that in political gobbledygook.

Understandably, the global elite want that area to be re-wilded, to be part of the Wildlands Project. But at this meeting/Charrette, they let us know that they would start by removing only the non-indigenous peoples. Plus dams – dams gotta go.

Now, some 25 years later, we are seeing exactly how this is being accomplished via the western Montana portion of the Columbia River Basin Project – the proposed Confederated Salish and Kootenai Tribes (CSKT) Montana water compact.

The fact is, the CSKT Compact has nothing to do with water rights, Indians, culture, fish, or the environment.  It is all about money for a small group of tribal elite and state officials who covet more power, political positions, and power over others. It seeks revenge for spite. Catherine Vandemoer, Ph.D., Sovereign Nation

I have been trying  to put together a short-ish synopsis of the machinations over the CSKT compact. But the backstory is that the feds are using the treaty to bring about the unlawful expansion of the tribal government authority over Non-Indians. “This compact proposes that the State of Montana expand the authority and jurisdiction of tribal governments over non-members and non-Indians where federal law has specifically prohibited it. People, the Montana legislature does not have the authority to remove constitutional provisions and statutory protections from its citizens,  . . .” [1] ,  On top of this, the CSKT Compact, is an attempt to create a new type of federal water right “ . . .using the wording from the Hellgate Treaty that states that the tribes have a right to take fish. And from those simple words that even a horse trainer can understand, the proponents of this compact would like us to believe that the right to take fish, equates to an aboriginal, time immemorial, tribal reserved, federal water right. Again, they are asking the Montana State legislature to conjure up…and I do mean conjure up… a federal water right where currently one does not exist. We simply do not have that authority.” [2]

The compact between Montana, the federal government, and the tribes is so complicated that the fur has been flying for well over a hundred years, and recently, another 1,000+-page compact has been written. I suggest you go to Western Water Rights and watch the video of the Perfect Storm for the full story from the first tribal agreement. It is extremely well laid out.

But here is the dirty, rotten, nasty underbelly of this whole Machiavellian plot. Remember how Agenda 21 was signed in Rio by President George H.W. Bush, but never ratified by Congress? Actually, never even brought up in Congress. Yet, instead, President Clinton put V.P. Al Gore in charge of using the President’s Commission on Sustainable Development to embed all the aspects of Sustainable Development into every department of the federal government.

That same tactic is being used here. Catherine Vandemoer, Ph.D.  Chair, Montana Land and Water Alliance, out of Polson, Montana, wrote me that, “ . . . the state is implementing the CSKT Compact without Congressional approval both on and off the reservation by:

On Reservation—State, BIA, and Tribes implementing CSKT Compact in a federal irrigation project without Congressional approval

Tribes aggressively implementing and directing a compliant BIA  how to manage storage and reservoir levels, instream flows, and canal deliveries  according to plans specified in the CSKT Compact appendices which affects water delivery to irrigation and stock,  and violates US-irrigation district contracts.

The compact calls for CSKT “co-ownership” of the water flow from the Milltown Dam water right on the Clark Fork River, and thus “splits” the water right between two tributaries to protect instream flow.

The state had planned to implement this with or without the Compact, but with the Compact they didn’t have to go through their regular permitting process to achieve that transfer of use and point of diversion.

In 2017 our organization wrote to the state Department of Natural Resources (DNRC) to point out that the compact hadn’t been approved and the abstract was in error, and to inquire as to whether the state was going to go through its regular process

After getting a nasty response, the state changed the abstract to list them as full owner, but indicated as soon as compact passed would be co-ownership.

However, they are implementing that right now without having completed the state process for a change in the use and place of use of the water, which was required without the compact.

You don’t have to understand all those terms, you just need to understand that this project is be embedded into state, tribal, and local governments without Congressional approval, and probably without Congress knowing it is being done. Plus, this is not just about Montana waters, it will have a most destructive affect on all western waters.

The furthest west hatched lines designate the Flathead Indian Reservation Article II Treaty of Hellgate. The green area is what this new compact is turning over to that small reservation to have full control over the waters.

The compact begins with an incorrect definition of the reservation that paves the way for the expansive taking of water within reservation boundaries:  “all land within the exterior boundaries of the Indian Reservation established under the July 16, 1855 Treaty of Hellgate, notwithstanding the issuance of any patent, and including rights-of-way running through the Reservation.”

This flawed premise is used to rationalize giving all water running through and under the reservation to the CSKT.

Additionally the compact gives the federal government time immemorial water rights for every drop of water in Flathead Lake, and concedes significant instream flows with various priority dates throughout 11 counties in western Montana in the Clark Fork and Kootenai River basins.

This is a water grab (which becomes a land grab, because you can’t use land that doesn’t have water) the size no one has seen before outside the USSR. Those Americans who think that this has no relevance to them, better think twice – at least. This is not the beginning of the taking of water rights in this country; it is happening all over in various tactics and schemes. But it is the biggest. And it has been in the works for at least 30 years.

You can think, oh well, that’s in Montana; it won’t bother me. I am in Ohio, or Arizona. Understand, this is just the first place – sort of a testing ground. And, no, they don’t need Indian reservations to stage the take-over of water rights. We cannot survive without water so, if you haven’t stood up for your rights before, start now. Whiskey may be for drinking, but let’s see you survive long without water.

[1] Theresa Manzella, member of Montana State House of Representatives, “My testimony to the Montana House on the CSKT Water Compact.