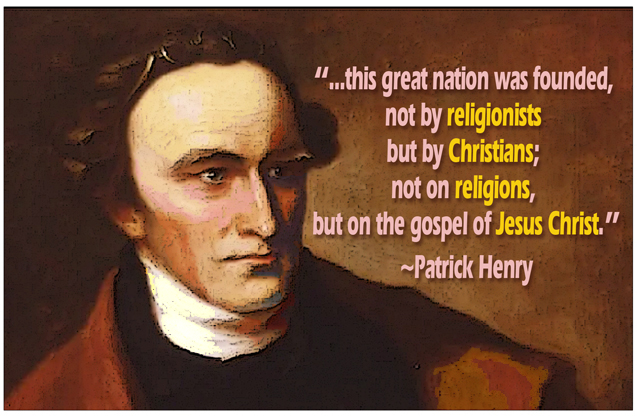 In response to an article posted several years ago, one wrote me with this sour note: I am sick of this god stuff! The original piece is entitled “Where does the Constitution mention God?”  The letter-writer included several alleged quotes from Jefferson, Adams, Franklin, and Washington that supposedly put the kibosh on the idea that the founding fathers had any recourse to God or biblical principles when crafting our nation.  But, as is common with atheists or those “sickened with god stuff,” their energy would be better served to learn the real principles of our Constitution as well as the Bible.

Modernists love to chide that the founders could not have been genuine Christians in light of some of their own statements which seem to decry Christianity itself, or in their toleration and practice of slavery. But the entire issue does not turn on whether or not any or all of them were actually faithful Christians. Rather, did the framers of our nation rely upon Christian concepts in forging our nation? Personal weaknesses or mistakes of the founders only show that all men have sinned.

Another salient but frequently avoided fact is that the founding generation of Americans warned continually of the errors of the Roman Catholic Church, from which their own fathers had fled to find freedom on the shores of the New World.

Thus, many statements which Thomas Jefferson or other founders made–for example, decrying religious bondage– had more often to do with Catholicism  than New Testament Christianity.  That they were not precise in their delineations is not to be taken to say that they feared pure Christianity.

For example, read what Thomas Jefferson wrote to Benjamin Rush in April of 1803. Jefferson refers to himself as “a Christian” in distinction to the “corruptions of Christianity.” “To the corruptions of Christianity I am indeed, opposed; but not to the genuine precepts of Jesus himself. I am a Christian, in the only sense in which he wished any one to be; sincerely attached to his doctrines, in preference to all others; ascribing to himself every human excellence; and believing he never claimed any other.”

Jefferson many times referred to religious doctrines that did not originate in the Bible, but in the chair of Rome.

It is also interesting that the booklet which Jefferson put together of Jesus’ teachings he himself advertised as proof that he was a “real Christian” and that those who referred to him as an “infidel” were wholly in error and motivated by doctrines which Jesus Christ Himself did not inspire. The following is from Jefferson’s letter to Charles Thomson:

“I too have made a wee little book, from the same materials, which I call the Philosophy of Jesus. It is a paradigm of his doctrines, made by cutting the texts out of the book, and arranging them on the pages of a blank book, in a certain order of time or subject. A more beautiful or precious morsel of ethics I have never seen. It is a document in proof that I am a real Christian, that is to say, a disciple of the doctrines of Jesus, very different from the Platonists, who call me infidel, and themselves Christians and preachers of the gospel, while they draw all their characteristic dogmas from what it’s Author never said nor saw. They have compounded from the heathen mysteries a system beyond the comprehension of man, of which the great reformer of the vicious ethics and deism of the Jews, were he to return on earth, would not recognize one feature.”

To modern unbelievers who find offense in Christianity, we quote the words of Christ, “go learn what this means.” That is, instead of scouring the writings of the founders to discover a godless phrase or two, let them teach you the significance of Christianity and its beneficent influence on our nation.

Patrick Henry was even more forthright. “It cannot be emphasized too strongly or too often that this great nation was founded, not by religionists but by Christians; not on religions, but on the gospel of Jesus Christ. For this very reason, people of other faiths have been afforded asylum, prosperity, and freedom to worship here.”

Benjamin Morris, a second-generation American, having thoroughly surveyed the founding generation for these same ideals, summarized it this way. “Christianity is the principle and all-pervading element, the deepest and most solid foundation, of all our civil institutions. It is the religion of the people—the national religion; but we have neither an established church nor an established religion.” Some of the founders even referred to America as a “Christian Republic” because they considered our form of government to be an outgrowth of Christianity and freedom.

It would be well for modern professorships and their blind followers to actually study what the founders had in mind on this topic rather than being so jaundiced against Christianity and the Bible. Perhaps that would keep them from “being sick.”