Bill Lockwood: Systemic Racism and The Remedy for Discrimination 4 (1) 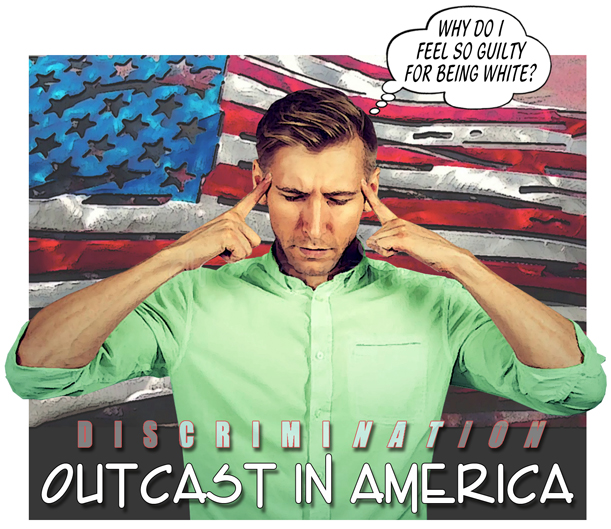 The word “discrimination” has come to take on negative connotations in our modern culture. In reality, the word is “neutral”—simply referring to the process by which one recognizes and understands the difference between various options. We must, for example, be able to “discriminate” between good choices and bad choices; between right and wrong. Sometimes the word can be used to refer to a refined taste in foods or arts—the ability to distinguish between good and better.

In our culture, however, the primary association of the word is “unjust” treatment of different peoples based solely on race, or class, or gender, etc.

In the New Testament, the letter of James addresses unjust discriminations in chapter 2. He commands, “Hold not the faith of our Lord Jesus Christ, the Lord of glory, with respect of persons” (2:1–KJV, ASV). “Respect of persons” is partiality.

The partiality James criticizes in the text is partiality based upon wealth and social status in the worship assembly. In the Roman world in which Jewish Christians lived, there were various strata of society, just as today. The Christians addressed had shown partiality to visitors based upon their social status and wealth alone (see James 2:2-3). James asks; Do you not make ‘distinctions’ [discriminations] among yourselves, and become judges with evil thoughts? (v. 4).

Verse 6 indicates that the wealthy had even used legal means to oppress the poor. Oppression comes from a Greek word that means “to exploit.” That exploitation included Christians being “dragged before the judgment seat” by some of the wealthy. Contextually, the idea is clear that legal means had been utilized to oppress believers. The background for James’ inspired remarks is the Old Testament.

Behind James 2:1-4 is Leviticus 19:15. Do not pervert justice; do not show partiality to the poor or favoritism to the great; but judge your neighbor fairly. The Mosaic judicial system is instructed to show no partiality—either to the rich, or to the poor. Judgment should be even-handed.

James’ application of the Leviticus passage is simple. Show no favoritism. Treat all equally. But what is the remedy for such favoritism—in a church, or at the bar of justice? Would it not be simply “Stop it”?

What one does not hear is the inspired writer suggesting that in order to rectify the wrong of favoritism, that preferential treatment ought be practiced in the opposite direction—by showing “bias” to the poor from this point forward. No, the remedy is to treat all equally. Actually, for James to have commended more partisanship tilted in the direction of the poor would be to practice what he condemns!

Imagine another case. Can one suppose Moses would order that past or historical legal injustices against the poor in Israel, in violation of Leviticus 19:15, should be remedied by now encoding into the system that every other poor person that came before the bar of justice be exonerated based upon the fact of his poverty alone? That would be injustice itself. An atrocity.

One does not remedy injustice by encoding into law more injustice.

But this is exactly what America has done. Racial quotas in employment, education, grading in college, federal assistance, housing and even in legal punishment have become part of the law. Liberal thinking tells us that racial quotas, for example, are a means of diminishing racial discrimination in the past. These new racial quotas are enforced by government fiat.

However, when a racial quota is encoded into law, upheld by the Supreme Court, that establishes favoring a particular racial minority that is perceived to have been popularly discriminated against in the past, we are actually establishing a racism within the system itself. This is SYSTEMIC RACISM. Not only so, but the quota itself discriminates against all others by law that do not fit into that racial minority. This is the real “systemic racism” in America. All in the name of “fighting discrimination.”

It is difficult to imagine a greater injustice to society. Yes, we do have “systemic racism” in this country—in favor of minorities and against the white majority. Brainwashing of an entire culture.

What is Donald Trump’s Sin?

Donald Trump has once again excited the entire news cycle with his comments regarding the United States district court judge, Gonzalo Curiel. The Mexican heritage of Curiel, Trump claims, renders him to be not impartial in overseeing the Trump University lawsuit case. Trump has promised the American voter that, if he becomes president, he will build a wall to help stop illegal immigration from Mexico. The extreme un-favorability that this proposal has aroused with liberals in general, and with all radical Mexican groups within the United States has affected even Curiel, according to Trump.

Trump’s outspokenness has rattled even so-called “conservatives” such as Newt Gingrich. Gingrich was quick to say that this stance was a huge mistake for Trump. Setting aside the fact that Curiel is indeed a member of an attorney’s group called La Raza Lawyers of San Diego which has a direct link to the communist-leaning National Council of La Raza on its website, I am asking “What is Trump’s Sin in This?”

The fundamental doctrine which underlies the entire American liberal way of thinking is that there is “systemic racism” built into our entire culture. And the reason it is in our “system” is because it is engrained in our thinking, too. We are expected to accept, believe, and act on the “fact” that “racial” preferences or “racial” prejudices underlie the way we behave in every area. This doctrine, however, is only understood, but never given a voice.

Consider prison populations, for example. According to the Bureau of Justice Statistics almost 3% of black males of the United States were imprisoned at the end of 2013 compared with only 0.5% of white males. The Center for American Progress, a liberal think-tank, claims that people of color make up only 30% of our United States population but comprise 60% of the prison population. It is insisted that this “racial disparity” that is “inherent in our justice system” must be eliminated. This would be “racial justice.”

All discussion as to why these statistics are true begins with the assumption of “systemic racism”—that it is the result of racial bias in our white-controlled system. But what must never be considered, mentioned, or even breathed– is the suggestion that we have various minority sub-cultures in our society which, for one reason or another, foster lawlessness.

Political correctness, aka liberalism, demands that we begin with the assumption that disparities such as the above be assumed to have root in prejudice among the majority population. When blacks are being tried in a courtroom, our cultural leaders insist that we must have blacks on the jury. Otherwise, no fair trial.

For this same reason we maintain racial quotas in hiring, in the military leadership, in admission policies at the University level. So pervasive is this unspoken word that it has seeped down to the local school systems where principals are ordered by school districts to STOP sending minorities to separate facilities because of classroom disruptions. Teachers are expected to remain mute to the underlying accusation that they punish minority children in the school system because they are prejudiced—not because these children have truly disrupted the classroom. All are meekly and obediently to accept the belief that races have built within their own thinking a favorability or un-favorability toward racial differences.

So, what is Donald Trump’s sin that has unsettled everyone? He just spoke out loud what no one else dares to say. The Emperor has no clothes as he marches down the parade route and all are expected to smile and accept what he has been told—that his garments are glorious. Trump is like the boy who spoke the obvious but what was to remain unspoken—the Emperor is naked.