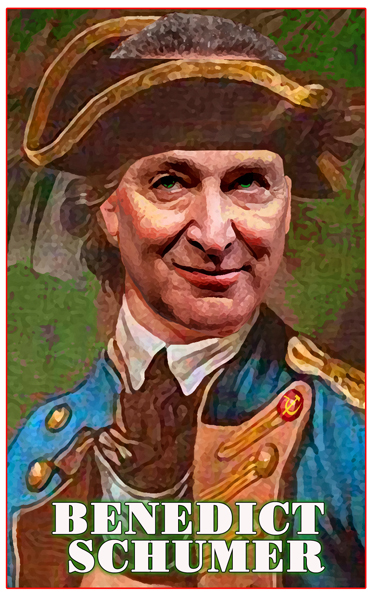 Brutus’ speech from Shakespeare’s Julius Caesar makes a poignant observation on ambition: “As Caesar loved me, I weep for him. As he was valiant, I honor him. But, as he was ambitious, I slew him. There is tears for his love, joy for his fortune, honor for his valor, and death for his ambition” (Act 3, Scene 2).

The political ambition that damned Julius Caesar is known and present in Washington, DC. John Dean’s Blind Ambition exposed this greedy evil. Dean’s book offers an insider’s view of the deceptions and machinations that run rampant inside the Beltway environment.

The Talmudic proverb says, “Ambition destroys its possessor.” This is put into prose as:
Ambition has but one reward for all:
A little power, a little transient fame,
A grave to rest in, and a fading name!
History records ANNOTATED AMBITION…

An interesting read is Valiant Ambition: George Washington, Benedict Arnold, and the Fate of the American Revolution by Nathaniel Philbrick. The focus of the history is on loyalty and personal integrity. Described is the remorse of Arnold’s ambitions that fatally destroyed his faith in the legitimacy of the rebellion. One whose ambitions were cut short, sold his country and forever lives infamously as the consummate traitor.

A leading figure of the French Revolution was Maximilien François de Robespierre (1758-1794); the most significant leader of the French Revolution’s radical period. Robespierre has been a metonym for faceless tyranny, his life is a metaphor for how revolutions eat their own. His evil ambition led the French to social catastrophe. In the latter part of 1793 he controlled the “Committee of Public Safety.” This Committee was developed to provide for the defense of the nation against its enemies, foreign and domestic (note the similarity to assignments in our current day). The Committee was to implement the laws and controls necessary to win the war and to strike the hearts of counterrevolutionaries. The Committee mandated harsh measures—surveillance committees, preventive detention of “supposed opponents,” and controls on personal civil liberties. This was the principal organ of the Revolutionary government during the Reign of Terror and Robespierre controlled of it. But, in 1794 he was overthrown and executed. His ambition ended with his head in a basket below the guillotine to which he had condemned thousands!

The historical records continue page after page citing personalities whose ambition was for personal glory instead of national welfare. Napoleon and Alexander the Great won victories after victories. They were Empire Builders whose personal ambitions were evil rather than beneficent. Each was crush at the hands of his ambition.

Shakespeare’s Macbeth wanted to become King. He was a brave and courageous soldier but permitted his blind ambitions to end in his downfall. Then there is Lady Macbeth whose ambition was power. The shared ambition for power blinded them to reality. Lady Macbeth’s thirst for power enabled Macbeth’s want for power. This lust for power increased and led to greater evils. It became the controlling factor in life—nothing was more important than his/her ambition!

Obama’s ambition was to stop the rise of the oceans. In his victory speech the night he won the Democratic presidential primary three years ago, he said “[T]his was the moment when the rise of the oceans began to slow and our planet began to heal.” The arrogance of such a delusional ambition was applauded by those who ignore reality’s footnote on arrogant ambition, “A little power, a little transient fame.”

Biden’s promise to end COVID came during the 2020 campaign when he stated, “the trajectory of COVID-19 in America is headed in the wrong direction,” and presented himself as the only one able to fix it. “And so, folks, I will take care of this. I will end this.” After months of carrying on about a national plan, tyrannical mandates and referencing the unscientific CDC, WHO and NIH guidelines and best practices, he threw his hands up and confessed his failed braggadocios ambition. “Look, there is no federal solution,” Biden said December 27, 2021.

An accurate assessment of Biden’s blind ambition is noted by the New York Post: “What we’re seeing, folks, is an embarrassing lack of leadership in the Democrat-run White House. An incompetency that’s not only botching Americans’ travel plans, hurting families and jeopardizing public health — it’s also harming the US economy.”

Today there is AUTOCRATIC AMBITION verbalized!

How can the supposed “intelligent” of today ignore the failed facts of tyrannical ambition? How dare some mimic the exact pattern of behavior and express the same attitudes of the failed past excusing their evil ambition as “democracy”?

Senator Chuck Schumer (D-NY) said in a letter to Democratic senators on Monday. “We can and must take strong action to stop this anti-democratic march.” Years ago, Schumer said killing the filibuster was the “rubber stamp of dictatorship” and a “doomsday for democracy.” But now high-handed ambition has redirected his position.

Schumer’s ambition is shared by the entire Democratic Party—they speak of saving democracy when, in reality, their evil ambition is to destroy the Republic!

Schumer’s autocratic ambition is soon scheduled for a vote in the Senate.

Ambition is widely respected and widely condemned. Let the puppet masters and puppets on the political stage look seriously, heed cautiously and avoid strenuously the historical pitfall of greedy ambition.
• Treasonous ambition leads many to sit alongside Benedict Arnold because they choose personal ambition over patriotic loyalty.
• Blind ambition deceives, deludes, and destroys—“A person who is blind cannot guide another…will they not both fall into a pit? (Luke 6:39)
• Arrogant ambition leads one to join Napoleon and become a hated historical figure whose end is a personal “Waterloo” (Proverbs 8:13, Pride, arrogance…the perverted mouth, I hate.”
• Harvested ambition is tormenting—Lady MacBeth’s “Out, damned spot” is one of the most recognized phrases in literature. The once-defiant and determined Lady Macbeth has become undone by her own conscience. There is an unrelenting torment and inescapable culpability. The blood required by selfish ambition cannot be removed!
• High-handed ambition is rewarded with Robespierre’s inevitability—the victim of his own tyranny.
To those governing today we ask, “What motivates your ambitions?” Legislate, Judicate, and Execute with the sole ambition to defend and uphold the original intent of the United States Constitution! Your failure to do this assures destruction to our nation and infamy for your historical name. “Where jealousy and selfish ambition exist, there is disorder and every evil thing” (James 3:16).

To those governing, remember the proverb: “Ambition destroys its possessor.” The history from the past validates this proverb. The history of the future that is being chronicled today, will validate this proverb. It is the responsibility of the Legislative, Judicial, and Executive Branches of our government to utilize the past to govern the present so they do not fear the historic chronicles of the future!