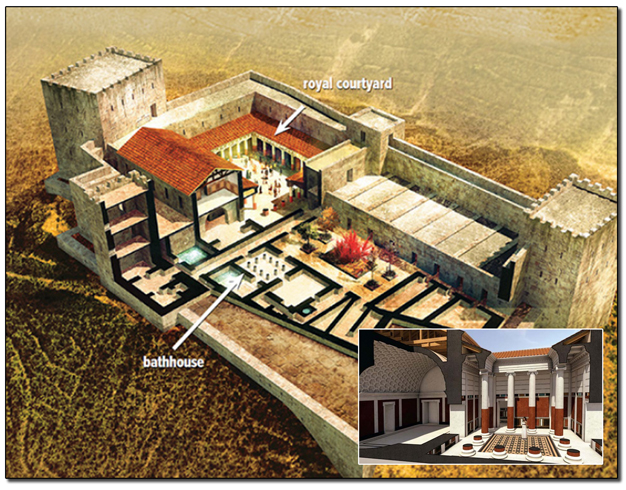 John the Baptist was imprisoned and beheaded by Herod Antipas (Mark 6:14-29; Matt. 14:1-12). The territory of Antipas included the Trans-Jordan district where was located the famous fortress called “Machaerus.” It was here that John was imprisoned, according to Josephus (Antiquities 18:116-119). Eusebius, a later Christian historian, corroborates the location.

The fortress of Machaerus (Greek word meaning “sword”) was originally built by the Hasmonean Alexander Jannaeus in 90 B.C., destroyed by the Roman general Gabinius in 57 B.C., transformed into a royal palace and city by King Herod the Great in 30 B.C., and destroyed by the Nabatean king Aretas IV in AD 36.  A post-Herodian fortress was reconstructed by Judean rebels during their final war with Rome.

The fortress was located on a hilltop east of the Dead Sea, providing a panoramic view all the way to Jericho and the Temple of Jerusalem, Masada to the south, and even to a well north of Jericho overlooking the Jordan Valley.

Machaerus was said to be the second most fortified place in Israel in the time of Christ, only behind Jerusalem. Destroyed by the Romans in the winter of 71/72 A.D., the post-Herodian Machaerus disappeared from the maps for nearly two millennia.

The fascinating element of this biblical site is that its ruins have been excavated by archaeologists for the past fifty years. Its once magnificent 7,000 square-foot royal courtyard complete with a throne-niche, where once sat Herod the Great as well as Antipas, has now seen the light of day. With the assistance of modern technology that is able to trace and even project the figures of the buildings, it is almost as if one is stepping back into a 2,000-year-old time capsule.

Biblical figures come to life. Herod the Great, his son Tetrarch Herod Antipas and his second wife, Princess Herodias, her daughter Princess Salome, and of course, the one and only John the Baptist. Remarkable reconstruction models are found in Biblical Archaeology Review.