Bill Lockwood: Ridin’ With Biden Into a Recession 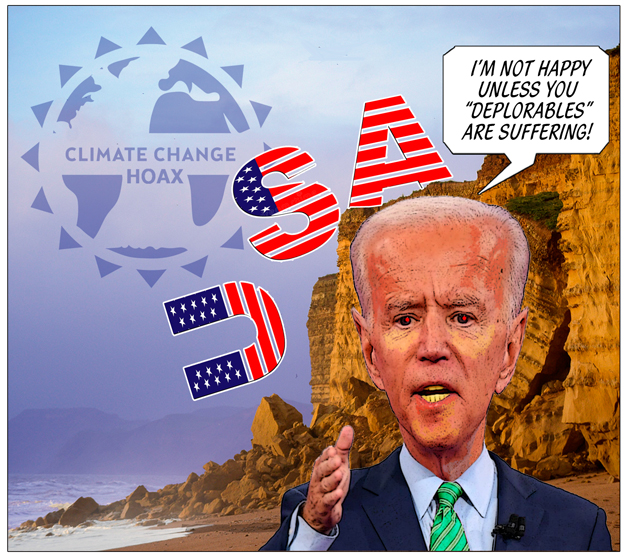 It is curious to hear the frequent refrain that Biden’s Presidency is a dismal failure. It is a simple formula that demonstrates this, it seems. Whether it be open borders to a massive invasion of our country; the accompanying huge expansion of the welfare state; the crushing high energy prices; the transference of our sovereignty to global bodies such as the World Economic Forum and World Health Organizations—every yardstick of measurement appears to indicate disaster for our nation.

But you are not thinking like Biden and the Democrats. All these indicators only point to a disaster because we are using the wrong measuring rod. Biden is not a failure. He is tremendously successful at doing what he promised to do. The Biden presidency is faithfully fulfilling what the script of the global elitists have written and what the insane world of academia has demanded for years.

At a Japanese Press conference this week the President stated it plainly. “When it comes to gas prices, we’re going through an incredible transition that is taking place that … when it’s over, we’ll be strong and the world will be stronger and less reliant on fossil fuels when this is over.”

Highest prices of gasoline, shortages of food and medical supplies, shortages of baby formula, consistent downturns in the market, and the looming inevitable recession that is being forecast by Wall Street executives–these are all part of the “transition” period to force Americans onto Green Energy.

Should we be surprised? Biden promised over and again during his campaign for president that the reliance of Americans on fossil fuels was what he intended to end.

The Global Existential “Threat” of Climate Change has been the single message of the socialist bully pulpit for at least two decades. It is the single mechanism in their playbook in order to transform America into a socialistic nation, controlled by world bodies.

Americans must be forced to move away from a carbon-based, oil-producing economy in order to “save the planet” from extinction. Freedom and liberty be hanged. We all are going to be required to bow the knee to the globalist doctrine of Climate Change, suffer the consequences, and be happy. That’s an order.

You will all be Ridin’ with Biden and you will like it. But you will ride with him on electric power only, so you will need to charge up every once in a while and suffer blackouts on the electric grid. It is for your own good.

It might be suggested that Biden surely would not do this, knowing that this program of American decline is extremely unpopular. We are seeing it in his poll numbers. After all, another election is on the horizon.

Is American that slow to learn? The last election had compromised integrity and the results are still questionable, to say the least. If you doubt that, watch Dinesh D’Souza’s movie 2000 Mules. It confirms what our instincts told us. Unpopularity of a president is insignificant in a country where the integrity of elections has disappeared. We will “ride with Biden” into the ditch of societal collapse.

Our only hope is that liberty-minded, strong Constitutionalists will take the wheel and steer a better course, and soon.