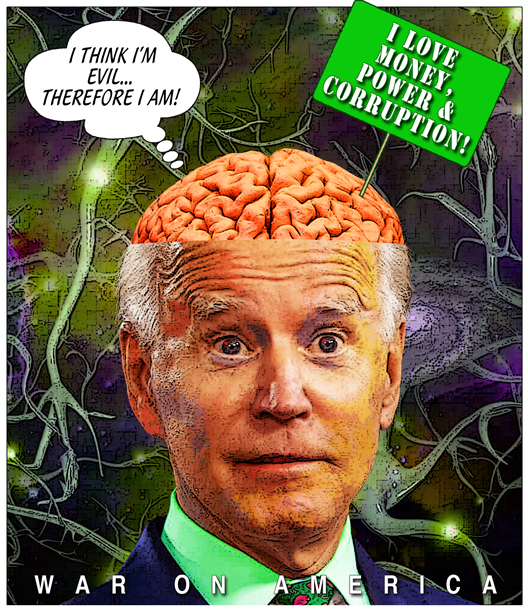 Nearly 40 Republicans have written a letter, spearheaded by Rep. Ronnie Jackson of Texas, former White House doctor to President Trump, asking the 79-year-old to take a cognitive test. So far, Democrats have refused to cede that Biden is in a muddled state.

Ottomire writes, “Imagine that. Democrats are forcing a sick man to stay in office, just so they won’t admit they were wrong. Such a thing could be considered elder abuse and worse. But if they do subject him to a test and he fails, the party would suffer even more in the midterms.”

I have no doubt that Biden is mentally handicapped at this point. But I don’t see the Democrats budging on this. Why?

First, Why would they? Even if Biden is submitted to a test, does anyone half-way familiar with the way Democrats “doctor” records, and have for years, that the American people will get an accurate accounting? Further, Joe Biden was in cognitive decline as a candidate for president, only campaigning out of his basement – yet the American people apparently “voted” him into office. With the integrity of the Biden election at issue here—and continues to be—they are not worried about “elections.”

Second, Biden and the Democrats are crushing the country into socialism more quickly than we can pull out a test and administer it to Joe Biden. With literally millions pouring through our southern border on a yearly basis, without so much as going through a turnstile, the pro-Democratic Welfare State of uninformed voters grows exponentially. The Republican response? “Demand” Biden take a cognitive test. Mmm.

As a matter of fact, the Border Patrol, as Angie Wong of The Post reports this week, after having spent several days on the border: The Border Patrol “ “has changed from an enforcement agency to a concierge service.”

Worse still she writes that “The southern border of the United States has become a suggestion, a line that vanishes a little more each day.” Even worse than that is the fact that not only is Joe Biden flagrantly violating U.S. Law each and every day, but is now actively working with the cartels and coyotes, coordinating on “when and where drop-offs will happen.”

Dan Stein, the president of Federation for American Immigration Reform (FAIR), adds that, according to the official government documents that came out this week recounting the low numbers of illegals deported in 2021, that “for all intents and purposes, the Biden Administration has implemented the radical left’s goal of abolishing ICE.”

As FAIR puts it, Without common sense limitations on immigration and the resulting population growth, virtually every social cause is lost.

Perhaps most frightening is the following, posted on February 7, on the DHS website:
“DHS remains committed to proactively sharing timely information and intelligence about the evolving threat environment with the American public,” said Secretary Alejandro N. Mayorkas. “We also remain committed to working with our partners across every level of government and in the private sector to prevent all forms of terrorism and targeted violence, and to support law enforcement efforts to keep our communities safe. This NTAS Bulletin outlines the key factors that have increased the volatility, unpredictability, and complexity of the current threat environment, and highlights resources for individuals and communities to stay safe.”
The United States remains in a heightened threat environment fueled by several factors, including an online environment filled with false or misleading narratives and conspiracy theories, and other forms of mis- dis- and mal-information (MDM) introduced and/or amplified by foreign and domestic threat actors. These threat actors seek to exacerbate societal friction to sow discord and undermine public trust in government institutions to encourage unrest, which could potentially inspire acts of violence. Mass casualty attacks and other acts of targeted violence conducted by lone offenders and small groups acting in furtherance of ideological beliefs and/or personal grievances pose an ongoing threat to the nation.

There you have it. Targeted as “terroristic threats” are those disseminating “misinformation” and “disinformation.” Any party that “undermines public trust in government institutions” is a terrorist. “Sowing discord” –like the truckers in Canada—is an punishable offense.

And the strongest Republican response to this open WAR AGAINST AMERICA is Milquetoast Mitch McConnell’s “wait until the next election” rhetoric or 38 Republicans “demanding” Joe to take a cognitive test. I say, the Dems are going to have the last laugh if something else is not done, and quickly.