Bill Lockwood: Preparing for the Revolution 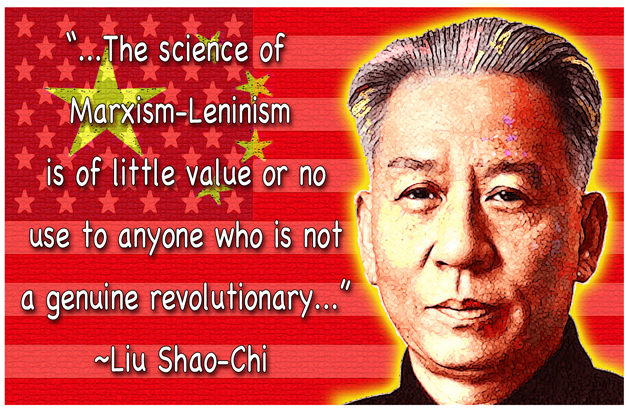 What exactly is occurring to America? We have erased our borders. Since Comrades Biden and Harris took the reins they have purposefully and illegally poured 2 million of the world’s poor Hispanics into our nation. Many more are on their way. Is this simply the result of “policies gone awry?” Is this all simply about importing more Democratic voters? Or, does diluting the population with millions of more welfare minorities from third world countries have a more sinister angle?

Consider the fact that, since the time of Barack Obama, the black communities in America have been mobilized for violent action, beginning at Ferguson, Missouri, where the Obama team inserted itself and maliciously fomented violent riots. Black Lives Matter, a communist organization, was born during his period. With the assistance of Antifa, another communist group, mobs rioted, looted, killed and burned their way across America in the summer of 2019—with the sponsorship of those today in power.

Wonder if this could happen again? Anger and violence continues to grow in America. Before looking at the end goal, let’s note the root.

Revolution and the Fundamental Transformation of America

Increasing anger and hate is traceable to the anger of Karl Marx, whose specter walks the halls of universities and colleges and whose philosophies are being ingrained in millions of collegiate “useful idiots”—as Vladimir Lenin called them. In his blockbuster new volume, The Devil and Karl Marx, author and professor Paul Kengor thoroughly documents how Marx’s demonic anger flowed through his economic theory and called for action—for violent revolution.

Recall that Barack Obama called for a fundamental transformation of American society, which merely echoed his real tutors, Marx and Engels through figures such as Frank Marshall Davis and Bill Ayers. Marx explained that in order to achieve “communist consciousness, and for the success of the cause, it is necessary that man himself should suffer a massive change.”

This change could only come about through “a revolution”, a process of “overthrowing” the old “filthy yoke and founding a new society only in a revolution.”

Liu Shao-Chi was the Chairman of the Peoples’ Republic of China and head of state from 1959-1968. In his 1965 book, How to be a Good Communist, he sums up the fact that Marxism-Leninism is the “science of revolution.”

Marxism-Leninism is the science of proletarian revolution, the science by which the working class builds socialism and communism … The science of Marxism-Leninism is of little value or no use to anyone who is not a genuine revolutionary, who is not a proletarian revolutionary to the core, who does not want to bring about socialism and communism throughout the world and emancipate mankind, to anyone who does not want revolution or is unwilling to carry it through to the end and wants to stop half-way.

Reading Marx and other socialists such as Shao-Chi is a good antidote against the childish notion that Marx was only about “theory” and that the real teeth was later put into the movement by Vladimir Lenin. “’Without revolutionary theory there can be no revolutionary movement.’ But Marxism emphasizes the importance of theory precisely and only because it can guide action.” Action. Marx was all about action. The proletariat (working class) against the bourgeois (property-owners).

This revolution is already underway in America. It has come to us in the modern form of Critical Race Theory, an offshoot of Marxism. In pop culture it is called Woke Ideology, which, like its father Karl Marx, is atheistic in nature, and provides a seed-bed for revolution.

A fabulous read by one who lays it all out in a nutshell is the book Awake, Not Woke: A Christian Response to the Cult of Progressive Ideology, by Noelle Mering. Ms. Mering explains what is Woke Ideology.

The term woke refers to the state of being alert and attuned to the layers of pervasive oppression in society. While it originated specifically with regard to racism, it has since broadened to include all areas of social oppression commonly considered to be along the lines of gender, race, and sexuality. Specific acts of injustice are used to serve the larger goal of furthering the ideology that sees all of human interaction as a power contest.

The CRT simply substitutes gender, race and sexuality for Marx’s bourgeois and proletariat. The game has not changed. Stir the underclass with dissatisfaction. Stoke resentment of the “peasants” into fierce rage.

Sweeping through present day America is the fire and rage of long simmering cultural revolution that has boiled over into months of violence and rage in the streets. Bystanders are accosted by angry mobs demanding they raise a fist in their air in support of Black Lives Matter. Crowds descend on residential neighborhoods in the middle of the night with bullhorns chanting profanity-laced screeds for residents to literally and figuratively ‘Wake Up.’ … Like the revolutionaries in Maoist China, their goalposts move swiftly from justice to vengeance to abolition—of the police and ultimately of authority itself.

In the end, the entire movement is destructive in nature and revolutionary in orientation. This is what is occurring in America with rapid speed. This is why Joe Biden flagrantly violates not only the immigration laws in our nation but is openly practicing human trafficking as he transports illegals into various cities in the middle of the night. This amounts to a standing army.

How is this going to work, you might ask? Good question. Imagine for a moment that an anti-Establishment Republican such as Donald J. Trump were to be elected into the presidential office again. Imagine further that his agenda includes turning back the ungodly and unconstitutional Roe v. Wade abortion decision. Or, just suppose that there might stand up enough solid Republicans with him to reverse the Obergefell decision that allowed for homosexual marriage in our nation.

I ask you: what are the streets going to look like when this occurs? Exactly. Now you know what the Left is up to.