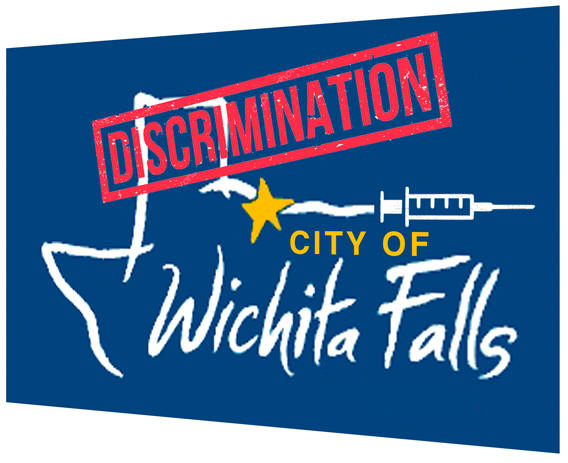 Discrimination definition from Merriam-Webster
discrimination noun
dis·​crim·​i·​na·​tion | \ di-ˌskri-mə-ˈnā-shən
Essential Meaning of discrimination:
the practice of unfairly treating a person or group of people differently from other people or groups
of people

Most people know the definition of discrimination, particularly when applied to certain
situations such as race, age, gender, housing, disabilities. We have all become very sensitive
and responsive to these issues. But now we are seeing discrimination that may not be
recognized as such. Let me explain.

City managers, local judges, and others are now deciding who qualifies for sick leave payment
based upon their Covid-19 vaccination status. The assumption has been vaccination results in
immunity. That assumption might have been valid one year ago but the science and the data
now overwhelmingly demonstrates vaccine status does not equal immune status with these
genetic “vaccines” for Covid-19.

Try to look at it this way: Could an employee donate their sick time into the pool and specify
that it only be used for white people? How about someone of Christian faith specify their sick
time only be given to fellow Christians? If you are a follower of Islam or the Jewish faith, well,
no sick time money for you. What if the city manager is Republican and decides the sick leave
policy only applies to Republicans and not to Democrats?

Of course, these are absurd examples and would be immediately rejected and the person
proposing such a thing would be rightfully labeled a racial or religious bigot. And what does
politics and political party affiliation have to do with infection and sick leave? Obviously,
nothing.

Paid sick leave is to be about the objective determination of health status, not vaccine status.
Unfortunately, the public health establishment led by the CDC and what has become to be
widely recognized as the politicized Covid response narrative, have convinced local political
and business leaders and half of the population that vaccine status determines a person’s
immune status.

Even a casual review of the Covid 19 infection data of the past few months, and particularly
with the emergence of the omicron variant, would lead a reasonable person to conclude a
“vaccinated” person is infected as easily as an unvaccinated person. The Covid “vaccines”
have not delivered on what was promised.

But don’t just take my word for it. Even the CDC, has now said the “vaccinated” are infected
and transmit the virus as easily as the “unvaccinated”. And the “unvaccinated” is not a
monolithic group, but rather, a group comprised of both never infected and previously infected
people. The previously infected now have natural immunity and are less likely to become
reinfected than the “vaccinated” group. The CDC has now finally recognized natural immunity
to the Covid virus is superior to vaccine immunity.

Just like the discriminatory practice of restricting sick leave based upon racial, religious, or
political party affiliation, basing sick leave only upon “vaccine” status is discrimination, straight
up, and has nothing to do with the public health goal of reduced transmission of the virus to
others.

And keep in mind the often raised argument for vaccination to reduce severity of disease is a
treatment argument and not a vaccination argument. The primary public health indication for
vaccination is to reduce infection, replication, and transmission of a virus. These genetic
“vaccines” have been shown to have failed those public health endpoints. These inoculations
may reduce severity of disease in the high risk patient, but that is not the issue when decisions
are being made about 5 days paid sick leave.

So let us move beyond uninformed and misinformed perceptions of the science and beyond
the politics of division and discrimination as we make decisions dealing with this scourge of
Covid 19. Sick leave pay should not be based upon “vaccination” status.