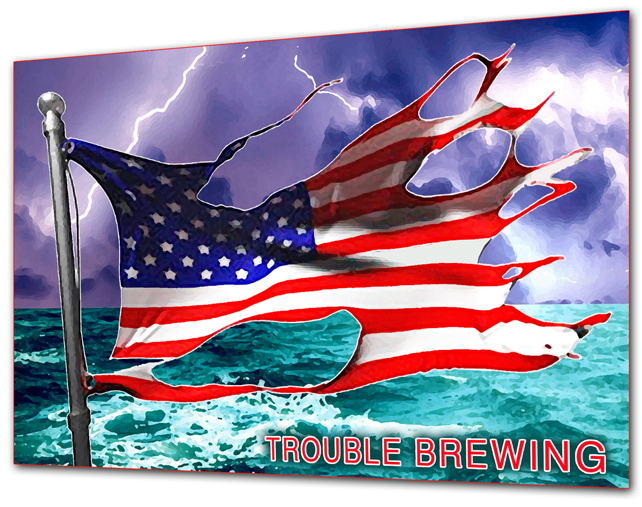 The unraveling of the American culture and society is neither a sudden nor unexpected phenomenon. What is witnessed today is the deterioration of our national foundations from folly in the past decades. A horrible reality is now appearing. The representative republic is morphing into a totalitarian state. An arrogant elite is issuing “mandates” that are enforced as legislated laws.

The anecdotal validation of this transition is undeniable. Its comedy and senselessness would be entertaining except for the escalating suffering by those in opposition. Incrementally those who live in denial of this transition are beginning to realize the evil reality. Their denial “such cannot happen in the USA,” is being exposed as unreal.

The explanation as to how and why this transition is occurring is an interesting study and will consume volumes in future historical analysis. The erosion of individuality, the advocacy of excellence and exceptionalism, and the governing by representation will be studied as hallmarks of our “history past.”
Many will read our history in unbelief. They will be perplexed as to why the citizens, of such an amazing nation, would allow such to occur. The readers will be mystified that the governing separation of powers and the checks and balances designed to safeguard our Republic, were so easily circumvented.

I love the way that past history charts the future and explains the present. It is undeniable. It is ignored. It is reimagined and reinterpreted. But the basic principles and outcomes of history are always the same.
Hannah Arendt is an interesting person. She preferred to describe herself as a “theorist” and not a philosopher. She is embraced by all in the philosophical spectrum.

Here is one quote succinctly framing the current thinking in America: The ideal subject of totalitarian rule is not the convinced Nazi or the dedicated communist, but people for whom the distinction between fact and fiction, true and false, no longer exists.

Read it again…why is it that some are so blind, or so accepting, or so insulated from today’s political, moral, religious, and social crises? Arendt answers, “These have lost the ability to discern. They confuse fact with fiction and truth with lies.”

When the ability, or willingness, of the citizens to discern is removed, they become senseless soldiers marching to the messaging of their masters. Two separate groups eventually develop—the RULERS and the RULED. The Rulers masterfully utilize fear to manipulate the Ruled into desired behaviors.
This is the essence of totalitarian governing…the Ruled do not have basic personal rights because the Rulers decided everything for them!

Illustrating this is the amazing announcement that North Korea bans laughing for 11 days during mourning for anniversary of Kim Jong-Il’s death. The North Koreans have been banned from laughing for 11 days as the totalitarian country commemorates the 10-year anniversary of the death of Kim Jong Un’s father and predecessor, Kim Jong Il. “During the mourning period, we must not drink alcohol, laugh or engage in leisure activities,” a resident of the northeastern city of Sinuiju told Radio Free Asia’s Korean Service. Even grocery shopping is banned on the exact day of the elder Kim’s death — December 17.

The average American citizen hears of North Korea’s totalitarian oppression, shrugs and says, “That’s not us. That will never happen here in the ‘home of the free.’” Such is the confession of the controlled citizen. As Arendt observes, these are “people for whom the distinction between fact and fiction, true and false, no longer exists.”