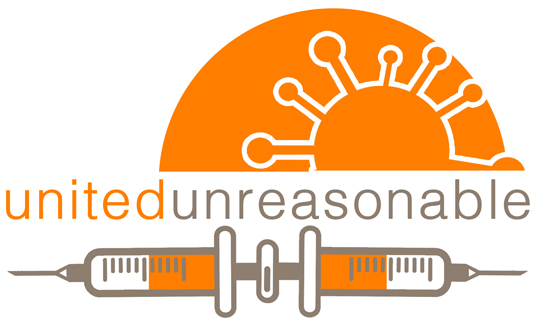 1. Proponents of the vaccine mandate for medical staff and employees at United Regional Hospital give the following reasons to justify the mandate: 1. The hospital is a private business and a private business can require what they think is best for their business.

Counterpoint response:
— A hospital cannot be compared to private business such as Chili’s or a United Market who do not receive Federal and State tax dollars.
— However, a hospital is considered “private” if it is owned and run by persons or entities who are not of the government and the hospital is not wholly supported by the government (taxpayers).
— This “private” definition appears on it’s face to be archaic and of a time when hospitals were not substantially supported with tax dollars from the government.
— Hospitals became immediately compliant with enforcement of the vaccine mandate when threatened with loss of Medicare funding from CMS.
— Hospitals stated they could not financially survive loss of the CMS funding.
— Tax money has been used to pay for the high-priced “traveler” nurses who have been working the shifts at hospitals because of a staff shortage due, in part, to the vaccine mandate.
— Hospital administrators may not directly be government employees, but the recent vaccine mandate events illustrate the Federal government actually runs the hospital and pays their generous salaries and bonuses.
— Additionally, United Regional Hospital (URH) has a Foundation that receives tax deductible donations which fund various projects including building expansion and renovation.
— URH occupies a government-supported monopoly position as the only full-service city/county designated hospital for a several county region in North Central Texas.
— URH is now citing their “private” status in order to defy the Federal District Court of Louisiana preliminary injunction which IMMEDIATELY ENJOINS and RESTRAINS the implementation of the CMS mandate.
— URH defiance of the November 30, 2021 issued nation-wide injunction is in violation of the spirit of the ruling and completely ignores the legal, medical, and scientific reasoning behind the injunction
— URH is also choosing to violate Governor Abbott’s October 31, 2021, Executive Order GA 40 which states “no entity in Texas can compel receipt of a COVID-19 vaccine by any individual, including an employee or a consumer, who objects to such vaccination for any reason of personal conscience, based on a religious belief, or for medical reasons, including prior recovery from COVID-19”.
— URH is now proceeding with the choice of coerced vaccination or employment termination for all employees and medical staff.

2. All of the employees and attending medical staff need to be vaccinated for the protection of the patients.

Counterpoint response:
— The CDC, the NIH and numerous studies in the U.S. and other countries have revealed the infected “vaccinated” person transmits the virus as easily as the “unvaccinated” infected person.
— mRNA drug “protection” wanes after 4-6 months and offers limited effectiveness against the variants.
— Hospitals in highly “vaccinated” European countries such as Israel and the UK are treating critically ill and dying covid infected patients who are “vaccinated”.
— Natural immunity confers broad, robust, and long-lasting immunity and protects against the variants.
— Phyllis Cowling, CEO of URH, proudly stated in a video this year that there has been no confirmed case of hospital staff infecting a patient.

3. All of the hospital employees and staff need to be vaccinated so we do not lose staff to the virus and then be understaffed.

—The coerced resignations (firing) of current employees is resulting in understaffing and hiring of “travelers” at a much higher cost and less experienced with no ties to our community.

4. Hospitals are forced to mandate vaccines as CMS is now mandating all hospitals who receive Medicare funds to require all employees and others who provide services to the hospital to receive the Pfizer, Moderna or J&J shots.

Counterpoint response:
— This is actually the only valid reason for the hospital to comply with the vaccine mandate and it is a purely economic reason with no legitimate science backing.
— If CMS mandated on-demand third trimester abortions, would URH comply? How about gender reassignment surgery for children, without parental consent?
— The CMS mandate followed the FDA “approval” of the Pfizer shots. However, that “approval” was for the “Comirnaty” version, not available in the U.S. until later in 2022.
— Mandating an experimental drug without informed consent is a violation of the Nuremberg Code established after WWII to prevent Nazi-like medical tyranny.
— The CMS mandate represents authoritarian medical tyranny and is all about control and nothing to do with the public health of the citizens it purports to protect.
— Many political and legal authorities and scholars consider the CMS mandate to be unconstitutional and 27 states, including Texas, have sued the Federal government in regards to this unlawful intrusion into our lives.

— It is hoped the US Supreme Court will strike down this CMS overreach as the Fifth Circuit Court did the Biden mandate that was to be enforced by OSHA.

5. The unvaccinated with exemptions will be required to wear N-95 masks for their entire shift, socially distance from the vaccinated staff, and undergo weekly Covid testing.

Counterpoint response:
— This requirement has not been specified by the CMS mandate and apparently originated within the Administration of URH as an additional coercive and punitive measure for those defying the “vaccine” mandate. “Rules for thee, but not for me”.
— There is no recognition in this statement of people with natural immunity who are the least likely to have a breakthrough infection.
— In the often quoted Israeli study, the “vaccinated” are 13 times more likely to experience a breakthrough infection and 27 times more likely to become ill enough to require treatment or hospitalization compared to the person with natural immunity.
— Wearing an N-95 mask and social distancing is discriminatory and “marks” the employee as “dirty” or “less than” (Jews had to wear a yellow star on their chests in Nazi Germany). This requirement serves as nothing more than another coercion tactic to take the mRNA shots.
— Wearing an N-95 mask for an entire 12 hour shift is abusive, uncomfortable, and unhealthy for the wearer and leads to deviations in wearing protocol resulting in lower effectiveness.
— Ethylene oxide is used to sterilize the nasal swabs used for the Covid tests URH is requiring for weekly testing of the unvaxxed. Ethylene oxide is a known carcinogen with no known dose threshold for causing leukemia, lymphoma, breast and stomach cancer. In other words, any exposure is ill-advised.
— If N-95 masks and weekly Covid testing is considered necessary within the hospital environment, then the dictum should be equally applied to the “vaccinated” and the unvaccinated, including the hospital administration, so as not to be discriminatory.