Bill Lockwood: The Black Community & The Disintegration of America 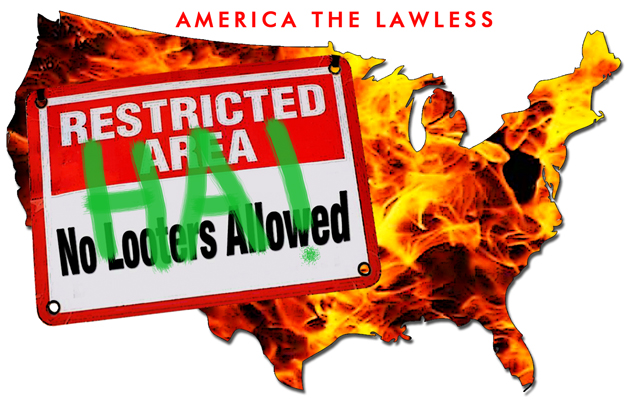 That love of order and obedience to the laws, which so remarkably characterize the citizens of the United States, are sure pledges of internal tranquility—Thomas Jefferson.

The disintegration of America is happening before us in slow motion. We are witnessing the complete erosion or our society by violence and mayhem, deliberately brought about by leftist policies that are completely hamstringing not only law-enforcement, but the entire adjudication process as well. In this wake, smash-and-grab gangs of mostly black thugs are now smashing store windows in major cities and robbing merchants blind.

One area where this is particularly harmful is found in dealing with criminal behavior among the black-communities of America. Running from the slur “racism,” the majority-culture has allowed soft-on-crime policies to go unchecked when it comes to minorities. From the school-house to the court-house, to the open-border sponsored by the Biden Administration, a consistent enforcement of rules is a thing of past.

Heather Mac Donald is the Thomas W. Smith Fellow at the Manhattan Institute. She is also a best-selling author of many books on cultural issues as well as contributing editor of City Journal. She appeared as a guest on the Tucker Carlson show (guest-hosted by Brian Kilmeade) a few days ago and offered what I consider to be the best “in-a-nutshell” analysis of what is going on in America. Below is the transcription I made.

They were discussing specifically the ending of “cash-bail” for minorities, particularly in light of the Christmas parade homicides committed by Darrell Brooks, Jr. in Waukesha, WI on Nov. 23. Heather Mac Donald speaks first about the growing lawlessness in our society.

She mentions “disparate impact.” This is the concept that policies and procedures and rules appear to have a “disproportionate” impact on minority groups. The assumption is that more blacks are incarcerated, or ticketed, for example, because whites are racist in application of the law. Mac Donald shows that this is nonsense.

Heather: “Brian, we are witnessing the disintegration of civilization right before our eyes. When massive numbers of individuals know that they can rampage through stores, plundering and looting, confidant of their immunity from the law, there is nothing left of the civilized order. The protection of property is the cornerstone of a stable, prosperous society. Merchants have to know they can put their goods in the stream of commerce without being robbed blind.

“Now, the common thread in the shameful looting, in the Waukesha Christmas parade murders, and rising gun violence, is the concept of disparate impact. And unless that concept is explicitly refuted and rejected there’s no way we are going to get a handle on this rising crime.

“The reason that felony theft laws are not being enforced, and the reason Darrell Brooks was put back onto the streets despite an active warrant and a 50-page rap sheet is because enforcing theft laws, … requiring bail, has a disparate impact on blacks.”

Continuing, she adds, “But law enforcement has a disparate impact on blacks, not because its racist, but because the black crime-rate is so high.

“But when you stop enforcing the law in order to avoid disparate impact its blacks who are hurt the most.”

Brian: “Look at the stats; raw numbers. More Blacks are committing crimes than other minority groups, than whites.” “That’s why the arrests are greater and that’s why they are more in jail. Is that what you are saying?”

Heather: “Absolutely. Law enforcement is a function of criminality. It is not driven by racism. The blacks die from homicide at 13 times the rate of whites, that’s because they are committing homicides at 13 times the rate of whites. In NYC, … blacks commit about 75% of all shootings, … even though they are only 23% of the population.” “Whites commit less than 2% of all shootings though they are 34% of the population.”

“So, the solution here is not to stop enforcing the law. That means more mayhem, more deaths. The solution is to tackle – despite what Chesa Boudin (San Francisco DA) thinks is the root cause of crime … he would say poverty and racism—the root cause of inner-city crime is family breakdown.” “As long as that problem goes unaddressed our only solution is to enforce the law in a color-blind just fashion.”