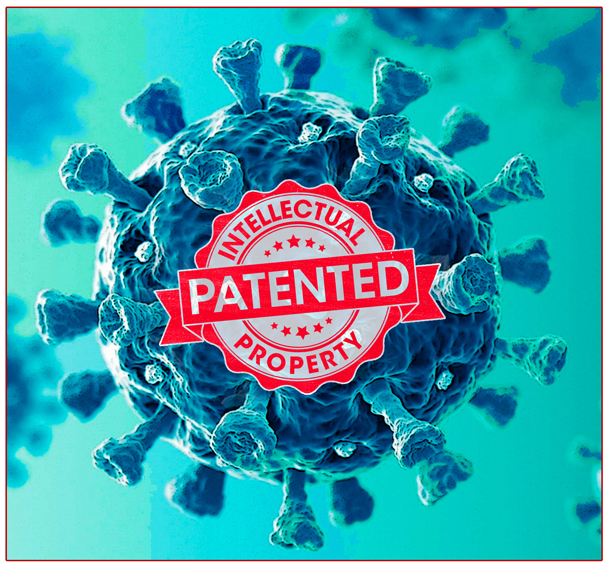 We have all been on quite a ride during the past two years. Lockdowns, arresting people walking alone on a beach, disinfecting the surfaces of everything including boxes arriving from Amazon (“leave them on the porch in the sun for 2 days before bringing them inside”). Going to church or singing in the choir became “illegal”. High school kids forced to wear masks while outside running track. Outdoor church services disrupted by police. Daily White House press briefings, “case” numbers, hospitalization numbers, death numbers. Boarded up exercise gyms but wide-open Walmarts and Costcos.

As a physician, it is important to remain un-biased when reviewing medical literature and research papers. But during the past year, it seemed much of the medical data presented was biased. It is best to avoid becoming invested in “conspiracy” theories. Write a couple of papers suggesting one or another conspiracy, and you are immediately “canceled” as a tin-foil-hat-wearing nut case. But why is there such a frantic coercion coming from the government to put this mRNA substance into every American? Old, young, high-risk, low-risk, pregnant, natural immunity – it makes no difference. One size fits all. Everybody gets it. Don’t want it? Too bad, you’re going to get the shots anyway, or lose your job and livelihood. No going to a restaurant or flying on an airplane for you.

Doesn’t that make you stop and wonder what is going on? As we have descended further and further into this and have been besieged with so many conflicting and erroneous opinions coming from the CDC, the NIH, and the World Health Organization, I began widening my thoughts and reading about the history and origins of the corona viruses That led to stumbling into what has been written about the corona virus patents that have been filed dating back to 1999.

Patents? What does that have to do with Covid-19 and all that we have been through since January 2020? What do patents have to do with public health? It is understandable that if a drug company invests time, money, and research into developing and manufacturing a drug or vaccine for the treatment or prevention of a disease, they should be able to patent their discovery and receive a financial reward. The capitalist system encourages and promotes innovation that can enrich our lives.

But how can you patent a virus that occurs in nature? How can you patent a gene sequence on a portion of a virus? How can you own that? Is the answer that it represents “intellectual property” owned by the discoverer or, more specifically, the entity who altered that gene sequence? Well, the government apparently answered those questions in 35 US Code Section 101. That section defines what qualifies for a patent. Look it up; it’s easy to on-line search.

The Section states: Whoever invents or discovers any new and useful process, machine, manufacture, or composition of matter, or any new and useful improvement thereof, may obtain a patent therefor, subject to the conditions and requirements of this title.

Now go to Manual of Patent Examining Procedure (MPEP) 2105 which deals with patent eligibility of living subject matter. Prior to 1980, it was widely believed that living subject matter was not eligible for patenting. However, in 1980, a Supreme Court decision (Diamond v. Chakrabarty) ruled on a dispute involving a genetically engineered bacterium, and stated “the question of whether an invention embraces living matter is irrelevant to the issue of patent eligibility. Living subject matter with markedly different characteristics from any found in nature, such as the claimed bacterium produced by genetic engineering, is not excluded from patent protection”. In other words, if the living matter has been synthetically or artificially altered from that which occurs naturally, the modification can be patented.

So, I guess that answers the question of how the players in the recent history of the Covid virus could patent a 3 gene sequence alteration in the s spike protein of the Covid virus and look forward to the development of the “vaccine” to “solve” the problem perhaps created by their genetic engineering. After all their hard work, they could then sit back and enjoy the resulting cash bonanza amplified by pandemic fear and vaccine mandates, all for a respiratory virus with an overall infection fatality rate (IFR) of 0.2% (WHO data). I know, high risk groups (ie old folks) have a higher mortality rate when infected (CFR or case fatality rate). But the overall rate is estimated at 0.2% when you factor in the estimate of the denominator (total number of infections in the community).

So, who are the “players”? Apparently, there are a lot of players as there have been over 4,000 patents issued around the Severe Acute Respiratory Syndrome (SARS) Coronavirus. Opportunity attracts money, or rather, taxpayer money attracts opportunists. In 2005, a British Medical Journal article was critical of Dr. Tony Fauci and his deputy Clifford Lane when it was revealed the NIH had received $56 million in royalties for its discoveries. The NIH said that was put back into research (probably true) but taxpayer funded grants and research royalties pay salaries and bonuses and those can often be generous.

M-Cam International Innovation Risk Management is the world”s largest underwriter of intangible assets in 168 countries and has also monitored biological and chemical weapons treaty violations on behalf of the US government following the anthrax scare in September 2001. This company audited much of the 4,000 patents related to SARS-Covid and found that knowledge of the gene sequence of the s spike protein goes back to the year 2000.

Anthony Fauci and the National Institute of Allergy and Infectious Diseases (NIAID) found the malleability of Coronavirus to be a potential candidate for HIV vaccines. Fauci holds patents on 4 products related to the HIV taxpayer funded research and the technology in those patents was utilized in the mRNA development. In 1999 he funded research at the University of North Carolina Chapel Hill. In 2002, the NIAID succeeded in developing an infectious replication-defective Coronavirus (it could infect but not replicate) that was specifically targeted for human lung epithelium. In other words, they made SARS and US Patent 7279327 was issued on 4/19/2002. Several months later, the first SARS outbreak occurred in Asia.

From an interview with Dr. David Martin (CEO M-Cam): So in 2002, US Patent 7279327 “clearly lays out in very specific gene sequencing, the fact that we knew that the ACE receptor, the ACE 2 binding domain, the s1 spike protein, and other elements of what we have come to know as this scourge pathogen, was not only engineered , but could be synthetically modified in the laboratory, using nothing more than gene sequencing technologies, taking computer code and turning it into a pathogen or an intermediate of the pathogen”.

In April, 2003, after the SARS outbreak in Asia, the CDC tried to file a patent for the entire gene sequence for the SARS coronavirus (Patent no. 7220852). This was a violation of 35 US Code Section 101, which states you cannot patent a naturally-occuring and unmodified substance. The CDC had also filed a patent to have the means to detect the virus using RT PCR testing. This was a cunning attempt to not only control the origin of the virus but also its detection, meaning the CDC would have the entirety of the science and the message control. The U.S. Patent Office rejected the patent on the gene sequence as unpatentable because it was 99.9% identical to a coronavirus that was already in the public domain. The CDC would not take no for an answer, and overode the patent examiner’s rejection and obtained the patent in 2007. There are lots of other players involved in the past 20 years leading up to the pandemic onslaught of the past 2 years. Besides the CDC there is the NIH, the NIAID, the FDA, and who knows how many other 3-letter agencies. Not to be left out of the financial action, 50 members of the US House and Senate own large stock positions in Pfizer worth tens of millions of dollars.

Dr. Ralph Baric of University of North Carolina deserves dubious mention as he is credited with much of the gain-of-function research that has taken place. Both he and Dr. Peter Daszak (head of the EcoHealth Alliance) have worked with the Wuhan Lab in China and funneled millions of dollars to that lab for research including gain-of-function which they and Dr. Fauci have subsequently lied about.

The full truth of the origin and the political exploitation of the SARS-CoV-2 virus and the global disaster it has caused is only beginning to be told. The paper trail of patents enlighten and provide some transparency to the story. It is now recognized the virus did not jump to humans from the Wuhan wet market and it appears it did not develop in any natural, biologic and evolutionary way. It is disturbing that the same government that has ownership and financial profit interest in the intellectual property of the Covid virus and the development and sale of the “vaccines”, is the same government that is now coercing, mandating, and enforcing (via OSHA) that all Americans receive the mRNA shots. What is the precedent for this? Is there not a conflict of interest problem in there somewhere?

If you can not get your head around all this, think of it this way. The federal government buys (confiscates) either part or all of Tesla from Elon Musk. The Feds then mandate that if you want to drive on the highways, you must purchase an electric vehicle from Tesla and that will be enforced by the Department of Transportation. This is all necessary and required because of the public health issue of climate change. If you don’t have a Tesla, you will be calling Uber, and they will be driving a Tesla. See how that works? The Feds and the various players get richer and you lose more of your liberty and freedom.

So what is the take-away from all this? If you are employed or invested and live in the virology research world, then patents on the gene sequences of viruses that occur in nature are all in a day’s work. But for all of us potential vaccine recipients out here, the filing of more than 4,000 patents on corona viruses is evidence there is a whole lot of money to be made when the researchers, the CDC, the NIH, the WHO and the FDA team up with Big Pharma and mandate we take into our bodies what they brewed up in their labs. Engineer it so we need boosters every 6 months and also mandate it for our children, and there will be bountiful income streams for years to come (Pfizer is already up $85 billion). Share some of that revenue with the politicians and the legal community, and this cabal of collaborators will be untouchable. Bring along the media and suppress, intimidate, and cancel any rational objections. The uninformed and the misinformed will become the “useful idiots” to further promote this malicious, self-serving nonsense. Submit, and take the shots. Or, as an alternative, you can just say no and tell them all to stick it somewhere else.