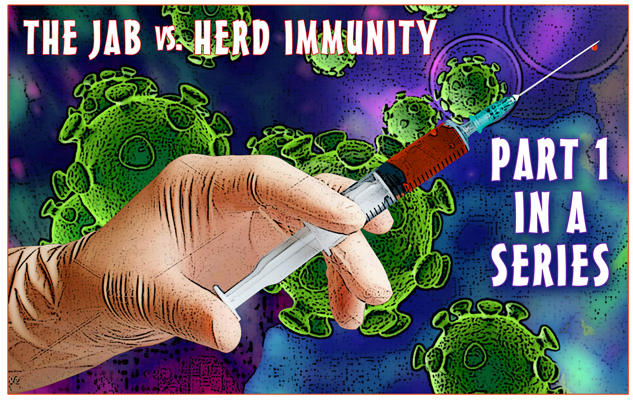 The purpose of a vaccine is to prevent an infection, or lessen the severity of an infection if a person were to become infected. From a public health standpoint, the purpose of a vaccine is to reduce and hopefully prevent the spread of a virus within a given population. It was concern for public health that resulted in a Supreme Court ruling in favor of a mandate for inoculation with the vaccine for smallpox in 1905 (Jacobson v Massachusetts). Subsequently, 100 years of Supreme Court and state case law have solidified vaccine mandates in the American public health arena.
It is worth noting smallpox was highly contagious, had a 30% mortality rate, and was disfiguring in survivors due to the skin lesions. Prior to the landmark 1905 decision, the smallpox vaccine had been found to be highly effective in preventing infection. Scientific discovery of a smallpox vaccine began in 1796 when Edward Jenner used material from a skin lesion on a cow (cowpox) to inoculate people and prevent smallpox. Cowpox was used until a more modern vaccine was created in the mid 1900’s.

The historical precedence and success of vaccines for smallpox, measles, mumps, rubella, polio, and hepatitis has been highly referenced to support mandates for the inoculation of the mRNA drugs for Covid-19. However, there are important differences in the development and effectiveness of the drugs. The MMR, hepatitis, smallpox, and polio vaccines had much longer development times and phase 3 clinical trials typically lasted years. The overall effectiveness of these vaccines approach 100%. Durability of immunity is measured in years, and often last a lifetime. By comparison to the mRNA drugs, there was minimal reporting of complications in the CDC VAERS data for the vaccines over the past 30 years Vaccine hesitancy and opposition to the mandates most often focuses on the following: liberty and freedom to choose (“my body, my choice”), the abbreviated clinical trials and FDA approval schedule which is unprecedented, the lack of long-term complications data for the injections, the average 98-99% survival rate of the virus (nearly 100% survival in children), the emerging poor efficacy and durability of the mRNA drug, and the CDC VAERS data of complications and deaths following administration of the mRNA drugs. The frantic coercion now being applied in the enforcement of the mandates is also leading to resistance.

But here is the important point in regards to the current mandates: the mRNA vaccines we currently have, unfortunately, do not meet the standards set by previous vaccines,upon which rests 100 years of Supreme Court and state case law now being referenced to support “vaccine” mandates. The effectiveness of the Pfizer shots are down to 39-41% to prevent infection and the CDC admits the mRNA shots do not prevent viral spread by infected, vaccinated people. The CDC found it necessary to redefine “vaccine” as providing “protection” but not necessarily “immunity”.
The nasal viral loads of the vaccinated with a breakthrough infection is the same, if not higher, than the unvaccinated with a Covid infection. The poor effectiveness and inability of the mRNA drugs to prevent viral spread, negates the public health reasons for the mandates. The supporters of the mandates cite less severe infection and a lower death rate in the mRNA “vaccinated” but the Israeli and UK data argue against that as their current surge and hospitalizations have become a pandemic of the vaccinated.

Throughout all of this discourse, there has been a glaring omission of a very important question and fact. To not discuss this fact must be by design as it is a core fundamental in all of virology, immunology, and is the gold standard to which successful vaccine development has been compared. The question is, “what is more important, vaccine status or immune status?” The answer, of course, is immune status. Vaccines strive to attain immunity. Vaccine status does not guarantee immunity. As stated above, historical and traditional vaccines attain immunity with a very high degree of effectiveness in order to achieve FDA approval for mass vaccination. These mRNA drugs would not have achieved FDA approval using those historical standards.

I had a Covid infection in November, 2020, and did the T cell test 2 months ago and it was positive for T cell immunity. I did the other antibody tests this week and I have IgG and IgM antibodies against Covid-19, antibodies to the nucleocapsid, and my semiquantitative antibody result is 148.0 U/ml (negative is <0.8). In context with
available data and studies referenced in my fact sheet with references enclosed with this document, immunity against

Covid-19 that is robust, broad, and durable is demonstrated. There is mounting evidence the mRNA shots are not safe for the Covid-recovered person with natural immunity. Systemic inflammatory reactions (cytokine storm) and venous and arterial thrombosis have been shown to occur following the immunization. Thus, for the natural immunity person, there is no compelling reason to take the shot for immunity and there is a small risk of a significant vaccine injury.

Hooman Noorchasm, M.D., PhD is an internationally known and respected immunologist and immunology consultant. He recently stated “any move to mandate Americans who had recovered from the virus to get vaccinated was unscientific, unethical and illegal”. He has advocated for diagnostic testing for antibodies to Covid-19 prior to vaccination to see if there is established immunity present and determine need for the shots. He also states up to 30% of those who receive the mRNA inoculations do not establish adequate immunity. He goes on to say patients who receive the shots should be tested later for antibodies to ensure adequate immunization.

The unvaccinated are being presented as a monolithic group with no mention that it is a binary group comprised of Covid-naive and Covid-recovered people. This fact is not being acknowledged by the CDC in their zeal to promote the mRNA inoculations. Consequently, the media and senior leadership at United Regional Hospital are ignoring the established science related to natural immunity that has been shown to be superior to vaccine “protection”. A high percentage of our health care workers are Covid-recovered and would have measurable immunity to the virus. These are the same health care workers that worked all last year and so far this year at URH to provide care for sick, Covid-infected people in our community. To now take a one-size-fits-all approach and mandate these poorly effective drugs of limited durability with the coercion of loss of employment (or staff privileges) is nothing less than unethical, immoral, and possibly unconstitutional.

Note! Click the link and scroll down near the bottom of the page to Table #3.
https://www.cdc.gov/mmwr/preview/mmwrhtml/rr6204a1.htm