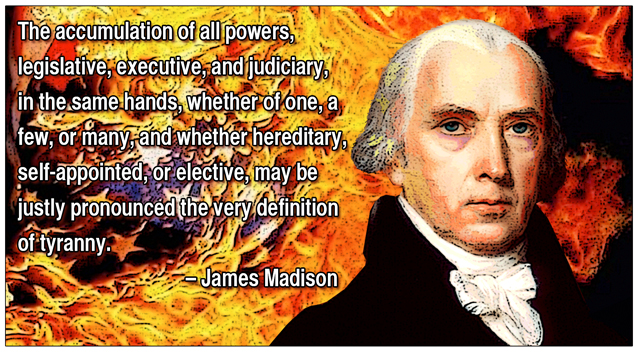 The day our forebears in the Americana have warned about is here. Tyranny. There is no other way to describe President Joe Biden’s pompously mandating the COVID shots for all citizens in American businesses that employ 100 persons or more. Lacking only the enforcement mechanism, the Biden presidency is operating as a dictatorship.

As of Wednesday of this week, twenty-seven governors or attorneys general have vowed to fight President Biden’s mandate that over 80 million private employees receive COVID vaccinations and undergo weekly testing. Putting teeth into the mandate, Biden promises that employers who fail to comply will be fined.

The Biden back door method to implementing such draconian measures is through OSHA—Occupational Safety and Health Administration. So announces his Surgeon General Vivek Murthy, who promised that Biden has a slew of new and greater measures to be unveiled later this week. Vivek went so far as to say: we have to “use every level of government” to tackle this virus.

There you have it. OSHA is a part of the unconstitutional FOURTH branch of government. Truth be told, We the People have allowed unconstitutional actions to accelerate over the past 75—perhaps 100 years– to a degree that now the president feels emboldened to pull off the mask and reveal the dictatorship.

What unconstitutional actions do we have in mind? One illustration out of myriads is the following.

In 2011 Congress passed 81 bills into law. During the very same period, however, federal agencies pushed 3,807 new regulations on Americans. These rules are treated as law. In 2016, federal departments, agencies, and commission issued 3,853 rules while Congress passed only 214 bills into law—a ratio of 18 “rules” for every law.

According to Forbes magazine, the average has been 27 rules for every law over the past decade. From 1995 through December 2016, there have been a whopping 88,899 rules and regulations passed by federal agencies operating beneath the executive branch, but only 4,312 laws for the same period.

This is why federal bureaucrats act dictatorial in that they send out armies of regulatory compliance officers to monitor and enforce regulations, levy fines, make arrests and in general, demand compliance. These officers are unelected and unaccountable to the American people they supposedly serve.

The very first sentence of Article 1, Section 1 of the US Constitution reads, “ALL legislative powers herein granted shall be vested in a Congress of the United States.” Pretty simple. The Constitution does not allow Congress to sublet its lawmaking authority to the president, bureaucrats, or judges. But even more than that. Congress has only those legislative powers “herein granted.” This means that it has no authority to pass any and every law that Congressional members desire, but only those dealing with specific matters delegated by the Constitution.

Patience, tolerance, and constitutional ignorance in the American people do not begin to describe what has been occurring for nearly a century. Anesthetized is more like it. In the Biden Administration we are staring at the very definition of tyranny.