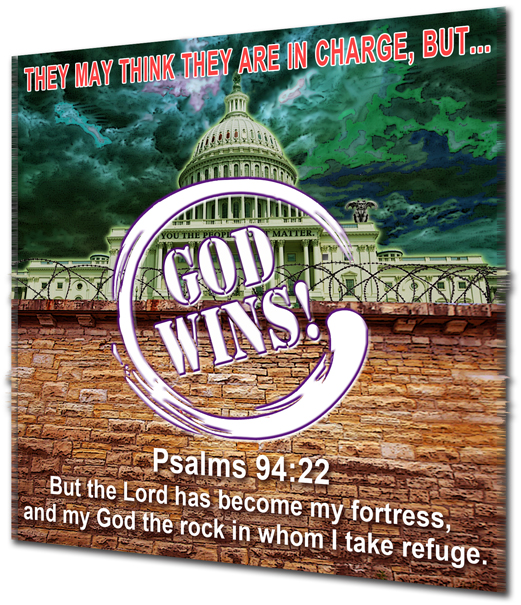 As I write, tens of thousands of Haitians are encamped under a bridge in Del Rio, TX. The numbers of these invaders increases so rapidly that I avoid putting a number on the thousands that are there, knowing that by the time this article is posted it will have swelled further. At the invitation of the Biden Administration they have trespassed into our nation, expecting more unconstitutional distribution of American taxpayer funding.

Last month more than 200,000 people crossed into the United States illegally. Taxpayers are funding the re-location of these invaders, ala the Biden Administration. Predictably, many of these are disease-carrying that threaten our citizens. “What’s coming over into the US could harm everyone,” a Texas Border Patrol agent warns. “We are starting to see scabies, chicken pox, methicillin-resistant Staphylococcus aureus infections, and different viruses.” There are now credible reports of leprosy among the crowds and TB is growing globally.

But it matters not. The borders are wide open to the world under Joe Biden and obviously, these immigrants are not masked and do not have the COVID shots. No, these are the draconian measures the Democrats want American citizens to observe.

This is suffering to the American citizen on a number of fronts—by means of law—or lawmakers who ignore the law.

Marxist-oriented Democratic-supported Black Lives Matter has left a number of American cities in smoldering ruins from the 600-plus violent riots last year. This was a government-sponsored “protest” that included members of Congress. Huge corporations such as Airbnb, Cisco, IBM, Microsoft, Reddit, Snap, Amazon, Gatorade, Nabisco, and many others also donated huge chunks of cash to the anti-American cause.

Political leaders such as VP Kamala Harris even assisted in bailing out the rioters and violence-mongers so that they can loot some more. Concurrently, a huge movement to Defund the Police has gripped major cities such as Minneapolis, Baltimore, and Seattle. This is sponsored, once again, by the Majority Party in Washington, D.C.

That all of this is one-sided, consider the following.

Across the aisle, there is an Iron Muzzle on the “J6” (January 6) Trump-supporting protestors from earlier this year. These were treated differently. Not only did the Capitol Police invite many people into the building and many of those people wandered through peacefully and left again, causing minimal damage, but there is reason to believe that many of the people attending the rally on January 6 were provocateurs, whether from the FBI or Antifa or BLM, “intentionally trying to destroy conservatives.” Some of these are held or have been charged on no more grounds than that of “parading” on Capitol grounds.

Psalm 94: The God of Redress

In the face of a clear multi-tiered justice system in America, tilted to favor radicals and liberals, Psalm 94 speaks of the helpless victims of such corruption. “There is a sense in which they are by definition powerless and helpless.” The psalmist complains about eminent, powerful, important people—because they are faithless (v 2-3). Their faithlessness expresses itself in the way they treat ordinary people—ignoring the real needs of its citizens, while seeking to muzzle conservative opposition. How long with the faithless exult, Yahweh, … they crush your people, Yahweh, they put down your very own (v. 4-5).

The psalmist calls these governing officials “brutes” (v. 8). The question is asked of these, “When will you show some insight?!” Though it does not look like the “brutes” that run our country will come to reality any time soon, the comforting thought is that God notices! (v. 9-15).

God is the one who “disciplines nations” (v. 10). He does “not forsake his people, He does not abandon His very own” (v. 14). Political leaders “are stupid to make [the] assumption about Yahweh’s lack of interest in what is going on in the world.” He will not ignore the situation. Sometimes, however, it may look differently “in the short term” though oppression of the godly will not last in the long run. Authority will eventually “return to its proper basis”—God-given liberties. And then people will be able to “support the government rather than protesting it.”

The highlight comes at v. 20. Can the throne that brings destruction [unjust governments] ally with You [God]? Someone who creates suffering by means of law? That is, frequently, governments themselves, instead of enforcing law to protect its citizens, actually “create suffering” by their unjust laws. This causes in us “anxiety” (v. 19)—but God is our Rock of Refuge (v. 22). God will settle it all.