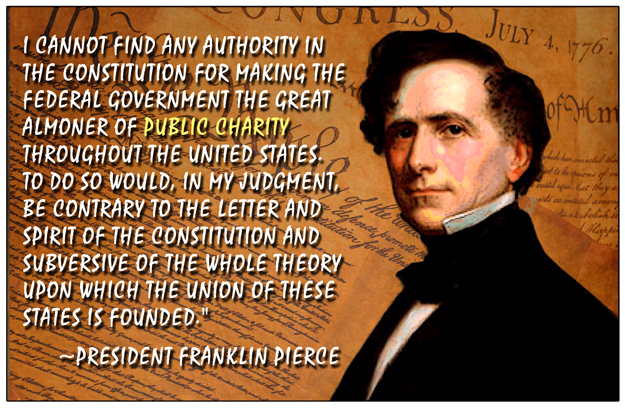 Our borders are completely out of control; our welfare state has become overburdened with every form of “benevolence” that any politician might image; and the bureaucratic Biden Administration now looks more like a communistic regime ordering draconian COVID shots for private businesses than a guardianship of liberty.

Make no mistake. This is the hour of trial for America. It is the Constitution – the fundamental law of our nation — that is being trashed.

The official National Archives Website has added a trigger “WARNING” to all readers of THE US CONSTITUTION, THE DECLARATION OF INDEPENDENCE, AND THE BILL OF RIGHTS. The cautionary label warns about the “harmful language” in these documents.

The “trigger warning” by our own government reads: As part of the National Archives’ “institutional commitment to diversity, equity, inclusion, and accessibility,” we are now flagging “potentially harmful content,” which we define as reflecting “racist, sexist, ableist, misogynistic/misogynoir, and xenophobic opinions and attitudes” as well as being “discriminatory towards or exclude diverse views on sexuality, gender, religion, and more.”

I don’t even know what some of these terms mean, but our own government portrays our founding as hateful and the laws that flow from it as harmful. Little wonder therefore, that schools and universities portray our Founding Fathers as purveyors of hate who installed “protectionist policies” to guard their wealth. The National Archives’ Task Force insisted earlier this summer that the historic portrayal of the founding fathers has previously been “too positive.”

With sad reflection we ask,

Where Did America Go Wrong?

One of the chief taproots of our derangement is the so-called “Welfare System.” This is where the strong arm of government steals from one segment of society to redistribute to others—whether in monies or social benefits.

James Madison, the father of the Constitution, in 1794, when Congress appropriated $15,000 for relief for French refugees who fled from insurrection in Dan Domingo (now Haiti) to Baltimore and Philadelphia. Madison stated, “I cannot undertake to lay my finger on that article of the Constitution which granted a right to Congress of expending, on objects of benevolence, the money of their constituents.”

Pretty telling isn’t it? Especially as we now have tens of thousands of Haitians massing at our border in Del Rio, TX specifically for the welfare benefits of housing, medical care, food, education and whatever other form the “government” checks may take. And not only Haitians—but millions upon millions of non-citizens that the “powers that be” have continued to shower with tax-payer funded benefits.

Other presidents who followed Madison had similar respect for the Constitution. In 1854 President Franklin Pierce vetoed a bill to help the mentally ill, observing, “I cannot find any authority in the Constitution for public charity.” He added that to approve the proposed measure “would be contrary to the letter and the spirit of the Constitution and subversive to the whole theory upon which the Union of these States is founded.”

Numerous other illustrations could be given demonstrating the unconstitutionality of utilizing taxpayer money to give to those deemed to be in need.

We now live in a socialistic state that completely disdains the Constitution. It is true that not all of the details of socialism have been ironed out as of yet; for example, we do not have Universal Health Care run by the government—but we are close. But the most dangerous element that the Welfare State introduces is that it corrodes our ability to reason.

The problem is in our thinking. Or, lack thereof. The 19th century French economist Frederic Bastiat exposed the mistake in our thought processes, which the founding generation was able to see.

The corruptions in our system seem overwhelming, whether in business, government, military, education, or whatever. Much of the poison that causes this can be primarily traced to the unconstitutional welfare system. It blinds us to the simple reality that “people assisting people” is not the same as “government” forcibly taking from some to redistribute to others.