John Kachelman, Jr.: When the dream is delusional—the silent emergence of fascism in the USA 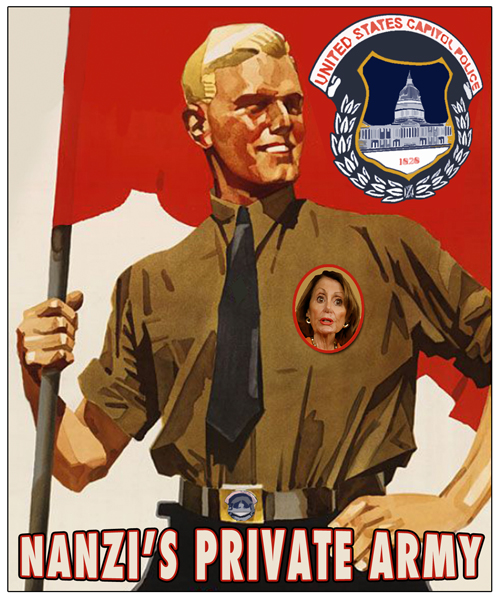 Vigilance has warned about the present danger but the alarms were shrugged off by the delusional thought “well THAT cannot happen in the USA!” Blatant events beginning with Obama’s administration shocked and caused consternation but all was forgotten under President Trump’s administration. Then November 3, 2020 came and ushered in the reality that the dream has become a nightmare.

Six months into the Biden administration Americans have witnessed the overt attacks upon our civility, utter contempt for our historical heritage, cursing for our once-envied culture, and ruin for our thriving economy. The bulwark of our Republic’s independence has been breached as the U.S. Constitution’s Rule of Law has refused to be upheld by the Courts. Those who uphold fidelity to the Constitution are imprisoned while those advocating anarchy are applauded.

The disintegration of our culture, history and body politic is not new in civilization’s records. I have noted specific similarities of historical precedent in the godless French Revolution and the inhumane fanaticism of the National Socialist German Workers’ Party (which we call the Nazis) that provide obvious education on the intent and the terminal fate of such movements. However, history’s instructions are ignored and the steady march toward devolution continues.

Illustrating how far down the path of disintegration of our nation’s once-proud statue in the world’s view is a shocking event announce on 6 July 2021 by the Los Angels Times. “The U.S. Capitol Police on Tuesday announced that the agency was opening regional field offices in California and Florida to investigate threats to members of Congress in the wake of the Jan. 6 attack on the Capitol.”

Jim Hoft publicized this overt seizure of State’s Rights by the Federal Government in an article in The Gateway Pundit in the evening of July 6. The announcement of the flagrant overreach of Nancy Pelosi and her army of brown shirts came only two days after our nation had celebrated the Independence Day of our nation where tyranny was rejected and liberty and freedom was gained.

According to announcements, Pelosi will assign the Capitol Police to various “hot spots” throughout our nation for the purpose of confronting those deemed “radical extremists.” Informed readers know this is a term identifying those who believe the Constitution and not the extremists residing in Washington, DC is the Rule of Law.

While this view of Pelosi (and evidently ALL in Congress, the White House and the SCOTUS since there is a deafening silence from their quarters regarding this action) is not unexpected, it is another historical illustration of how freedom is seized and tyranny becomes the Rule of Law.

The historical precedent is obvious. Although Adolph Hitler is synonymous with pure evil, he is not alone in civilization’s “Hall of Shame.” All despots share a behavioral pattern. This recent announcement of the deployment of Pelosi’s Capitol Police to eradicate radical extremists throughout the nation is clear behavior of despotic rule and ruin.

Listen carefully to history from the 1920s…Hitler’s rise to evil tyranny was carefully orchestrated. Beginning in small gatherings it amassed fanatical support through a cunning propaganda machine. Truth was twisted. Lies were polished. Minds were manipulated. But even with these accomplishments not all would march in goose step with the fascists. Hitler needed a force to quell any opposition.

Heinrich Himmler is forever etched in the chronicles of human civilization as the personification of evil. It was to Himmler that Hitler turned to secure silence to the radical extremists threatening Hitler’s delusional dreams. Himmler started in 1925 with a band of 300 “bodyguards” for Hitler. This group was established and named the “Schutzstaffel.” We know it simply as the “SS.” These were the black uniformed, skull insignia enforcers of Hitler’s evil. This group grew to 50,000 when Hitler took control of Germany. Eventually this group numbered in the hundreds of thousands. Initially this group was the Furor’s personal bodyguards but evil knows no boundaries and soon this group was assigned duties to control and exterminate all deemed “unsuitable.” The SS became the police for the nation of Germany and all of its conquered territories. This is the group tasked with the “Final Solution.” This is the group responsible for the institutional killing and genocide of more than 20 million people during the Holocaust, including approximately 5.2 million to 6 million Jews and 10.5 million Slavs.

This is the group involved in the daily operation of Hitler’s brutalizing and murdering individuals in territories occupied by the Nazis. This is the face of the terrorist in the death camps.

America…this is where YOU are on 6 July 2021! A national announcement has been made stating that there will be a national police force tasked with controlling and eradication of “radical extremists.” The Constitutional rights assigned to the individual States are nullified. The Federal Government has decided that the State knows better than the individual what “freedom” will include.

This is history’s lesson. The lesson could not be clearer. This is a mark of fascism that leads to tyranny that enslaves and not liberates.