Wayne Allyn Root: What Difference Does Proving a Stolen Election Make? All the Difference in the World. 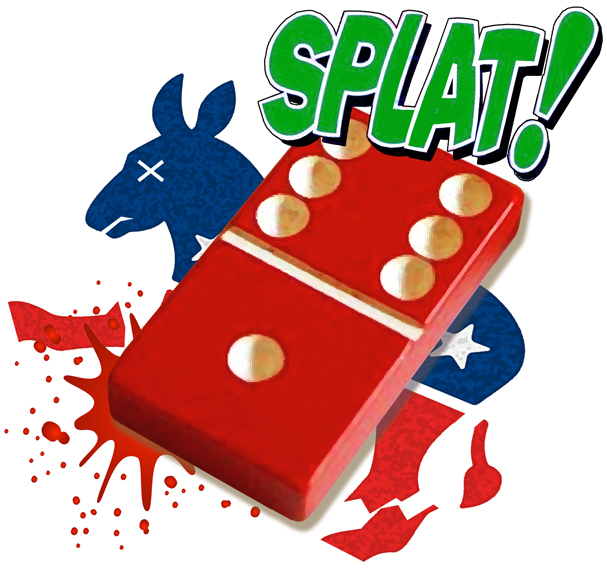 Remember that famous Hillary Clinton line about Benghazi? She asked, “What difference does it make?” She meant it’s over, its old news, why re-hash it now? Nothing will change. Of course, that was convenient for Hillary and Obama. They lied and heroes died at Benghazi. The last thing Hillary or Obama wanted was an investigation.

Democrats are saying the same thing now about the 2020 election. They say, “What difference does it make? Trump lost. It’s over. The election is certified. Biden is the president. Nothing will change. You’re all wasting your time.” Again, that’s pretty convenient.

We are a nation of laws. That’s what made America the greatest nation in world history. Without laws, investigations, arrests and convictions, we might as well be Haiti, or Cuba, or Venezuela, or Zimbabwe, or Mexico, or any other lawless socialist hellhole around the world. Where people live in misery and malaise, with no rights, while the government, despots, and ruthless criminals do whatever they want to the people.

We are America. We can’t let that happen. We must investigate and pursue justice, no matter where it leads.

Forensic audits will uncover the truth. And the truth will set us free. The truth will prove- even to Democrats and dummies (I know, I repeat myself)- that we were right. Trump was cheated. The election was rigged and stolen. Trump is the real President. Biden is not the rightful President of the United States.

You can feel it. The tide has turned. We are so close to proving Arizona and Georgia were stolen. A dozen other states are planning on forensic audits. Soon the all dominoes will fall.

Proving the election was stolen will make all the difference in the world. Of course, Democrats and the fake news media frauds know that. That’s precisely what they’re so afraid of. They’re scared to death the truth is about to come out.

Democrats will say it’s too late. They will argue “Nothing can be done. Stolen election, or not, Biden is president, end of story. Tough luck.” I’m not an elections lawyer, or a Constitutional scholar. I’ll leave the question of whether Trump can be re-instated as president up to legal experts.

But I know this. Bad things will happen to the Democrats if it’s proven they stole the election. All hell will break loose. Democrats are in a world of trouble, and they know it.

On the minor scale, here’s some of the things I could imagine happening next…

Once we can prove the election was stolen, Democrats are finished. This is like when a famous business mogul and philanthropist is found to be a criminal who stole everyone’s money. Ask Bernie Madoff. Everyone hates you for the rest of all time. You can never walk out of your home again. You can’t show your face in public. People scream “shame” at you wherever you go. Your legacy is destroyed forever.

Lawsuits will fly. Legal fees will cripple the Biden administration and Democrat Party. Donations will dry up.

Biden will be the lame duck of all lame ducks. He will never pass another piece of legislation. He won’t be able to leave the White House. He might as well be a convicted criminal. The White House will be his prison cell.

Republicans will win a landslide in 2022. The GOP will control both Houses of Congress. Even voters who don’t like Trump will feel guilty that his presidency was stolen. Trump will be a lock to win back the presidency in 2024.

That’s all separate from massive protests, million-man-marches on Washington DC, unrest, civil disobedience and the prospect of 74 million Trump voters withholding taxes to bring the Biden government to its knees and force Biden’s resignation.

And then there’s the criminal charges. Thousands of Democrats were involved, in multiple states, in the greatest theft in America’s history. I call this treason. That’s life in prison, or worse. This won’t end well for Democrats.

So, now you know why they’re panicking. Wouldn’t you?

So, yes, proving the election was stolen is the whole ball of wax. It’s the whole kitchen sink. It changes both the history and the future of America.

God bless the forensic audits. And God help the Democrats when the American people see proof the election was stolen.