Bill Lockwood: What is Cancel Culture? 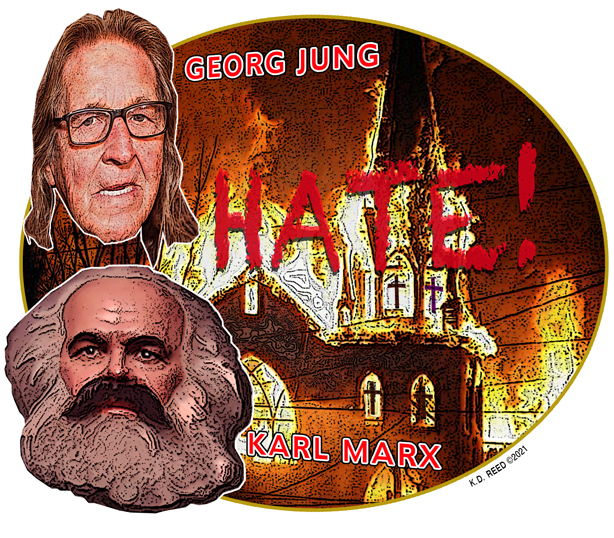 Western culture is built upon Christian presuppositions. The word cult, in its original connotation, meant religion. Religious ideals at the foundation of society make up what we call “a culture.” This is why almost every definition of the word “culture” includes such items as values, beliefs, and customary views of a society.

These “customary beliefs” of America, which many have taken for granted, are summed up in the Declaration of Independence; specifically, that our individual rights are gifts from God and that the prime role of government is simply to protect those rights. Biblical values all. Our culture not only sprang from these concepts, but is the only culture in the history of the world to provide this framework for a nation.

This is all anathema to Marxists who play a heavy hand in America today. Karl Marx, one of the founders of what we know of as Marxism/communism, whose efforts to explain the world solely in terms of materialistic philosophy is well-known, actually began at the starting point of atheism. His Manifesto called for “the abolition of religion.” His Marxists followers, whose number are legion, Goosestep with the same hatred for all things religious—particularly Christian.

Antonio Gramsci was an Italian communist, born in 1891. After founding Italy’s Communist Party, he moved to Russia where he expected to find that Marxism was a success. On closer inspection, however, he concluded that Stalin’s terror was unnecessary. But he did not relinquish the atheistic worldview which was at the center of Marxism. Instead, after moving back to Italy and then being imprisoned by Mussolini, he gathered his thoughts on how a nation could be made into a “Marxist paradise.” These thoughts are in nine volumes, known as Prison Notebooks.

His notes included the following.

Any country grounded in Judeo-Christian values can’t be overthrown until those roots are cut … Socialism is precisely the religion that must overwhelm Christianity … in the new order, Socialism will triumph by first capturing the culture via infiltration of schools, universities, churches and the media by transforming the consciousness of society.

In these revolutionary ideas is the “cancel culture” being carried out in America today. First, there is the “overwhelming” of Christianity, the basis of western culture. Cut the Christian roots of society. Second, replacing Christianity is the “new order,” the “religion of socialism.” As with Karl Marx, criticizing, even condemning and blaspheming Christianity, would be the very foundation of the new world order. This is socialism—a new religion.

In the “German Ideology” (1845), Marx and Friedrich Engels opined that “for the widespread generation of this communist consciousness, and for the success of the cause, it is necessary that man himself should suffer a massive change.”

Georg Jung, a Marx contemporary and member of the Doctors’ Club along with Marx himself, reflected that Marx was not a political revolutionary, but a theological-philosophical revolutionary who was attempting to overthrow the entire social system, not just an economic system.  This is the “massive change” required for cancel culture—the overthrow of Christianity.