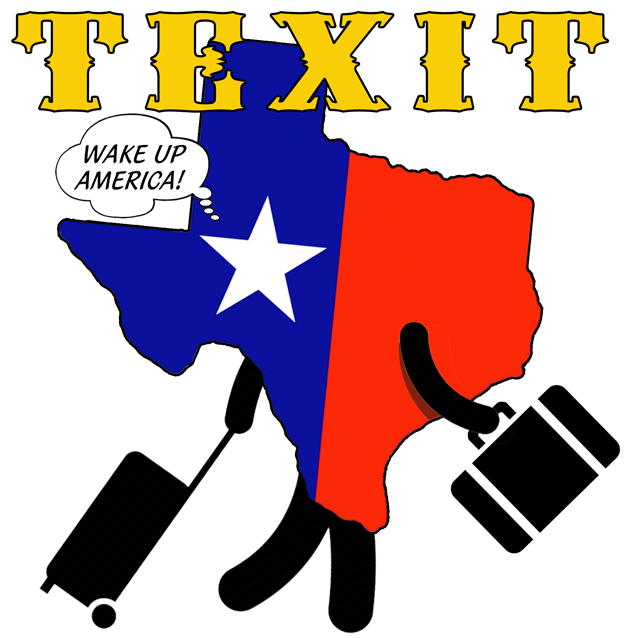 An Open Letter to Citizens of Texas: An Answer to Rep. James Frank (District 69)

Representative James Frank (TX-District 69) recently announced that he will not support the House Bill 1359, which calls for a secession referendum in the State of Texas. His reasons are three; (1) His Love for this Country, (2) The US and Texas Constitutions—there is no specific “provision” in either of these for secession; (3) The Profound Consequences for Texas.

What follows is not an open call to secede, but a challenge to consider the principles upon which secession is grounded. To dismiss the possibility of secession as “illegal and ill-advised,” as Frank does in his letter, is what I am challenging. At the same time, I will overlook his dismissive remarks that those who wish to “leave the Republic” are some “self-described patriots.” Patriotism is not the issue; it is liberty.

While acknowledging the “profound consequences” (Frank’s #3), such as pensions, social security, status of Texans serving in the military, etc. that a separation would bring, it should be remembered that the consequences for remaining attached to the United States might be profound as well—loss of free speech; indoctrination in halls of learning; excessive taxation; a wildly out-of-control unconstitutional welfare system; a ministry of Truth (propaganda) that is already being organized at the Federal level; the crushing of Texas jobs, cancellation of 2nd Amendment; the loss of free and fair elections, and more. The only issue here is if we will allow people to weigh the profound consequences for themselves.

No Specific Provision for Secession?

Rep. Frank fails to understand the very essence, the nature of the U.S. Constitution. Alexander Hamilton, in Federalist #78, explains the entire principle.

There is no position which depends upon clearer principles, than that every act of a delegated authority [federal government] contrary to the tenor of the commission under which it is exercised, is void. No legislative act, therefore, contrary to the Constitution can be valid. To deny this, would be to affirm that the deputy [federal government] is greater than his principal [the people which created the deputy]; that the servant is above his master; that the representatives of the people are superior to the people themselves; that men, acting by virtue of powers, may do not only what their powers do not authorize, but what they forbid.

Why was it thus created? Not an instrument to grant rights to people, but a creation of the people to protect what God gave us; namely, life, liberty and property. Authority flows upward from the people, which is why the Constitution begins, “We the People.” Rights to life, liberty, property, and self-government preceded the creation of government.

This is the basic fundamental premise upon which all of our statecraft was built and explains why the Founders would sign a document that reads, “That whenever any Form of Government becomes destructive to these ends, it is the Right of the People to alter or to abolish it …” They did not look for permission for secession from England in English statutes. This same concept is built right into our own Constitution, for the 10th Amendments provides that “The powers not delegated to the United States by the Constitution, nor prohibited by it to the States, are reserved to the States respectively, or to the people.” The right of self-government is one of these.

The argument for secession therefore has never been that one can find its justification in a specific statute which provides for it, but is man’s appeal to Almighty God for the right of self-government, an argument based upon natural law. Ignoring this basic fact throws our entire system into wild confusion, a confusion represented by Frank’s reasoning of the “illegality” of secession on the basis that “there is no provision” in the Constitution that grants this right. The Constitution never did grant us rights—those come from God.

Rep. Frank turns the entire nature of our Constitution on its head. Such reversal of authority is a common error, but a fatal one. American governing is such that it is the people who grant to the Federal Government its rights, not the other way around. To accept the alternative revokes Hamilton’s main point and asserts that the “deputy” is indeed greater that the “principal,” that the “servant” is greater than “the master,” for the servant does not give us a provision to withdraw!

When the Founding Fathers gathered in Philadelphia 1787 to draw up a new constitution, they were not creating a national system to “grant rights” — they already owned these rights from God. What was done in Philadelphia was to create a central government by granting to it certain specified powers that had previously belonged to their several states. The right of secession therefore, is based upon the presupposition of an inalienable right of free people to consent to the form of government under which we must live.

William Rawle, in one of the first commentaries on the Constitution, written in 1825 and used for many years at West Point Military Academy, stated, “The secession of a free state from the Union depends upon the will of the people of such state. The people alone, as we have already seen, hold the power to alter their constitution.” Again, “The United States were formed into a federal body, with an express reservation to each state of its freedom, sovereignty and independence.”

If Rep. Frank is correct, that secession is “illegal” and “ill-advised” then never is there an escape from a government that works to usurp the will of the people, for that is a dictum that admits of no recourse.  This cuts the legs out from beneath the Founders themselves. He takes the position that he does not favor a proposed referendum vote (HB 1359), which is only to allow the people to voice their opinions in the ballot box as to whether they would favor secession. Rather than withholding a vehicle whereby the people can speak, the earnest invitation is to give the people voice. Vote HB 1359 and liberate the will of the people.