Wayne Allyn Root: ‘Unity’ Will Lead to Death of America 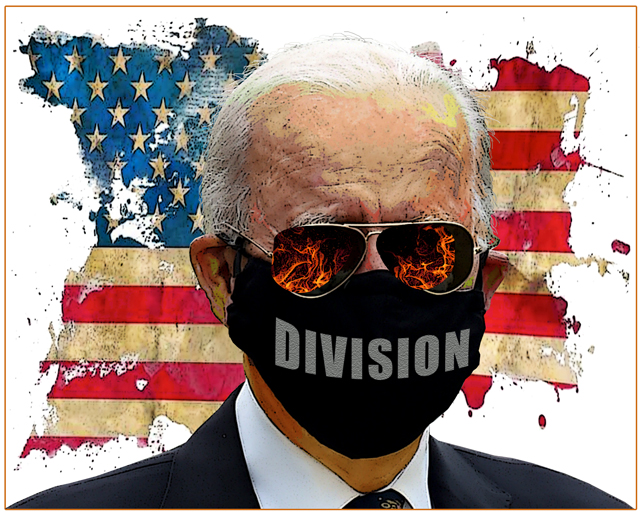 Remember the old New Orleans Saints coach Jim Mora, who went nuts at a press conference? “Playoffs? Are you kidding me? Playoffs?” he said.

You can quote me today: “Unity? Are you freakin’ kidding me? Unity? There’s no unity. President Joe Biden can mouth the word ‘unity’ all he wants. It’s a lie. Democrats don’t want unity. They want to censor us, ban us, purge us, wipe away American history like it never happened and then intimidate us into meekly going along with it all. They want us to kneel and say thank you while they destroy America and the American way of life. That’s what they mean by ‘unity.’ So, you can take your unity and shove it where the sun don’t shine.”

I won’t even discuss the statements in the past week by liberals and Democratic politicians that sounded like acts of war. I won’t get into how they dragged conservatives — and, of course, white males — into the gutter. I won’t get into the way they slandered us, attacked us, denigrated us, slimed us, aimed hate speech at us.

I’m an SOB (son of a butcher). My butcher father had great common sense. He taught me, “Watch what a man does, not what he says.” So, I’ll just point out Biden’s first acts as president.

• Biden had a record-setting first day in office. In a matter of hours, he killed an estimated 70,000 to 100,000 jobs. He killed the Keystone XL Pipeline. He suspended all new oil and gas leasing and drilling permits on federal land. He halted construction of the U.S.-Mexico border wall.

These weren’t just any jobs. These were high-paying middle-class jobs in construction and energy. And ironically, these were union jobs. This is a disaster for the U.S. economy.

• Biden offered up a radical amnesty plan for every illegal alien in the United States. Biden wants to give every one of them (a Yale University study says there are 22 million) a fast-track to citizenship in only eight years. This is a disaster for America in many ways.

First, this radical amnesty plan rewards lawbreakers. The rule of law and the U.S. Constitution no longer matter. We’re not America anymore; we’re in “Mad Max.”

Third, they will take jobs from and lower the wages of American citizens.

Fourth, these new citizens will bankrupt America as they all qualify for welfare, food stamps, free Obamacare and 100 other welfare programs.

Fifth, they will overcrowd and bankrupt our public schools and health care system.

Sixth, this will overwhelm the police, court and prison system.

Seventh, this will encourage millions of additional foreigners to invade our border. Soon none of us will recognize America. This will be a country foreign to Americans.

Lastly, Biden will have to dramatically raise taxes on American citizens and business owners to pay for this massive cost.

• Biden put a 100-day freeze on deportations of illegal aliens. How many American citizens will die because illegal alien felons were allowed to stay?

• Biden required noncitizens to be included in the census, thereby increasing funding for sanctuary cities and broke Democratic welfare states, while adding new Democratic members of Congress for cities and states filled with illegal aliens.

• Biden rejoined the Paris climate accord and promised to add tons of new environmental regulations. This will destroy manufacturing and energy companies, kill millions of high-paying jobs and dramatically raise energy bills for the middle class.

• Biden forced women’s sports to allow transgender males to compete on women’s teams, use women’s bathrooms and dress in women’s locker rooms. This is a declaration of war on women — even if liberal mothers are too blinded by feminism, atheism, communism and dumb political correctness to see it.

Biden is not a “moderate.” He is either a radical Marxist out to destroy America or a feeble old man with dementia being used as a puppet by George Soros, former President Barack Obama, Valerie Jarrett, House Speaker Nancy Pelosi, Rep. Alexandria Ocasio-Cortez, Rep. Ilhan Omar and other radical, extreme, crazed America haters to destroy this country. But it really doesn’t matter. Either way, he’s leading us down the road to disaster, ruin, misery and poverty. He is going to turn America into Venezuela.

This isn’t “unity.” It’s the destruction of America and everything that ever made it great. I’m not in unity. Are you?

Count me as “the Resistance.”