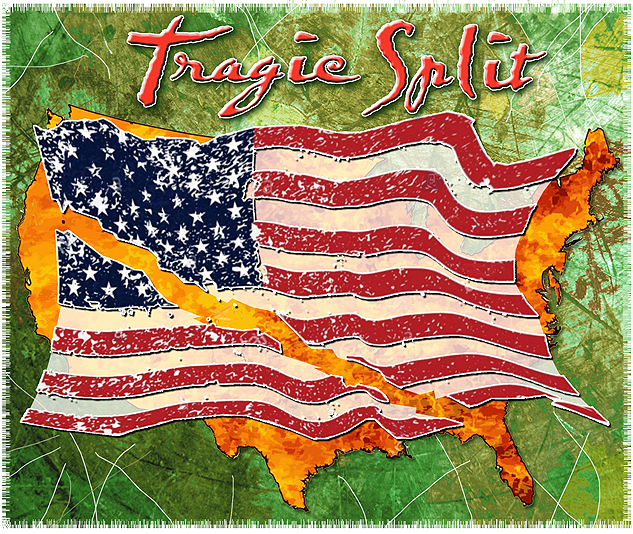 Hatred causes people to do unimaginable things. Pouring forth from the leftist cultural elites, directed toward conservatives, has been the most poisonous and vile attacks we have ever witnessed. It was exacerbated from the very moment Donald J. Trump was announced the winner of the presidency in 2016. It continues until this hour, even after Biden “defeated” Trump for the White House.

One of the chief purveyors of the gall of bitterness is the former First Lady herself, Michelle Obama. She proposes that Trump be banned from social media platforms forever. First Amendment be hanged. Socialist Prime Minister of Canada, Justin Trudeau, without one scintilla of real evidence, blames Trump for inciting this week’s attack at the US Capitol. Today, the Democrats of Congress are pressuring Trump’s cabinet to remove him office or else face another impeachment debacle. Never again will a conservative be brave enough to raise his or her head out of the bunker.

Not to be outdone, president-elect Joe Biden throws more fuel on the seething fire in America by ignorantly and ludicrously stating that resistance to rioters in Washington, D.C. would have been treated differently had they been Black Lives Matter protestors.

A more willfully ignorant and inciting commentary could not be made. BLM and Antifa, as well as all other of the Marxist leftists in America, have burned cities to the ground so that at the epicenter of these riots look like Baghdad in the aftermath. These are styled “peaceful” by the establishment, and one would be hard-pressed to find one single BLM person killed in any of the mayhems that engulfed our cities this past four years.

Yet, practically every single one of them occurred because police were told to “stand down.” Apparently, no one wants to “anger” the thugs that dance on cop cars and smash store windows or set fire to buildings lest they be called the forbidden term “racist.”

Biden, in bed with the MSM, continues to demonize Trump and half of the American electorate all of the time by blaming them for everything wrong in America. This turns everything into a powder keg—and they know it.  They are daring the American right to act out.

In the wake of the Capitol riot on Wednesday of this week, news stations are now all telling us that “this nation needs to come together and heal.” I hate to break this news to America, but that is not going to occur. Not because those of us on the right do not wish for it and pray for it. Not because we endorse violence. But because ultimately, our worldview is completely at odds with those on the left—and it has been for over 100 years. The gap is widening.

The differences between left and right today are irreconcilable. America is on the road to tyranny, and only the foolish or late-comers to the game fail to realize it. Those of us who live on the right want to live in law-abiding freedom and liberty, unhindered by government control. The left wishes to control us and take our hard-earned money for every globalist, socialistic, communistic, and selfish project that they can conceive. Confiscation of middle-class earnings today is close to 50% in many cases—all so that the left can redistribute it and ingratiate to them the masses of people who know no better.

It needs not even be said that the Constitution makes no difference whatsoever to the socialist Democrat Party. Citing the law of the land and the basic principles upon which our nation was founded is an exercise in futility. We are preaching to the choir.

But the differences go much deeper than this. At the heart of the issue is the belief in God and His Holy Word. God places responsibility for sin and all its consequent societal problems in the heart of man. “Keep your heart with all diligence, for out of it are the issues of life” (Proverbs 4:23).

Socialism/Communism sees the root of societal problems in the amount of money one possesses or opportunities that are offered. Redistribution is the sole solution. Vergilius Ferm, in his Encyclopedia of Religion, explains this gross error of socialism.

American socialism is heir to the tradition of materialism and atheism. It relies on the growth of automatic perfection, not indeed by virtue of the given natural faculties of man, but as the product of causally inevitable economic changes. The result is parallel to that of the liberal utopia, a self-contained world of man, individualistic here, collectivist there, and redeemed from evil, once and for all, by the economic process, much as this requires men conscious of their opportunity. This is an overtly anti-Christian doctrine.

The fact that even those who occupy pulpits, such as Raphael Warnock, recently elected to Congress in GA, pipe the false gospel of “social justice,” shows how deeply rooted socialism has become.

The most bitter pill in all of recent events is the fact that for all intents and purposes, free elections, and thus freedom, is a thing of the past in America. Evidence of voter fraud in this election is massive. The evidence is there for those who wish to see. Was it enough to turn the election to Trump? Who knows? A very reasoned and principled request was made by Senators such as Ted Cruz (TX) and Josh Hawley (MO) to have a 10-day waiting period of examination simply to discover how deep the fraud had been perpetrated.

This was cast aside by the powers-that-be. No light of day will be shed. Those on the right, who believe with justification, that the election was fraudulent, are to lump it. Instead, they, and President Trump, are being blamed for the ruckus that occurred on Capitol Hill. Now there is an online petition to remove Ted Cruz from office and Josh Hawley has lost a book deal with Simon & Schuster. Our cultural leaders continue to beat the drums for their heads on a platter.

Is it time for the heartland of American states to go their own way? Would that be better than a civil war that certainly is brewing? What does the future hold? I don’t know for certain the answer to any of these questions. But you can bet on one thing. The communistic left (aka Democrats) are going to drive hard and fast to finish the job of socializing America and erasing what vestige remains of our liberty. There will be no more free elections.