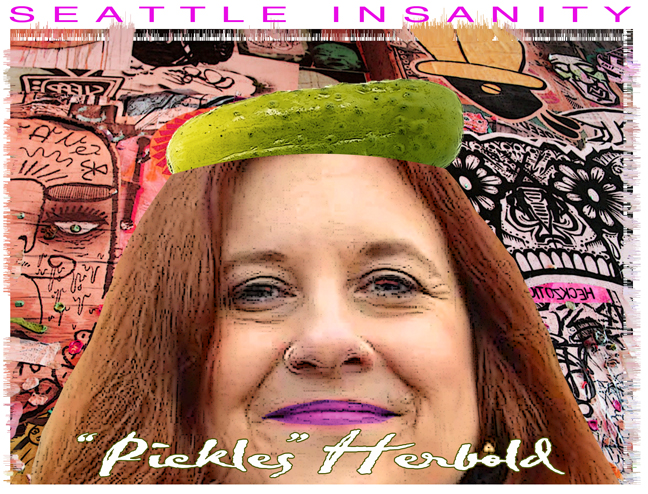 Pickling is the process by which foods are soaked in various solutions to increase the acidity of the food so that microorganisms that cause illness and food spoilage cannot grow. Socialism, and liberalism in general, takes on the form of a similar “fermenting process” by which logic, reasoning, and simple common sense cannot any longer grow in one’s mind. A case study—a Seattle City Councilwoman named Lisa Herbold.

This is not to mention the fact that there is plenty of voluntary assistance to the poor by a multitude of churches and charitable organizations.

Enough is never enough with the lawless such as Councilwoman Lisa Herbold. She has proposed legislation whereby misdemeanor suspects can escape charges if they can show “symptoms of mental illness or addiction or if they can prove the crime provided for a need to survive.” This is the infamous “poverty defense.”

Herbold says that these defendants need to have an “opportunity to tell their stories” and allow the judges and juries “to hear their stories and make a decision based on the values of our city.” Sounds like spoiled children who cannot handle a teachers’ authority and have to “tell their side of things” when told simple commands in the schoolhouse, such as “sit down.”

The explanation for the “poverty defense” is explained by another on a Seattle television station. “In a situation where you took that sandwich because you were hungry and you were trying to meet your basic need of satisfying your hunger; we as the community will know that we should not punish that. That conduct is excused.”

Yet Lisa Herbold, being a government official, does not wish to live by the “values of her city.” When a man threw a rock through her house window, the councilwoman … yes … called the police. My Northwest reported that Herbold “was on the west side of the living room near the kitchen when she heard a loud noise that sounded like a gunshot and dove into the kitchen for cover.”

Not only is Lisa Herbold unable to see that no one wishes to live by Seattle’s valueless values—for a value does not respect persons rich or poor—but she herself refuses to abide by her own proposals. As a matter of fact, the entire city is seeing a huge spike in crime since the city of Seattle has approved an 18% cut to the Seattle Police Department. Consequently, murders have sky-rocketed. So much for Seattle’s take on values.

This is what occurs when you empty values of any meaningful content by excusing crime because of “poverty,” or organize to cut law enforcement.

Perhaps when Lisa Herbold phoned the police, she should have been told that the police that would have been sent was a part of the 18% cut and that she was on her own. And why call the police to begin with, Ms. Herbold? As Scott Lindsay, former mayoral Public Safety Advisor stated,” If you are engaged in 100 misdemeanors that are in our criminal justice system code, you are not going to be held liable. You are not going to be held accountable.”  So why call against a man committing a misdemeanor?

What do you wish the police to do, Lisa? Arrest the man so that you can gather your friends on the streets and harangue in front of the cameras about “police brutality” and moan about law enforcement harassing people over misdemeanors?