Lee Edwards: Before NR: Wandering in the Wilderness 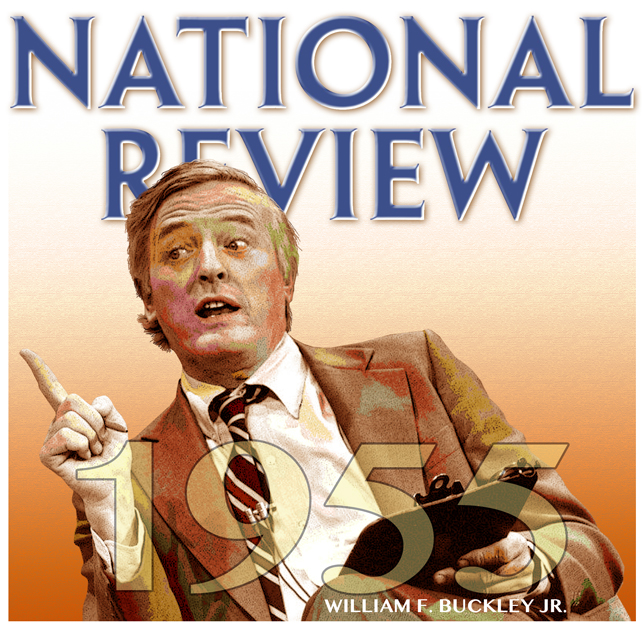 Conservatives were once a lonely band of freethinkers

In the early 1950s, liberal intellectuals shaped the American zeitgeist, while conservatives, to quote Yale professor Willmoore Kendall, manned “tiny outposts” over a broad front, rarely communicating with one another.

When 39 American and European conservative intellectuals, calling themselves “traditional liberals,” formed an organization in the spring of 1947, they did not meet in America but thousands of miles away in Mont Pelerin, Switzerland. Their mood was somber, for statism had permeated the governments of Western Europe while communism ruled in Eastern Europe with a little help from the Soviet Army. Led by the Austrian economist F. A. Hayek, these free-market scholars described their goal, rather grandly, as “the preservation and improvement of the free society.” Economist Milton Friedman contented himself with saying the meeting demonstrated that “we were not alone.” All too alone were conservative academics such as University of Chicago English professor Richard Weaver, Duke political scientist Ralph Hallowell, Louisiana State University political philosopher Eric Voegelin, Harvard historian William Y. Elliott, and UC Berkeley sociologist Robert Nisbet.

In the realm of politics, Senator Robert A. Taft, of Ohio, who for two decades had led the Republican resistance to New Deal liberalism in and out of Congress, lost a valiant battle against cancer in 1953. Senator Joseph McCarthy, of Wisconsin, who had inspired a national anti-communist movement, was politically dead the following year after being censured by the Senate. Barry Goldwater was a freshman senator from Arizona. The Eisenhower administration proudly described itself as “Modern Republican,” with the president offering what Goldwater called “a dime-store New Deal.” When Soviet troops and tanks crushed the Hungarian Revolution in 1956, the administration’s feeble response consisted of a pro forma press release condemning Moscow’s action and a meaningless U.N. resolution that was vetoed by the Soviet Union. The GOP was controlled by eastern Republicans who tried to remove Vice President Richard Nixon from the 1956 ticket because he had sent a golden boy of the liberal establishment — Alger Hiss — to prison.

There were scattered conservative publications, with small circulations compared with those of established liberal journals such as The New Republic and The Nation. Human Events was a weekly eight-page political newsletter. Firmly anti–New Deal, it described the changes in American government since 1932 as “revolutionary” and called on Republicans to roll back the “iron curtain” that separated Washington from the rest of the country. But its call to action had attracted a circulation of only 5,000.

Launched by the Foundation for Economic Education in 1950, the fortnightly The Freeman declared its dedication to “traditional liberalism and individual freedom” — that is, to the ideas of what we now call libertarianism. It was edited by two classical-liberal journalists, John Chamberlain and Henry Hazlitt, author of the perennial best-seller Economics in One Lesson. The Freeman afforded a platform for what the historian George Nash called “dispersed writers.” Still, at the end of its first year, the journal had a modest circulation of 12,000.

The one conservative youth group was the newly born ISI, with its paradoxical name, the Intercollegiate Society of Individualists (now the Intercollegiate Studies Institute). Encouraged by a $1,000 check from oil executive J. Howard Pew, ISI’s organizers argued that the push toward socialism in America had begun in the early 1900s with the formation of Socialist Clubs on college campuses. ISI’s plan was to “foment the organization of campus cells for the study and discussion of individualistic ideas.” The libertarian language reflected the ideology of its founding father, Frank Chodorov, who never met a government program he didn’t want to dismantle. With William F. Buckley Jr. as president, ISI reached 600 members in its first year and then quadrupled over the next several, revealing a campus appetite for at least some conservative ideas.

There were conservative newspaper columnists, such as George Sokolsky, and radio broadcasters, such as Fulton Lewis Jr., but liberals undercut their influence by linking them whenever they could with a “militant right wing.” CBS’s Mike Wallace, for example, invited his viewers one evening to listen to Lewis explain “the attraction the far right has for crackpot fascist groups in America.” Plus ça change, plus c’est la même chose.

In the early 1950s there was no Heritage Foundation, no Cato Institute, no Center for Strategic and International Studies, no state think tanks, no Fox News, no conservative talk radio, no Nobel Prize for Hayek or Friedman, no Atlas Shrugged, no American Conservative Union and CPAC, no Young Americans for Freedom. Hollywood actor Ronald Reagan was a self-described “bleeding-heart liberal” who had campaigned for President Harry Truman’s election and served as president of the Screen Actors Guild. Lionel Trilling, the leading liberal intellectual of the day, declared that for the most part conservatives expressed themselves in “irritable mental gestures which seek to resemble ideas.” But a seismic shift was about to occur, triggered by an unknown young history professor named Russell Kirk.

When The Conservative Mind was published in 1953, liberals joked that the title was an oxymoron. But they stopped laughing when they read Kirk’s synthesis of the thought of leading conservatives from the late 18th century to the 20th century, including Edmund Burke, John Adams, Daniel Webster, Benjamin Disraeli, George Santayana, and T. S. Eliot. The work established convincingly that there had been a conservative tradition in America since the Founding. Kirk made conservatism intellectually respectable. In fact, as NR publisher William Rusher pointed out, he gave the conservative movement its name.

Conservatives began to get organized. One of the first groups, founded in 1953, was the Committee of One Million against the Admission of Red China to the United Nations (later mercifully shortened to just Committee of One Million), headed by the redoubtable Dr. Walter H. Judd, who had been a medical missionary in China in the 1920s and 1930s. The committee prevailed for nearly 20 years, until Red China’s admission in 1971, because it reflected the anti-communist opinion of most Americans, who did not want a government that had played a major role in the Korean War to be rewarded by admission to the U.N. Reacting to the tight liberal hold on politics, conservatives of both parties launched a new political organization, For America, headed by Clarence Manion, former dean of Notre Dame’s law school. Its purpose was to forge a conservative counterpart to the liberal Americans for Democratic Action and to encourage a “realignment” of parties, with conservatives making up one party and liberals the other. It took decades, but that is the state of American politics in 2020.

As George Nash has written in his indispensable study The Conservative Intellectual Movement in America Since 1945, there were three reactions to the Left in the aftermath of World War II. The first, as represented by Hayek’s The Road to Serfdom, consisted of classical liberals and libertarians, resisting the threat to individual liberty posed by the collectivist state. The second was the revolt of traditionalists, such as Weaver and Kirk, who urged a return to time-honored religious and ethical beliefs and a rejection of moral relativism. The third was, in Nash’s words, “a militant evangelistic anti-Communism,” shaped by ex-communists such as Frank Meyer and Whittaker Chambers, author of the powerful autobiographical work Witness.

Was it coincidence or providence that The Road to Serfdom, The Conservative Mind, and Witness, representing respectively the libertarian, traditionalist, and anti-communist strains of conservatism, were all published shortly before William F. Buckley Jr. launched National Review and his bold campaign to form a conservative movement?

Bill Buckley’s special genius as a master fusionist was his ability to keep these dissimilar, disputatious intellectuals on the same masthead for years to come. Why were there so few defectors? Because of Buckley’s extraordinary skill at harmonizing the conflicting voices of the conservative choir. Because he persuaded his fractious colleagues to concentrate on their common enemy — the Soviet Union — and set aside for the time being their undoubted differences. And because he helped them realize they were part of something historic — what Buckley would call “our movement.”

Lee Edwards is the distinguished fellow in conservative thought at The Heritage Foundation’s B. Kenneth Simon Center for Principles and Politics. A leading historian of American conservatism, Edwards has published 25 books, including “Just Right: A Life in Pursuit of Liberty.”