John L. Kachelman, Jr.: The slavery of a “Free Election” 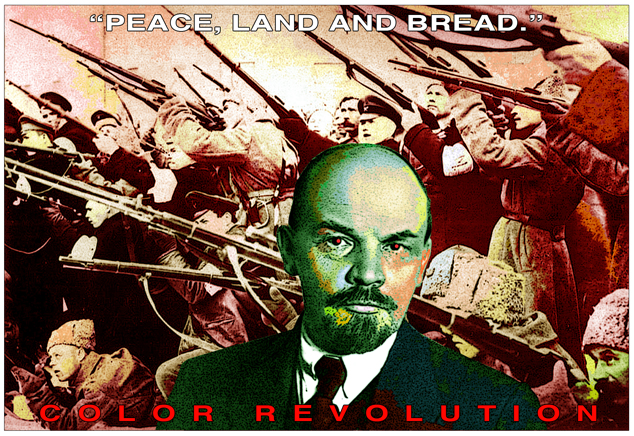 A reminder…the first “free election” in Russia was held in 1917. Lenin promised a “free” election where all votes would be equal and each citizen would be heard. The election was scheduled and a number of political parties provided the voters a choice. The Russian Social-Democratic Labor Party (Lenin’s Bolsheviks) campaigned with appeals to win the majority’s vote with the promise of “Peace, Land  and Bread.” The energy of the Bolsheviks and the promises of Lenin were insufficient to win the election (they only garnered 23%) of the vote.

But Lenin’s cunning campaign continued after the sunset on the election day. There was corruption in the balloting. There were “extensions” to allow more ballots. There was a long and strong public propaganda messaging to the public that the Bolsheviks had won when they had lost. The agenda to “transform” Russia into the first Marxist governed nation did not cease after the polls closed on the “election day.”

Violence, manipulation of the news, vociferous protests, armed vandals, and an attack upon the Russian governing structure increased. Eventually the Russian Provisional Government was absolved and the tyranny of 70 years’ slavery to Marxist dogmas resulted.

The Russian population was well armed (probably more weapons were in Russia than any other nation at that time) and many of the Russians had military experience having faced the Kaiser’s army on the eastern front. So, the presence of weaponry and veterans was not a factor in opposing the Bolsheviks. The civil war that was inevitable between Red and White Russians attest to the fact that weaponry was accessible. No, contrary to many opinions today, Lenin’s success was not because “guns were outlawed.”

The success of Lenin’s transformation of Russia can be laid at the feet of the Russian population. The nation assented to and conformed complacently with the dictates of a vocal and violent minority. The nation resigned its “free election” and surrendered to the prevailing propaganda! The actual facts did not influence the population. They accepted what they were told and complied without any question. An unanswered question haunts the history of this event: “What would have happened IF the general population had not surrendered to the violence and vocal minority?”

However, history shows that often the vocal minority becomes the governing especially if violence is threatened. It does not matter how many guns there are and how many millions of rounds of ammunition are bought, the population generally complies with and coalesces around the presented politicians who promise “peace, land and bread.”

Following the Bolsheviks’ takeover, a number of events unfolded:

•The Tsar was arrested and eventually executed.

•The nation entered into a bloody civil war.

•The political opposition forces were systematically eliminated if they did not capitulate to the Bolsheviks.

•The leaders of the transformed nation devolved into greater savagery and left a legacy of evil.

And now we turn history forward to 2020…

The election day of November 2020 is past but the election continues. Shuddering similarities to Russia 1917 are noted. There is a magnitude of never-before-seen voting fraud. Ballot harvesting, corrupt ballot counting, and destruction of select ballots. Intimidation and fear are used to violate the “free election” upon which our Republic is maintained. Suitcases full of ballots were stealthily taken into the counting rooms; boxes of ballots suddenly appeared and the rightful observers to validate counting were forbidden to see the ballots.

There is even an echo of the Bolsheviks’ call for the Romanov’s removal, imprisonment, and eventually death. In a shocking TWEET, Keith Olbermann announced, “TRUMP MUST BE REMOVED AND ARRESTED, TONIGHT. Gripped by a paranoid delusion, threatening the nation’s safety, this can’t wait any longer. It won’t happen; in fact he’ll probably concede and instantly announce he’s running in ’24. Full video: https://youtu.be/q_7f-DfmNNQ.” Observed in this tweet is the intimidating propaganda ploy to silence any opposition to this criminal suggestion by claiming all opposing are “morons.” Unless you support and shout for President Trump’s removal and incarceration you are a “moron”!

The “transformation” of our Republic is now being announced as a funeral dirge. In the city of Minneapolis, protesters vandalized several local businesses and wreaked chaos in the city. But examine this event as a backdrop heralding the end of free elections in the USA—protesters marched to the city’s Uptown neighborhood, setting off fireworks as they carried the banner which read “America is Over.”  During the protest, demonstrators attempted to block traffic throwing debris into the streets. Some went on to vandalize store-front windows.

The corruption of the ballot counting continues as the population is being groomed to accept the contorted fact that a violent, vocal minority has engineered the greatest coup in civilization’s history. The process will drag on causing the public to be desensitized, and eventually political figures will urge capitulation. Then the announcement will be made. And…it will be accomplished without a shot being fired!

A quote commonly attributed to Joseph Stalin highlights the election of November 2020 (or basically any election). There are several versions of the statement and the Progressives/ DEMS/ BLM/ ANTIFA/ RINOS are quick to castigate it as unfounded. However, one possible source for a version of the quote comes from Boris Bazhanov’s “Memoirs of Stalin’s Former Secretary,” published in 1980 in Paris and 2002 in Moscow and appearing to be available only in French and in Russian. While a search of the Stalin Internet Library yields nothing resembling the quote in the Soviet leader’s published writings, the possibility remains that it could have been excerpted from an unpublished speech or private conversation. There is a sobering book translated from the French called “Bazhanov and the Damnation of Stalin,” published by the Ohio University Press in 1990. In it, Bazhanov details how Stalin’s governmental machine was built through vote-rigging, tapping into opponents’ communications, and extinguishing those who had a moral center.

Regardless of the historicity of the quote the truth it expresses is frightfully accurate: