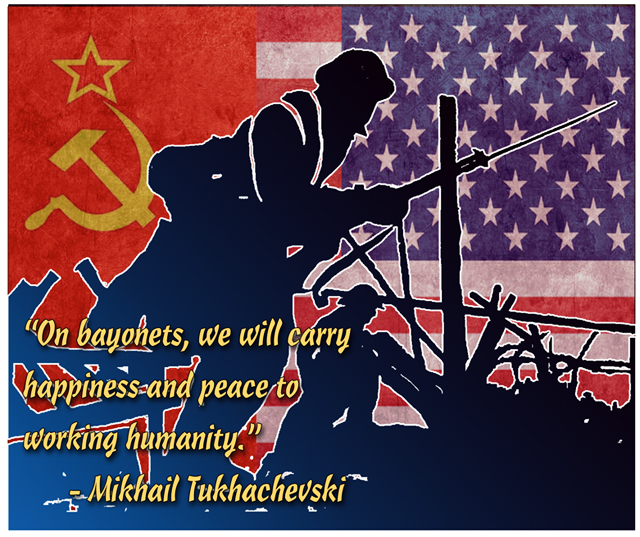 History has shown the arrogance of culture’s “Intellectuals.”  A quick scan of any historical period will highlight pompous politicians and the compliant masses eagerly led by the elitists.

There is a connection between the elite politicians and the violence of revolution. These go “hand-in-glove.” Consequently, where there are political elites managing the affairs of State there will be instigations of violence so the State’s ideals will be implemented. Especially is this true when Marxists takeover society and wield violence as a useful tool to advance their cause. This violence is presented to the public as necessary and justified. It is amazingly characterized in terms of non-violence! The success of the campaign relies upon the pairing of the elites and those used in violent actions.

Unfortunately, this pairing is visible in our time. While the general populace struggles with how they can satisfy the basic necessities of life, the elite enjoys an unrestricted binge and glut of pleasurable excesses. The crude comment by Marie-Antionette said—“Let them eat cake.” This reportedly came when the Queen was told that her French subjects could not get common bread and “cake” was a dream. The Queen’s callous remark highlighted her uppity opinion of the “perpendicular pronoun.” She became a hated symbol of the decadent monarchy and fueled the revolution that would cause her to lose her head at the guillotine. Marie-Antoinette was also known and hated for her lavish lifestyle publicly flaunted.

In our time two political “elites” share Marie-Antionette’s uppity opinion of the “perpendicular pronoun.” (But these are not the exception because the general rule is that all in the governing State feel empowered to feast on benefits while the general population struggles with a famine. The examples of these two present a façade of sensitivity but masks a cunning objective to change a nation’s destiny.

First, a report revealed the Speaker of the House consoling Americans. Her feigned sympathy was stated standing in front of a $24,000.00 refrigerator filled with gourmet ice cream! Incredulously Pelosi showed off her ample supply of designer ice cream, gelato and other frozen treats suggesting that she was compliant with social distancing. However, her “show” was a visible record of just how out of touch she is with the common citizen. She was buying ice cream by mail and restocking her supply for Easter when many Americans could not find a roll of toilet tissue. It’s her version of “Let them eat cake,” and hopefully she will be made to pay the price for her insensitivity.

A second illustration of the political elite’s arrogance vies with Marie-Antionette’s insensitivity. Fox News reported that Freshman Democratic congresswoman Alexandria Ocasio-Cortez (NY) wore outfits and jewels costing more than $14,000.00 for her spread in Vanity Fair magazine’s December issue. She was gifted a $2,850 suit from Loewe for the shoot, as reported by the Daily Mail.

The actions of today’s Progressives/Liberals/DEMS/RINOS/BLM/ANTIFA/RINOS have far surpassed Marie-Antionette of 1793! And yet, we are told that people voting for those campaigning on the Democratic platform, and who call themselves “Democrats,” are “very satisfied” with what their elitist leaders are doing. A timely query is asked by Victor Davis Hanson: “Where is common sense these days?”

The political elites must find a way to further their agenda so that “transformation” of the USA occurs and the evils of our Republic’s rule are punished. We thus see how the elites utilize violence to navigate successfully their takeover. It is unfortunate that society has been desensitized to the violence seeking to destroy our nation. Even though cities burn, anarchy reigns and murderers roam freely, the elites are telling us long and strong that only “peaceful protests” are present in our nation’s metro areas!

I was appalled when I heard the first reports of these “peaceful” protests. And that shock increased when the Democratic Mayors and Governors, whose cities were burning, parroted the “peaceful” spin. Even when video reports are filmed with a backdrop of violence, arson, and assault we are told these are “peaceful.”  As the situation devolved the statement was adjusted to say these were “mostly peaceful”!

How can reasonable people accept this flagrant untruth? The answer is understanding that this is not a new maneuver but one rooted in historical tactics to further Marxism.

Look back 1920-1923 and consider events framed by the Russian-Polish War. One interesting fact about this war instantly arises in regard to these “peaceful protests.”

A published paper (by MIROSŁAW SZUMIŁO 12.08.2020) discussing the war suggests “the Bolsheviks took power not to change Russia, but to use it as a trampoline for world revolution.”

Commanding the attack on the western front was Mikhail Tukhachevski. Preparing his troops for action he gave his famous order: “Soldiers of the workers’ revolution – turn your eyes to the west. On bayonets, we will carry happiness and peace to working humanity.” This was printed 9 May 1920 in Pravda as “Go West!” It solidified the Bolsheviks’ propaganda objectives and recruited troops.

Pay attention to the psychological ploy in the propaganda that fixed attention on “peace.” Who could say that “peace” was bad. But it subtly embraced the violence necessary for the revolution and the murderous intent of the bayonet! You have to admit the subtle cunning was masterful. Consequently, thousands were sacrificed and the remainder sulked back to the Motherland after being defeated at the Battle of Warsaw.

The elite Marxists announced happiness and peace was only possible at the point of the bayonet! And so, in today’s Marxist announcements we have the justification that arson, anarchy, and murder is actually “peaceful”! Isaiah would angrily object saying “You turn things around!” (29:16). How can “bad” be “good” unless the propaganda machine dictates that the population accept it? Anyone failing to accept the revised status as good is to be penalized.

The elitist arrogance that is visible today, was evident in the Russian leaders. Trotsky was bold in his speech about sacrifice for the Motherland but he lived almost permanently on an armored train, travelling from one front to the next, supervising progress, meeting officers and delivering rousing speeches to Red Army soldiers. Trotsky was as brutal to the common man as he was motivating and uplifting. One would never know his ruthlessness from his polished propaganda!

An poignant observation is made by Alexander Rubtsov regarding the Russian/Polish War. “Vladimir Lenin and Leon Trotsky had a different scale: the Sovietization of Poland, the collapse of the Versailles system, and then a world fire! After World War II, the Soviet global project became more sophisticated and focused on assembling the socialist camp, national liberation movements, and all progressive humanity.”

The point not to be missed is the vision that the entire globe is targeted for the Marxist Project! In 1920 it was called “Sovietization.” In our current time is it referred to as the “globalization” of political, economic, and cultural differences so all become citizens of the “One-World Government.” And, who is surprised to learn that only the political elites are capable lead the sheeple to that grand utopia.

DO NOT ignore this unmistakable parallel…the “mostly peaceful protests” in the 1920s were advancing civilization at the point of the Marxist bayonets!

Threat to Our Republic

Americans beware! There is a visible and vocal threat to our Republic. Freedoms are being replaced with the tyranny of the elitists boasting they know better than the common citizen. These travel in armored cars and are far from the realities of daily existence. They stand in front of refrigerators feigning sincere concern while flaunting their superiority. They call for equality in wages and living standards while being gifted clothing that cost thousands of dollars. They strut and parade as royalty seeking the fawning of the peasants. The Democratic candidates in the 2020 Presidential election claim that a “transformation” of the USA is essential! We are told the “peaceful protests” will bring necessary results. This is a rephrasing of the Russian propaganda “On bayonets, we will carry happiness and peace to working humanity.”

Only those who do not think will accept that bayonets and peace are synonymous! Isaiah would have said, “You turn things around!”

It is all a LIE! And those who support and vote for the Democratic Party join in this lie.

The current political elitist reminds me of Mary Howell’s poem. The Spider and the Fly describes a cunning invitation to one to choose destruction. The poem is an enlightening read in the context of the invitation offered by the Progressives/Liberals/DEMS/RINOS/BLM/ANTIFA on 3 November 2020. The poem also presents the unavoidable outcome for those who foolishly accept the invitation.

Here is an excerpt of the poem:

“Will you walk into my parlor?” said the spider to the fly;
“‘Tis the prettiest little parlor that ever you may spy.
“There are pretty curtains drawn around; the sheets are fine and thin,
“And if you like to rest a while, I’ll snugly tuck you in!”
“Said the cunning spider to the fly: “Dear friend, what can I do
“To prove the warm affection I’ve always felt for you?”

Howell’s poem closes with a somber injunction to those being tempted:

“And now, dear little children, who may this story read,
“To idle, silly flattering words I pray you ne’er give heed;
“Unto an evil counselor close heart and ear and eye,
“And take a lesson from this tale of the spider and the fly.”

The elitist actions of today’s pols echo the terrors yesteryear’s elites. This ought to convince the electorate of 3 November 2020 to either vote out every Democrat or to vote for those in that political party and sacrifice the security of our constitutional Republic. We are a nation governed by the Constitution and not by the whims of an elite minority who has neither respect for the Rule of Law, the principles of humanity nor the personal liberty of the citizens.

There is a historical connection between the terrors that have savaged civilization in times past and the positions advocated by the Progressives/Liberals/DEMS/RINOS/BLM/ANTIFA!

Donald Trump is now in a fight for his political life. Pray and stand behind President  Trump for eventual victory.