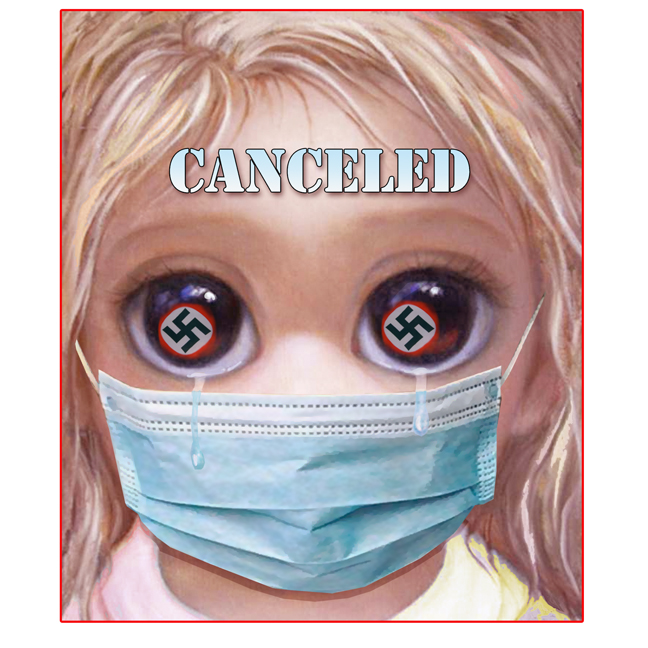 Elementary school children in at least one government school in Virginia were taught the outrageously racist lie that “objectivity,” “perfectionism,” “individualism,” and a dozen or so other traits are actually characteristics of “white supremacy.” Parents were outraged. But this is just the tip of the iceberg.

In the real world, of course, countless people of all “races” believe in those values. Anyone who implies that those characteristics and values are inherently tied to European and Western peoples would be a racist by definition, more than a few critics observed in response to the scandal.

Prominent India-born writer Asra Nomani, for instance, slammed the dangerous propaganda, calling it “political corruption at its most lethal — for the soul of our kids.” She also ridiculed the silly narrative that proper punctuation and grammar are racist.

Other critics were even more forceful. “Ironically, this type of ‘anti-racism’ indoctrination is alarmingly racist and ignorant,” observed Rita Panahi, a prominent Australian columnist of Iranian origin, in commenting on the toxic propaganda being force-fed to captive children in America.

And yet, students ages 6 through 11 at the Belvedere Elementary School in Virginia were subjected to this and more. And children all over the nation and beyond are stewing in this sort of ignorant racism being peddled by government schools, evidence available all over the Internet shows. 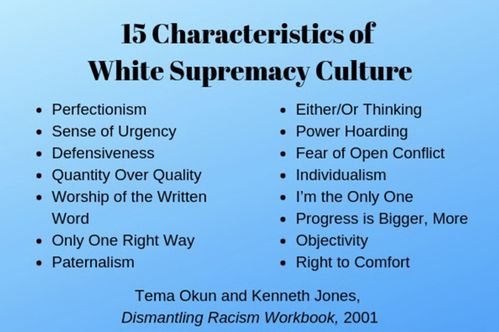 This particular bit of propaganda originated in the 2001 “Dismantling Racism Workbook.” It was produced by fringe leftwing extremists Kenneth Jackson Jones and Tema Okun, a vocal self-declared supporter of proud communist terrorist Bill Ayers of the Weather Underground. There is a method to the apparent communist madness.

Other traits and values that are listed in the program as characteristics of “white supremacy” include having a “sense of urgency,” “defensiveness,” “quantity over quality,” “worship of the written word,” “only one right way,” “either / or thinking,” “power hoarding,” “fear of conflict,” “progress is bigger, more,” and “right to comfort.”

Of course, these ramblings are so idiotic and racist that they would normally just be laughed off by normal people as the product of a pathetic lunatic with too much time on their hands and hatred in their heart. Unfortunately, the lunacy is being forced on gullible, naive children without any context or reference for them to understand just how absurd it is. That makes it extremely dangerous.

Consider the almost comical levels of idiocy here. Objectivity, for instance, is defined in the dictionary as a “lack of judgment, bias, or prejudice.” Do only white supremacists lack bias, judgment, or prejudice? The irony is off the charts, though it was not immediately clear if perceiving irony was also a white-supremacist trait.

Individualism, meanwhile, is defined in the dictionary as “belief in the primary importance of the individual and in the virtues of self-reliance and personal independence.” Do only white supremacists believe in self-reliance and personal independence? If a fair-skinned person said something so dumb, they’d be slammed as a racist — and rightfully so. And yet children are being taught this garbage as truth.

The latest scandal comes as Americans nationwide recoil in horror in response to revelations that “Critical Race Theory” was being forced on federal employees thanks to the Obama administration. President Trump promptly rescinded the Obama-era measure. But massive damage has already been done. And in public schools, it continues uninterrupted.

This clown-world level absurdity in “education” is only possible in an absurd system such as the tax-funded public-school monopoly that exists today. In a free market, no sensible parent would ever pay anything to have their child indoctrinated with hateful, racist, and ridiculous propaganda such as the garbage described above.

If parents do not wake up, it will be their children and their nation who will pay the enormous price.