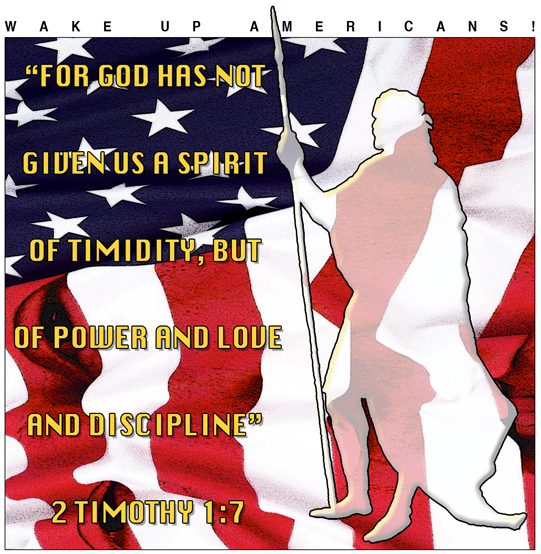 Reality…accept it or deny it…

An amazing irony is observed in one’s choice to live a life of denial. It is personally satisfying to ignore reality and believe the convenient. It is easier to excuse personal duty when you refuse to admit reality. It is tempting to sit back and “wait” for someone else to “fix” the problem. It is soothing to say, “Well let’s just pray about it and not say anything!” What is actually being said by that ridiculous comment is that if we close our eyes and refuse to listen to facts, then it will all “go away.” But…reality will not go away!

This article is asking the question, do you refuse reality OR do you realize reality?

Buchenwald was one of the largest concentration camps in the German Democratic Socialist governing system. It was the first camp to be liberated by American troops. Just outside the barbed-wire fence was a thriving town (Weimar, Germany) whose population went about its daily schedule and never noticed the horrors that they saw. General Eisenhower forced the town citizens to march through the camp’s horrors and look at what they had permitted.

The citizens of Weimar, Germany lived a life of reality’s denial. Their denial brought catastrophic results and, frighteningly, these catastrophes lay in the immediate future of our nation.

Scripture stresses that mankind must accept and confront reality so God’s Law is honored. Look at a few of the many verses:

• Proverbs 12:8, “A man will be praised according to his insight”

My personal favorite is 1 Chronicles 12:32, “The sons of Issachar, men who understood the times, with knowledge of what Israel should do.”

This is reality today…your nation is perched precariously on the precipice of catastrophe. Our nation needs an unquestioned majority of those mimicking the sons of Issachar “who understand the times and with knowledge of what the USA should do!” This is the reality that YOU must either refuse or realize.

Two personality types deal with reality. These are life’s perspective in opposite ways. You are one or the other.

The first is “Pollyanna.” The term is from Eleanor H. Porter’s 1913 novel. This novel focuses on an orphan named Pollyanna. She has an unrealistic optimistic attitude. It is an entertaining and escapist read BUT it is a totally banal possibility for reality. It refers to a person who is excessively and blindly optimistic person. Thus, it identifies one who is unreasonable and illogically optimistic. Such a person is a fool, an idiot and a coward.

Modern psychology has identified the Pollyanna syndrome as “an excessively or blindly optimistic person who refuses to accept reality.” They say “Well things are not so bad.” These refuse to look at reality. The syndrome describes the difference between an ineffective and an effective approach to problem solving; the difference between escaping responsibilities from delusionary optimism and being realistic about personal duty to challenge reality.

The “Pollyannas” of this world threaten responsible living. Such offers no specific counsel but only generalities that can be understood in various ways. These remain silent “but prayerful.” They utilize “prayer” as a convenient amulet or talisman for dismissing the “bad situation” being discussed. These profess confidence in God BUT they fail to put faith into practice—they fail to uphold and bind God’s Laws. James asks this group, “What use is it, my brethren, if someone says he has faith but he has no works? Can that faith save him?” (2:14). If you have faith that God will overcome then you will be active in that belief and aggressively seek God’s righteousness in reality (James 2:17, “Even so faith, if it has no works, is dead, being by itself”).

A Pollyannaish character embraces compromise that leads to disaster. Such people are unreasonable, illogical and subversive to reality. These are NOT the characters you want by your side in war. Victory is assured to those who are boldly confident and aggressively active in their faith in the Almighty God. This brings us to the next personality…

The second is Phinehas. He was the son of Eleazer and the grandson of Aaron. This is a man of heroic statute. When God’s enemies tried to compromise Israel and bring the nation to ruin, they first hired Baalam to curse the nation. But God turned Baalam’s curses into blessings. Baalam was dismissed but as he left, he advised how Israel could be compromised. The narrative states, “the people began to play the harlot with the daughters of Moab. For they invited the people to the sacrifices of their gods, and the people ate and bowed down to their gods. So, Israel joined themselves to Baal of Peor, and the Lord was angry against Israel” (Numbers 25:1-3).

The compromise of Israel at Peor was devastating. The flagrant anarchy was shocking. No authority was respected. The population was in chaos. The existence of Israel as a nation was “hanging by a thread.”

There was consternation in the nation. People were upset at what was happening. Numbers 25:6 describes a large group standing at the Tabernacle. They were witnessing the disintegration of their society. Their culture was unraveling before their eyes. They were weeping. They were whining. They were asking “What is happening! What can we do!” They were wringing their hands in nervous anxiety and shaking their heads in dismay. Even Moses was present but inactive. No one was trying to correct the issue. The only action was crying, wringing hands, shaking heads, perplexing words and an overwhelming sense of defeat.

In the midst of the anarchy and hopelessness, “when Phinehas the son of Eleazar, the son of Aaron the priest, saw it, he arose from the midst of the congregation and took a spear in his hand, and he went after the man of Israel into the tent and pierced both of them through, the man of Israel and the woman, through the body. So the plague on the sons of Israel was checked” (Numbers 25:7-8).

Phinehas realized the reality of his situation. His faith prodded him to confront reality. His heroic faith saved his nation and glorified God.

He took the initiative.

Phinehas understood that he must recognize reality. He did not seek a comfortable excuse to avoid being involved. He did not hide behind a Pollyanna optimism that God will suddenly pop up and put an end to the anarchy.

Phinehas took the initiative, realized the reality of his nation’s sin and anarchy, and acted with bold aggression. Because of this he is held in great esteem throughout the Scripture. He is a hero NOT because he was timid and nice BUT because he was upholding God’s righteous Law.

Here is how Inspiration memorializes this hero, “Phinehas stood up and interposed, and so the plague was stayed. And it was reckoned to him for righteousness, to all generations forever” (Psalm 106:30-31). Phineas saved his nation not by being “nice” to the anarchists but by upholding God’s righteousness.

The United States of America needs citizens who are like Phinehas NOT as Pollyanna. Our nation desperately needs citizens aggressively standing for God’s righteousness. Our nation needs voices boldly proclaiming and defending biblical truth. Our nation seeks the heroic hearts that are more concerned about upholding righteous morality and individual freedom instead of being “nice” and ignoring flagrant blasphemy that is known to them.

The presence of a Pollyanna is entertaining and it is an escape from reality. It is comfortable and convenient. It is “nice.” But you cannot survive in such a delusional existence. The Pollyannaish perspective is criminal; it is inhumane; it is ungodly; it is cowardly. During the horrors of the German National Socialist governing the general population lived in a Pollyannaish delusion. They refused to look at the reality of the evil surrounding them. As the daily purging of the “deplorables” continued, the residents of Weimer, Germany awoke each day to milk their cows, till their gardens, work their jobs and enjoy their families. Within easy eyesight were the walls of Buchenwald that held unfathomable horrors. They would hear rumors but conveniently dismissed these saying “Oh where is your proof? You are always looking at the negative. You are not being nice.” But they could not escape reality for very long with such Pollyannaish dismissals.

The real issue asks, “Are YOU a Phinehas or a Pollyanna?”

As you consider the points above, I ask, “Where are YOU with the reality of our nation today? Are you more concerned with being ‘nice’ and silent or are you striving to teach God’s righteousness? As you observe family, friends, and associates whose behavior, words and attitudes are contrary to God’s righteousness, do you respond as Pollyanna or Phinehas?”

This is YOUR reality…your nation is being decimated; morality is nonexistent; politicians refuse to condemn violence, rioting, looting and murder. YOU have family, friends and associates who have thrown away God’s righteousness to accept a personal anarchy. You cannot casually dismiss their behavior and be excused just as Weimar’s population could never excuse their silent approval of Buchenwald.

Are you a Pollyanna or a Phinehas?

Exactly what will Inspiration say about the way you refused reality or realized reality?

This is where YOU are today…your nation is perched precariously on the precipice of catastrophe. Current polls have the Dems winning both Houses of Congress and the Presidency. I pray the polls are significantly wrong and that God’s Providence will provide for us to continue as “one nation under God.”

Our nation needs an unquestioned majority of those mimicking the sons of Issachar “who understand the times and with knowledge of what the USA should do!” This is the reality that YOU must choose so that Inspiration will memorialize your life with the same compliment earned by Phinehas.

Plutarch’s Parallel Lives records the history of a General Lucius Cornelius Sylla. His general appearance was foreboding. He was of unusual height, had piercing blue eyes, and his face’s complexion was described as “white with blotches of fiery red.” He was a commander who was followed by committed troops. He held a “vehement and implacable desire” to conquer Athens, and he did so. On one maneuver he prepared siege to a city. He directed his troops to divert the River Cephisus. The troops were obedient to the order but they really desired to attack the enemy. Sylla pointed them to the most difficult position that had to be taken and told them to show their valor by their actions. The spirit of the men and their devotion to their Commander carried them forward and in spite of the difficulties, the victory was won. The moral of that historic victory must not be lost in our current situation. A courageous spirit is half of the battle won and often the courageous wins unexpected successes! It is this heroic courage and unquestioned commitment to our Commander that identifies us as “Phinehas.” This illustrates well Inspiration’s words, “For God has not given us a spirit of timidity, but of power and love and discipline” (2 Timothy 1:7).