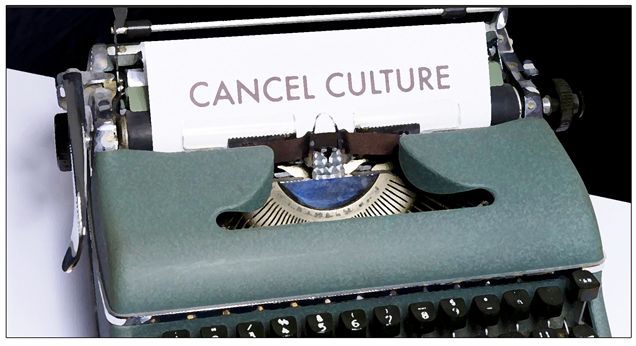 I know that I am not the only one feeling like I fell down a rabbit hole without taking the appropriate drugs to enjoy it. We don’t realize it, but we are now living in a world that has fallen apart. Our culture has collapsed while we were trying to understand what was happening.

Our leaders are inviting/allowing the destruction — not only of statues, thus our history – but of cities (and then asking the national taxpayers to cover the expense of rebuilding). We are told that healthy people must wear masks and practice social distancing, while the leaders are insisting on putting Wuhan Flu infected patients into nursing homes where the most vulnerable dwell. Mayors are allowing outlaw gangs to destroy their cities, deface property, and threaten citizens – without lifting a finger or speaking out against the illegal acts. People who do protect their property with guns (brandishing, not firing), are raided, their guns are confiscated, and they are being brought up on charges. Most tellingly, very few of our government officials are showing outrage over these actions and fewer (like one, so far) are doing anything to stop the lawlessness. It is as if our so-called leaders are tacitly approving of the mayhem; if not, it doesn’t show.

But, in my humble opinion, one of the most evil things is the ‘cancel culture’. What someone said 30 years ago, is now judged by the most extreme political correctness. So, 30 years ago, a man said he didn’t think women should be in the military. A comment, nothing more. He had no authority to make it an edict. So what? We all have opinions and speak them. But now, he has resigned his position because the cancel culture crew (ccc) attacked him via his employer. Cancel culture threatens the businesses that employ the ‘attackee’ with boycotting and more. Cancel culture is the modus operandi of political correctness. It is insidious. It is like a deadly virus living in your body that you don’t know about until some progressive woke snowflake decides to announce to the world that something you did decades ago is now verboten. Not only is it verboten, but because you committed the thought crime, and even spoke it, years ago you are now to be vilified, unemployed, and you need to kiss (or is it wash) the feet of those who have destroyed your life. And, as it is so much fun for evil people to watch this behavior, they will perpetrate it, too.

Understand that something that was not at all politically incorrect 10, 20, 30, 50 years ago, can now be used against a person. Instead of destroying statues of those who built the Great American Experiment, the ccc (who are by far more vile and dangerous than the KKK) are destroying living beings – for the fun of it. This is ex post facto without law. And political correctness is NOT the law. Being politically correct is supposedly protected by the First Amendment. I have a right to say something that makes you angry; and you have a right to be offended by it. But, so what?

We’ve seen political correctness mowing down businesses, people, statues, and more. Mostly with lies! An early example that crossed my mind is when Greenpeace hired a man to club a baby seal to death while they filmed it and blamed the Inuit sealers. While it was exposed as a ‘hit job’ and even taken to court in Germany, the lie remains in the minds of many. This was cancel culture before it had a name, and it was one of the most egregious examples. But it has been used to destroy so many businesses, people (the ccc love it when humans are destroyed by their actions), and now our culture.

First, our culture had to be eroded. Our schools brainwashed our children with lies – yes, lies. Lies about the hole in the ozone, global warming, gender, meat eating, COVID, individual freedom – a whole gamut of issues. Our government has been a major aider and abettor in many of the lies promulgated through the schools, and through the medical societies, courts, and Congress. The scientific community is no exception. Neither are the churches. We are being undermined from every side.

Western Culture is being taken down without a shot being fired. It is being canceled. And most of us don’t even see or understand what is happening. By the time we can comprehend it, it will be far too late.

Kathleen Marquardt has been an advocate for property rights and freedom for decades. While not intending to be an activist, she has become a leader and an avid supporter of constitutional rights, promoter of civility, sound science, and reason. She serves as Vice President of American Policy Center. Kathleen now writes and speaks on Agenda21/2030, and its threat to our culture and our system of representative government.