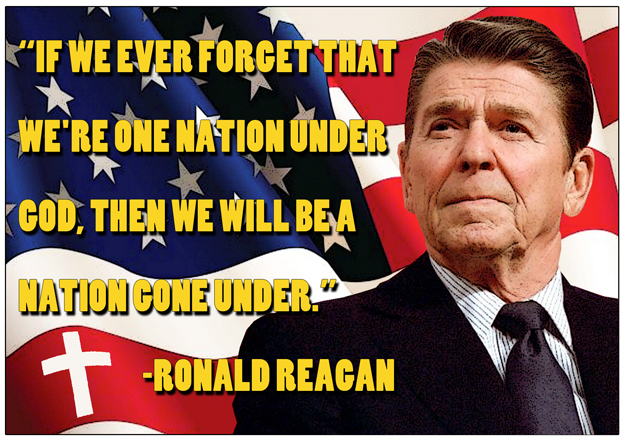 The Old Testament prophet Jeremiah is known as “the weeping prophet.” He was a citizen of a nation that had ascended to the pinnacle of world power. That nation had set the world’s standards for economic, civil, military, and political successes. These accomplishments were not approached by any other nation until Columbus discovered America in 1492 and the United States of America declared her God-given sovereignty in 1776.

But Jeremiah uttered an anguished cry, “Oh that my head were waters and my eyes a fountain of tears, that I might weep day and night for the slain of the daughter of my people!” (9:1) and “Let my eyes flow down with tears night and day, and let them not cease; for the virgin daughter of my people has been crushed with a mighty blow, with a sorely infected wound” (14:17).

The prophet sorrowed because his nation had dissolved into anarchy. The Rule of Law that once assured peace, safety, and successes had been replaced. The prophet was perplexed by this catastrophic change in his nation’s direction. “I have listened and heard, they have spoken what is not right; No man repented of his wickedness, Saying, ‘What have I done?’” (8:6) and again “I know, O Lord, that a man’s way is not in himself, nor is it in a man who walks to direct his steps” (10:23).

Jeremiah walked his city looking at the corrupt culture. No doubt he shook his head and asked “What IS happening to my country?!” He mourned, “We waited for peace, but no good came; for a time of healing, but behold, terror!” (8:15)
With one brief word the Prophet summarizes the culture of a nation in crisis—“Terror”!

Rule of Law in America?

This truth has been recognized. Perhaps one of the more recent comments, “If we ever forget that we’re one nation under God, then we will be a nation gone under.” (President Ronald Reagan August 23, 1984).
Another truism states, “A nation without God is a God-less nation.”
The truth of history repeatedly validates that when a nation turns away from God and refuses to restrict the immorality of its population, then evil rules and national collapse is near. Such a message was sent to the World Empire of Nineveh (Jonah 3:4). That nation repented and was spared collapse until it turned away from God’s Rule of Law and refused to repent. It was then destroyed.

This historical constant applies to modern America. This is not just a boring historical fact to be welcomed by a “ho-hum” sigh. This is our present reality. The United States of America is experiencing Jeremiah’s desperation, “We waited for peace, but no good came; For a time of healing, but behold, terror!” (8:15)

The added stress is the fact that many appear to have surrendered to this cultural anarchy. Night after night people are attacked, kicked to the streets, victims of arson and anarchy. The law officers are resigning. Many are surrendering to the anarchists. Now the protestors are marching into the suburbs demanding the houses be given to them. “Racism” and “reparations” are used to justify the vilest acts of inhumanity.

But…this situation in the United States of America is not new. It is only a repeat of the historical constant that lawlessness destroys peace and a lawless culture does not bring personal freedom but a total national collapse.
The late 1700’s provides us with an amazing lesson validating our point. Two revolutions marked that era but each was diametrically opposed to the other. One based its foundation on the Rule of Law that comes from “the Creator” (God Almighty). The other based its foundation on the Rule of Law that is established by “Man’s Reason and Enlightenment” without God Almighty. It is this choice that America faces in 2020—which Rule of Law will our nation choose to follow?
Consider the foundation of each of these nations.

We first consider France 1789 the “Declaration of the Rights of Man and of the Citizen” was composed. This claimed to be a document safeguarding the basic charters of human liberties. Its 17 articles, adopted between August 20 and August 26, 1789, by France’s National Assembly, served as the preamble to the Constitution of 1791. The basic principle of the Declaration was that all “men are born and remain free and equal in rights” (Article 1), these rights were specified as the rights of liberty, private property, the inviolability of the person, and resistance to oppression (Article 2). This document inspired the French Revolution. The vague terms were used to disguised a malevolent goal—yes property, liberty, and personal rights were stated BUT they would be defined far differently than the general population understood. Yes “oppression” was to be resisted BUT ONLY as defined by the elite. The general attitude of the anarchists implementing this Declaration is well voiced by a politician in recent weeks who said, “Yes everyone should have a choice in wearing face masks as long as they make the RIGHT choice.”

It is significant to note the sources of the Declaration included the major thinkers of the French Enlightenment, such as Jean-Jacques Rousseau and Voltaire.

This Revolution was founded on a God-less basis and subsequent actions were God-less tyranny, evil, murders, arson, confiscation of private property, and the total destruction of a nation.

The contrast between The United States of America and France is stark. In fact, it is actually SHOCKING. One places trust and confidence in the protection of the Almighty Creator. The other exalts human reasoning and man’s “enlightened” freedom from religious obligations.

The greatest contrast is found in the consequent history of each nation. The USA soared to success and world influence. The economy, military, and culture of American became the envy of the world. The jurisprudence governing our civility made “true justice” a reality. France devolved further into anarchy. Historians identify the period of time (June 1793-July 1794) following France’s “Declaration of Man” as “The Terror.”

Even the blind can see this frightening contrast.

An explanation of France’s acceptance of anarchy that led to its collapse is suggested by this historian. “It is ironic that of all countries in Europe, France was the only one that could have had a revolution—not because she groaned under the lash of tyranny, but, on the contrary, because she tolerated and even invited every conceivable dissension and heresy. Restlessness, a passion for novelty and the pursuit of excitement were everywhere in the air. They were the fruits of idleness and leisure, not of poverty.” (PARIS IN THE TERROR, June 1793-July 1794. Stanley Loomis. J. B. Lippincott Company. Philadelphia and New York,1964. Page 12).

Culture cannot cancel history! The “cancel culture” is another point of absurdity that should be discussed but I do not have time to address it here. But I simply note the absolute fact that the prevailing pressure and riotous actions of today’s blasphemous culture CANNOT cancel the historical constant!

There is an idiom stating that one “cannot whistle past the graveyard.” This idiomatic phrase describes the attempt of one to stay cheerful in a dire situation. One thus described is going forward into a situation and ignoring a certain hazard. Even if the hazard is recognized the fool proceeds hoping for a good outcome. Those thus described enter a situation with little or no understanding of the possible consequences.

This is where the United States of America is in 2020. We are at a crossroad with a choice to follow the historical precedent that made our nation great or to choose the historical folly of Revolutionary France.

There is much more to say about this choice and its ramifications for modern America.

I close with a reference to another historical event that chronicles the collapse of a great nation into anarchy’s chaos. Hosea 4 addresses Israel’s surrender of allegiance to God’s Rule of Law and her acceptance of anarchy’s terror.

“Listen to the word of the Lord, O sons of Israel, for the Lord has a case against the inhabitants of the land, because there is no faithfulness or  kindness or knowledge of God in the land. There is swearing, deception, murder, stealing and adultery. They employ violence, so that bloodshed follows bloodshed. Therefore, the land mourns, and everyone who lives in it languishes along with the beasts of the field and the birds of the sky, and also the fish of the sea disappear” (1-3).

Unspeakable catastrophe results when there is “no knowledge of God in the land.” There is violence, immorality, lawlessness, and disrespect for the governing legal officers. The entire scene is sadly summarized “bloodshed follows bloodshed.”

What is the answer? It is either follow man’s arrogance or submit to God’s sovereignty. One way brings “terror” and the other brings tranquility.

Truth and mercy are attributes and virtues of humanity only IF the population follows God’s Rule of Law.
Truth implies uprightness in speech and behavior. True integrity in character and conduct is possible only IF the Law of the Almighty God is permitted to transform one’s thoughts and actions.

Mercy combined with truth makes a man kind as well as honest, benevolent as well as upright. These blessings are possible only IF one submits to the Almighty God. When man rejects God’s Law and chooses anarchy, he will NEVER find kindness, honesty, benevolence and integrity. Those involved in today’s riots illustrate this truth and they join the anarchists of the French Revolution.

If we know God to be a God of truth, we will cultivate truth in our hearts, express it with our lips, and practice it in our lives.

If we know God as a God of mercy, who has shown boundless mercy to us in pardoning our multiplied and aggravated offences, we will imitate that mercy in our relations to our fellow-man.

The Prophet’s point was clear—violence, bloodshed, and anarchy result because the nation did not know God. This point was further stressed in chapter 4:

Verse 6, “My people are destroyed for lack of knowledge. Because you have rejected knowledge, I also will reject you from being My priest. Since you have forgotten the law of your God, I also will forget your children.” Destruction is coming because knowledge was rejected. The people knew God but refused to obey God.
Verse 7, “The more they multiplied, the more they sinned against Me; I will change their glory into shame.” The degree and examples of sin multiplied greatly.
Verse 8, “They feed on the sin of My people and direct their desire toward their iniquity.” The impact of the general sinning increased the intensity and shocking nature of sin in society.
Verse 10, “They will eat, but not have enough; they will play the harlot, but not increase, because they have stopped giving heed to the Lord.” There is no satisfying the anarchist’s appetite. Anarchy cannot be placated. You cannot appease terrorists.
Verse 19, “And they will be ashamed.” The finality of a nation that has turned from God and chosen anarchy is sorrowfully recorded for history to hold.

The United States of America was founded upon principles taught by the Almighty Jehovah God of the Bible. If we reject that we are one nation under God’s sovereignty, we face destruction. Jeremiah 20:4, “(T)hus says the Lord, ‘Behold, I am going to make you a terror to yourself and to all your friends’.”