John Kachelman, Jr.: Get your goggles on! 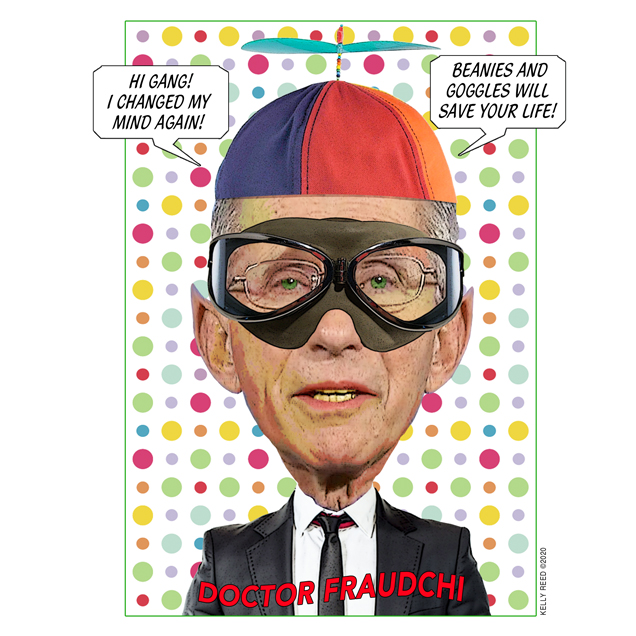 These are all qualities that a Totalitarian State demand and will definitely punish non-compliance. Just search Communist China and read the interesting evolution of Mao’s China with the ordinances controlling approved clothing so that all would wear exactly the same thing. In the early 90’s I met a person who has been a very good friend for decades. He began business in the newly CIS by bartering and trading with westerners who were coming into the CIS. He said that his greatest success was trading USSR memorabilia for blue jeans! He said that no one in the former USSR could get blue jeans as they were a dictate from the State that depicted the degeneracy of the west.

The historical surrender of personal rights and individual freedoms is a fascinating study of human behavior. It is amazingly simple to get an entire population group to surrender individualism because they want to become an accepted part of the “blob.” Those who do not conform are treated horribly, cussed constantly and pressured to break their resistance. Total compliance results in a robotic population who is easily controlled for the State’s Elite. There is ALWAYS a small group in control. There is NEVER total equality and egalitarianism regardless of the persuasive propaganda!
The United States of America is about to cross the threshold where personal rights, individualism and true liberty will be left behind. We, as a nation, are on the cusp of Aldous Huxley’s BRAVE NEW WORLD. This book was written in 1931. I read it in high school in 1970. It once seemed a cleaver Science Fiction theme. However, now its cleverness is in its troubling prescience.

With these points in mind, look carefully at our current society. When mandatory face masks were first suggested many sounded alarms and the issue died down. But then even though the hospitalizations and deaths of COVID-19 dramatically decreased, we were told the infections were really the major threat. Once again mandatory face masks were introduced and slowly, little-by-little cities and states began to issue mandatory face masks ordinances. President Trump has stubbornly refused to issue a national ordinance and I hope he remains stubbornly opposed but he is dealing with unbelievable pressures to do otherwise.

In regard to the face mask issue many naively say, “What’s the BIG problem? It’s only a face mask? Just go along with the State because it is looking out for YOUR best interests.”

We are now told when to wear face masks and how to wear face masks. Individualism is threatened and incredible pressure is focused toward those who do not wear a face mask even in the “optional” locations. Individualism is thus crushed! Now there is a fervid discussion about the color that is best, the model that is best. Some are even suggesting that the Federal State dictate the color, model, and all elements associated with the face mask. If this is allowed to happen, then citizens will be punished for wearing any face mask that is different. Individualism will thus be erased!
The problem IS the State! True history is inerrant. True history documents the subtle and slow surrender of individualism and personal rights and absorption into a totalitarian system where the individual has absolutely no choice—all morality is determined; all clothing is determined; all religion is determined; all dietary menus are determined. It begins slow and subtle but the end is surrender of all control!

God warns us, “The prudent sees the evil and hides himself, but the naive go on, and are punished for it (Proverbs 22:3).
So here is where we are on July 30, 2020…Americans have been incessantly propagandized for months being told that face masks are essential to “flattening the curve.” We were told that wearing these for two-weeks will show a dramatic decline in infections.” In some locations face masks have been work well past the “two-week” period. Just how verifiable is this face mask theory? The infections are rising greater than before the face mask ordinance! So the narrative has to change… “we won’t know the impact for several more weeks but face masks are still required ”!

But today another element is injected into the “preventive” narrative…“If you have goggles or an eye shield, you should use it,” Fauci, 79, the top US infectious disease expert, told ABC News Chief Medical Correspondent Dr. Jennifer Ashton on Wednesday. When asked if eye protection will become a formal recommendation at some point, he said, “It might, if you really want perfect protection of the mucosal surfaces.” (New York Post, “Fauci urges Americans to wear goggles for added COVID-19 protection”)

Rod Serling and his writers of The Twilight Zone anticipated the horrors of mandated conformity and the surrender of personal rights and individualism. Go online and watch these two poignant episodes and keep in mind the “face-masks and eye-goggles”!  “Eye Of The Beholder” and “Number 12 Looks Just Like You”

So America, as you put on your face mask to go to the store put on your shopping list to buy some eye goggles. I am not sure what model, color or any other aspect of the goggles you should wear. But, as our nation marches into totalitarian control by the State we will all be goose-stepping with face masks and eye goggles!
The most amazing footnote that history will record…the World Power was conquered by face masks and eye goggles!
“Why are the nations in an uproar and the peoples devising a vain thing? The kings of the earth take their stand and the rulers take counsel together against the Lord and against His Anointed, saying, “Let us tear their fetters apart and cast away their cords from us!” He who sits in the heavens laughs, the Lord scoffs at them” (Psalm 2:1-4).