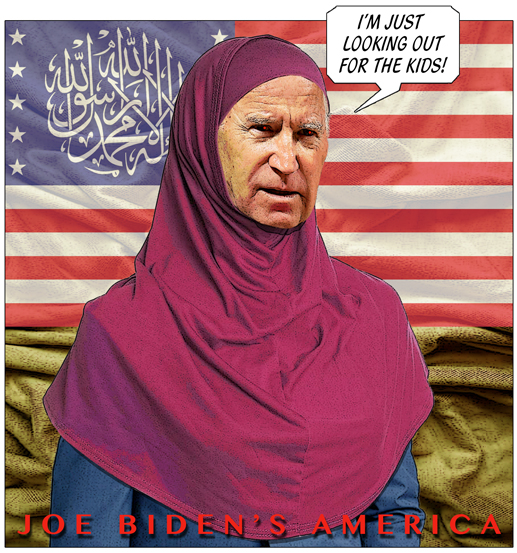 Even the briefest survey of man’s civilization highlights a redundancy of the “rise and fall” of world Empires. History validates that many World Powers rested securely because they possessed the most modern weaponry, astute military strategists, astonishing engineering feats, renowned politicians and a worldwide economy. But the unimagined occurred…the World Power lost its power.

There is one historical constant—a nation ascends to the apex of the world’s power. Its economy is the desire of all, its strength is envied and it presents the promise that if any can live within its borders then all problems will vanish. However, this constant has an ominous corollary—with every “rise” comes a “fall.” National greatness is fragile. Many great Empires have been erased and shuffled to obscurity (i.e. the Hittite Empire). National greatness celebrated by one generation can be surrendered by the next generation.

The history of civilization validates the troubling fact that nations focused on self are destined for the dust bins of history. The very instant that the national attention is turned toward personal gratification and moral standards are ignored, a decay of that nation begins. Consequently, all of their great accomplishments (politically, economically, militarily and religiously) become a tragic footnote in the evolving chronicle of earth’s history.

There is only ONE absolute means for total security of a nation. That security is a national adherence to and willing consent with the Almighty God’s directions. “Blessed (happy, fortunate, to be envied) is the nation whose God is the Lord, the people He has chosen as His heritage” (Psalm 33:12).

The tragic redundancy of civilization’s rise and fall is being repeated in our “modern” era. The record of the sociological movement of the world (and particularly our nation) traces a number of events that have decimated the God-ordained family unit, erased the morality and ethos of civil behavior, and repudiated the necessary trust for divine strength and protection. An observable move away from a focus on the Lord God Almighty of the Bible and toward mortal knowledge has been recorded. Personally, I think the movement possibly began with the repudiation of God and the supernatural at the turn on the 18th Century. This rejection of God became evident with World War 1. The aftermath of the Great War brought sociological shifts of unimagined damage to those seeking “freedom” from God.

The current Presidential election is a cultural war that will decide the fate of the United States of America. After November 3, 2020, Americans will see either the total “transformation” of our nation or the opportunity of the citizenry to reclaim the “greatness” that characterizes the “exceptionalism” of America. I believe this is a valid point that many ignore.

I recall in public high school homeroom every day we would stand and face the flag of the United States of America place our hands over our hearts and recite the pledge of ALLEGIANCE to this nation. Then we would be seated as a classmate would select his/her favorite biblical text, go to the front of the class and read that text from a Bible that was always openly displayed on the teacher’s desk. The daily Bible readings were simply scheduled—we would go down the desk rows and each day the reading would be given and the next sitting in the row would be expected to come to homeroom with his/her Bible reading ready. After the Bible reading the homeroom teacher would lead the entire class in the Lord’s Prayer. In this fashion, the public educational system reminded pupils of our heritage of faith and their required fidelity to uphold elementary civics.

But, in 1962 the United States Supreme Court held, in Engel v. Vitale, that it was unconstitutional for students to be required to recite official prayers in the public schools. That ruling slowly disseminated until today it is impossible to mention basic Judeo-Christian beliefs or profess allegiance to our nation’s Constitution.

This heinous development is now highlighted by the Democratic Party’s presumed Presidential candidate.
Monday 20 July 2020 Joe Biden spoke to the Million Muslim Votes Summit. On a video call with Sharia law advocate and radical Islamic activist Linda Sarsour, Biden said, “If I have the honor of being president, I will end the Muslim ban on day one, day one.”

Adding to this flagrant repudiation of America’s basic foundations, Biden said that American children should be taught more about Islam in schools. “One of the things I think is important, I wish we taught more in our schools about the Islamic faith.”

Biden continued praising Islam: “Hadith from the Prophet Muhammad instructs, ‘Whomever among you sees a wrong, let him change it with his hand. If he is not able, then with his tongue. If he is not able, then with his heart.'” Muhammad, the founder of Islam owned slaves, partook in the slave trade, viewed women as a possession on the same level as a camel, commanded terror and ruthlessness toward any one not a Muslim. And these evils are now simply redefined as actions of the Islamic “heart.”

Joe Biden’s stated position is clear: “I wish we taught more in our schools about the Islamic faith.”
The United States of America was founded upon the principles enunciated by the Lord God Almighty—Jehovah of the Bible. NOT by the angry Allah of Islam who delights in blood, gore and oppression.

How benevolent is this Islamic religion which Joe Biden wishes to upon our public schools? It is a religion marked by terror, hatred, bloodshed, bigotry, cruelty, arrogance, and all other evil attitudes and actions of Satan. It has stood against every humane principle upon which our great nation was founded.

Recently the Daily Caller News Foundation published an article with this title: “Islamic school tortures and chains kids between 2 and 10 years old, Children finally free form horrific nightmare” (July 22, 2020). It reported an incident in Nigeria. I have experience in Nigeria and specifically with the Boko Harem. Dealing with Islam always involves conflict just as reported in this article. Fifteen children were freed after being held and tortured at an informal Koran school in Nigeria. The children were found with scars and wounds, indicating they were tortured. Three chains used to tie the children’s legs were recovered. The children’s ages ranged between two and ten. Unregulated Islamic schools are common in Nigeria and often exposed for gross mistreatment of students.

Now, do YOU understand that this is the reality which Joe Biden, and the Democratic Party, seek to bring to the public schools of the USA? This is the coming reality of the Muslim objective in Michigan when the police are defunded and no law exists, THEN Sharia Law will be installed!

God’s judgment will come upon our nation just as it has historically fallen upon any nation that rejects Him. The most modern weaponry, astute military strategists, astonishing engineering feats, renowned politicians and a worldwide economy cannot forestall this judgment! God’s prophet spoke to such a nation saying, “You are of no account, and your work amounts to nothing; he who chooses you is an abomination…Behold, all of them are false; their works are worthless. They are wind and emptiness” (The Bible, Isaiah 41:24, 29).

Note: John Kachelman, Jr. is a Christian patriot, preacher, and missionary for Jesus Christ to foreign countries. He lives in Montgomery, AL.