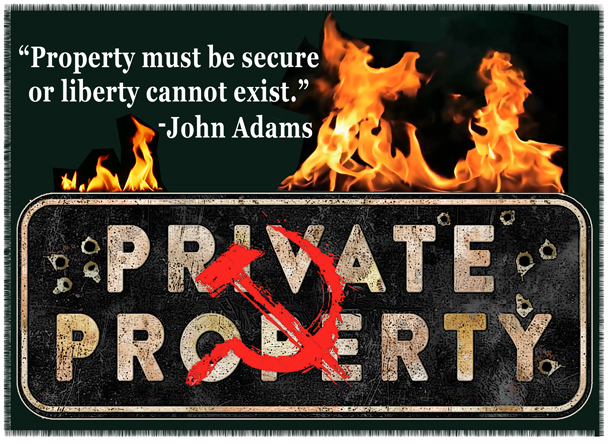 Fox & Friends reported Monday that an Ohio business owner “is receiving threats for cooperating with law enforcement officials investigating the looting of her cupcake store last month.” “Kelly Kandah, the owner of Colossal Cupcakes in Cleveland, which was destroyed by looters, said some of those threats include people telling her that when her store is rebuilt, ‘it’s going to happen again.’”

Ms. Kandah said that some of the “complaints” of rioters were due to the fact that her cooperation with the FBI is “upsetting people” because she would involve the police over something such as property.”

The family-owned business, which is Ms. Kandah’s investment of her own private capital, is afraid to re-open after repairs because her plea to law enforcement for protection is seen by the looters as “racist” for “not supporting ‘black lives.’”

Kelly Kandah’s story is only one example of literally hundreds and thousands of private business owners who have lost, and are in the process of losing their own private property to the forces of evil. Violence is sweeping the country in the aftermath of the George Floyd death leaving cities such as Minneapolis looking like the streets of Baghdad.

Much of the current hedonistic lawlessness, inclusive of the disrespect of private property, is due to the infusion of socialistic “values” in our people. The doctrine of socialism disdains the very concept of “private property.” Private property is itself considered to be evil, according to Spargo & Arner (Elements of Socialism).

Not only is private property considered to be evil, but is the very cause and root of all societal problems. “Dishonesty” is supposedly caused by “private property” (p. 23); property is that which “divides mankind into classes” (p. 206), and therefore, all property must be leveled.

A malicious view of these socialists is found in their comment regarding “Negroes” and private property. “The ‘thieving propensities’ of the Southern negro do not come from a criminal nature, but from the failure of a simple barbarous people fully to appreciate the conception of private property” (p. 71).

Since private property is seen as a development of evolutionary changes through centuries, and people are as well, Spargo & Arno are suggesting that blacks have not evolved to the point where they have appreciated the developments of civilization.

It is ironic that the current slew of Marxists and socialists in our universities have maligned Christianity with a backward view of blacks and private property—when in point of fact, it is SOCIALISM itself which teaches it.

Like Spargo & Arno of yesteryear, the current Mayor of NYC, Bill de Blasio, himself a Marxist, has decried the very concept of private property in a 2017 interview, as reported by USA Today (9-13-17). Private property is a roadblock to economic progress, per de Blasio.

The mobs, looters, and violence mongers stalking our city streets agree with him. Private property is for destruction. A godless worldview.

The founders of America correctly recognized that all of private property is an extension of one’s life, energy, and ingenuity (see W. Cleon Skousen, The Five-Thousand Year Leap, 171). Therefore, “to destroy or confiscate such property is, in reality, an attack on the essence of life itself.”

“The person who has worked to cultivate a farm, obtained food by hunting, carved a beautiful statue, or secured a wage by his labor, has projected his very being—the very essence of his life—into that labor.”

Property rights is an essential ingredient to liberty and freedom. John Adams saw it clearly. “The moment the idea is admitted into society that property is not as sacred as the laws of God, and that there is not a force of law and public justice to protect it, anarchy and tyranny commence. Property must be secure or liberty cannot exist.”

Thomas Jefferson wrote, “A right to property is founded in our natural wants, in the means with which we are endowed to satisfy these wants, and the right to what we acquire by those means without violating the similar rights of other sensible beings.”

For the reasons cited above, “Life, liberty, and property” is the phrase enshrined two times in our Constitution.

What Occurs When Property Rights Are Not Respected?

W. Cleon Skousen, in The Five-Thousand Year Leap, observed that FOUR things will occur, and have occurred, where the right to property is not preserved.

One, the incentive of an industrious person to develop and improve property is destroyed. This is exactly, to the tee, what is occurring in America right now as Marxist lawless gangs loot and destroy. Kelly Kandah is “AFRAID” to re-open her business, just as she was afraid to DEFEND her business as thugs destroyed it while she hid in the back rooms while the ransacking occurred. “My family built it up, [I] listened to it get absolutely destroyed,” she said on June 2. “That whole time we were locked in there [back bathroom]… I just listened to everything getting shattered and crushed.”

Two, the industrious individual would also be deprived of the fruits of his (or her) labor. Witness again Kelly Kandah, as well as a host of other law-abiding citizens who have lost their life fortune’s while their businesses went up in smoke in recent George Floyd riots.

Three, marauding bands would be tempted to go about the country confiscating by force and violence the good things that others had frugally and painstakingly provided. Who has not seen the video clips of huge Black Lives Matter crowds plus Antifa and useful idiots robbing and pillaging businesses, homes, and grocery stores?

Four, mankind would be impelled to remain on a bare-subsistence level of hand-to-mouth survival because the accumulation of anything would invite attack. Kelly Kandah, who has laboriously accumulated something of value through the years in her Colossal Cupcakes, invites lawless attacks simply due to that fact alone. It matters not that she declares she is “absolutely for the cause” (Black Lives Matter). That cuts no figure to Marxists and violence-mongers. She has accumulated something of value.

Be sure of this. In the wake of destruction of private property also comes destruction of innocent lives. Indeed, some of this has already been occurring. And all of this from a “WOKE” crowd.