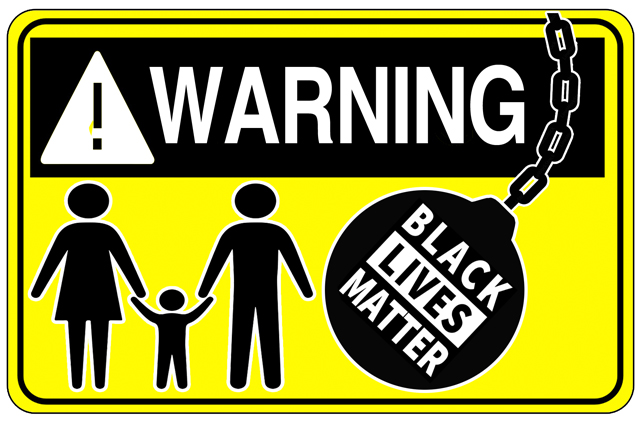 In 1962, James D. Bales, Christian researcher and teacher at Harding University in Searcy, AR warned that “Open and hidden communists are endeavoring to use racial problems as a means of dividing our country and making and using for their own purposes those who are blind enough to form temporary alliances with them” (Communism: Its Faith and Fallacies). We are seeing this played out in America right now.

This is precisely the case with the #Black Lives Matter movement that has gained steam since the death of George Floyd. #BLM is not about real justice in America, but about “fundamentally transforming” our country into a Third World godless socialist nation. Their own website champions the homosexual agenda, the end of the nuclear family as described by the Bible, “queer affirming,” “globalism”, and “transgender affirming.”

The entire network of the #BLM, including BLM @ School (BLMS), co-signed by self-described communist Bill Ayers as well as communist-sympathizer Opal Temeti, co-founder of #BLM movement, is thoroughly anti-Christian in every sense of the phrase.

First, BLM was founded upon a grand lie.

Their website states the BLM “began as a call to action in response to state-sanctioned violence and anti-Black racism.” The catalyst for their movement came in the “death of Trayvon Martin and the subsequent acquittal of his killer, George Zimmerman.” Jesus

“A year later, we set out together on the Black Lives Matter Freedom Ride to Ferguson, in search of justice for Mike Brown and all of those who have been torn apart by state-sanctioned violence and anti-Black racism.”

However, the facts show that, no matter how loudly the black communities may yell about the deaths of these two young men, both were criminal in their behavior and their deaths occurred while they were violently attacking another person. But both of these incidences are cited as justification for the belief in “state-sanctioned violence” against blacks.

Second, the principles of BLM are imbued with anti-Christian and anti-family hate.

The basic guiding principles of the BLM website is not simply about “anti-Blackness” but has a large block of material dedicated to eradicating the biblical teaching regarding the family. For example, “We disrupt the Western-prescribed nuclear family structure requirement by supporting each other as extended families and ‘villages’ that have collective care for one another, especially our children …”

Note carefully—it is the entire Western culture of the nuclear family that is under assault. The “nuclear family”—Mom, Dad, and the kids—or, “a man shall leave his father and mother and cleave unto his wife and the two shall be one flesh” (Matt. 19:6) is despised and rejected just as is Jesus Christ who founded that nuclear family. This was established in “the beginning” by God (Matt. 19:4).

Not only so, but “we are a queer-affirming network” boasts BLM. “When we gather, we do so with the intention of freeing ourselves from the tight grip of heteronormative thinking, or rather, the belief that all in the world are heterosexual…” Instead, they wish for “transgender brothers and sisters to participate.”

This is the liberation of which BLM continually speaks—liberation from God’s Word in all forms. For those who are not so blinded by the Satanic-oriented agenda of BLM, they can see that the black family has all but disappeared in society—a large majority of black homes in America are already rearing children without any present biological fathers. This is what they wish for all of society. “Collective villages,” as they put it.

“Misogyny” also makes the list of sins that BLM wishes to eradicate—hate against women. Perhaps BLM look no further than the violent, misogynistic, hate-filled lyrics of Black rap music that fills the ears of high school students for an example of “misogyny.”

Third, BLM’s Agenda is to brainwash children with these same goals in the public schools.

Like Stalin’s forcible education of all Soviet children in the doctrine of atheism and anti-capitalism, the affiliate organization to BLM, BLM @ Schools (BLMS) has already been endorsed by the National Education Association. The union’s EDJustice website gives us a glimpse of what is coming this fall to public education.

“How to talk to young children about the Black Lives Matter Guiding Principles” is one document which encourages educators to teach Marxist ideals such as “intersectionality” and “transgenderism” (Lius Miguel, BLM Wants to Get into Schools. Here’s What They Plan To Teach). This curriculum is written by BLM activist Lalena Garcia, a self-described “queer kindergarten teacher.”

BLMS, like its parent, BLM, “defines” the black family as “creates space that is family friendly and free from patriarchal practices.” Once more, the father as the head of the home is the “patriarchal practice” that is targeted for extinction.

As Miguel observes regarding Lalena Garcia of BLMS, the entire BLM smorgasbord is “pure social-justice word salad: pseudo-scientific-sounding psychobabble meant to dress up Marxist tyranny and make it palatable to minorities. An actual read-through and meditation on what Black Lives Matter believes should be enough to convince most people that their ideology is poison for black lives and all lives.”