Bill Lockwood: May Christians be Engaged in Politics? 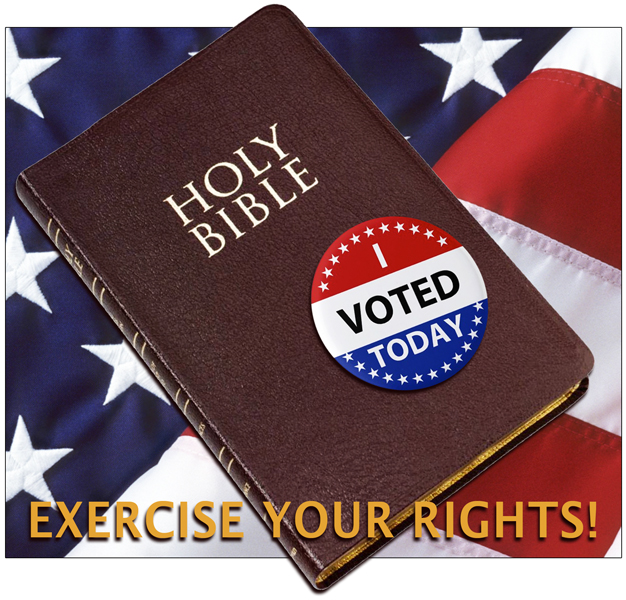 “Politics” is one of those words that has taken on ugly connotations in almost every context in which it is used. It has the air of manipulating people for some personal gain. Indeed, one of the definitions of “politic” is “shrewd, crafty, unscrupulous.” If we leave it right there, then the issue of Christian involvement settles itself.

However, political science refers to the methods and principles of governing. When used in this sense, it is more statecraft, which is “the art of managing state affairs.” Used in this way the entire issue of Christian participation takes on a different color. Let’s back up to some basics.

God created man in his own image (Gen. 1:26). Only mankind (humanity) was created by God with this “image.” This apparently refers to the capacity of humans to exercise free will; to have moral sensitivity; to manage rational behavior. The point, however, is that humankind only, of all of God’s creation, has intrinsic value.

An extension of this value is liberty—freedom of movement and choice. This is man’s endowment from God because man cannot sustain himself without labor or work. Man is to utilize (subdue, have dominion over, Gen. 1:28) the creation to that end. The original order from the Creator was to work or labor in order to eat (Gen. 2:15-16). God’s design therefore implies liberty in order to accomplish this.

At the same time, private property is an extension of my labor, an extension of myself. “Thou shalt not steal” implies private ownership of property. Even the U.S. Supreme Court recognized the same in 1972 in Lynch v. Household Finance. Property rights are “fundamental civil rights.” Further, the right to property is inseparable from the right to liberty. One cannot exist without the other.

“Law” is simply “rule of action.” Frederic Bastiat, in his classic essay The Law, wrote it best. “Life, liberty, and property do not exist because men have made laws. On the contrary, it was the fact that life, liberty and property existed beforehand that caused men to make laws in the first place.” Are Christians banned from crafting laws by which to protect their God-endowed rights? Surely not.

Law then, as Bastiat breaks it down, is defined as “the common force that protects this collective right [and it] cannot logically have any other purpose or any other mission than that for which it acts as a substitute.” That is to say, law is the common force of a number of people and only has the authority of those individuals in defense of life, liberty, and property.

If the answer to any of these questions is “no” then we might ask how was it that God Himself so provided for those things in the Old Testament? Defense of any of these is certainly not inherently wrong. The “common force” is nothing less than government. If a Christian may engage in defense of life, liberty or property as an individual, he or she may do so as part of government.

Is it possible that a “common force” (government) can be used for nefarious ends? Of course. But it is also possible for the collective force or governing authority to do right. This is the basis of Romans 13:1-7.

Let’s check our answer with the New Testament. The apostle Paul was arrested in Jerusalem (Acts 23). Kept in a Roman prison, he discovered that a plot had been laid for his life by the Jews. This conspiracy (23:12) was made known to Paul by his nephew while visiting the apostle. Paul instructed the young lad to take the information to the commandant. The commandant considered the news credible and prepared almost 500 armed soldiers—acting as a police force and deterrent to the murderous plot of the Jews—to transport Paul to Caesarea.

Here is a case of an apostle, utilizing the lethal force of government to protect his life and ensure a miscarriage of justice did not occur. It is certainly right to use violence for self-preservation. If it is right for Paul to use it, it is right for another Christian to participate in the governing authority that Paul used.

It seems less than satisfactory for one to respond, “Well, the Roman soldiers and governing authorities are going to hell anyway, so let them to the killing.” By that lack of rationale one would hope that conversions among the military or police or state officials would not occur so that we may protect ourselves with the devil’s population!

It seems clear that a Christian may engage in statecraft—organizing laws and regulations for a community based upon Christian standards, including enforcement mechanisms. The only issue therefore, is: What kind of governance is it by which we can best maintain the liberties granted to us by God? The perfect answer is provided succinctly by the one and only Thomas Jefferson.

In a letter to Gideon Granger in 1800 Jefferson explained how centralization of government would lead to despotism and loss of freedom.

Our country is too large to have all its affairs directed by a single government. Public servants at such a distance and from under the eye of their constituents, must, from the circumstance of distance, be unable to administer and overlook all the details necessary for the good government of the citizens, and the same circumstance, by rendering detection impossible to their constituents, will invite the public agents to corruption, plunder and waste. And I do verily believe, that if the principle were to prevail, of a common law being force in the United States, … it would become the most corrupt government on the earth.

If you wish to maintain your liberties, keep the governing powers local. With words that are so accurate they ring prophetic, he continued,

What an augmentation of the field for jobbing, speculating, plundering, office-building and office-hunting would be produced by an assumption of all the State powers into the hands of the General Government. The true theory of our Constitution is surely the wisest and best, that the States are independent as to everything within themselves, and united as to everything respecting foreign nations. Let the General Government be reduced to foreign concerns only, and let our affairs be disentangled from those of all other nations, except as to commerce, which the merchants will manage the better, the more they are left free to manage for themselves, and our General Government may be reduced to a very simple organization and a very inexpensive one; a few plain duties to be performed by a few servants.