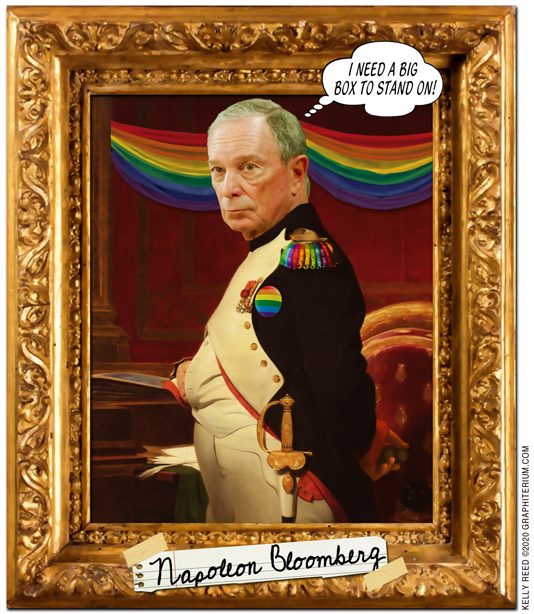 The Democrats have a big problem — yuge, as President Donald Trump might say.

Right now the Democratic presidential front-runner is Sen. Bernie Sanders. His views are stark-raving crazy. The things he believes in turn off and frighten average Americans. You know, the ones who aren’t communists and didn’t choose to honeymoon in the Soviet Union.

Elizabeth Warren is trying to outdo Sanders. Recently, she claimed that transgender illegal aliens are the most important issue on the border. I kid you not. She was panicking over transgender people being stuck on the other side of the border because “mean Trump” won’t let them in.

To radical nut jobs such as Warren, it isn’t bad enough that open borders are draining the U.S. Treasury … that illegal aliens are adding hundreds of billions of dollars to our national debt … that they’re using up limited resources for welfare, food stamps, education and health care that should rightfully be spent on American citizens. Warren wants to pour salt in the wound. She wants to bankrupt this country even faster. She clearly also wants to spend $150,000 each on illegal aliens so they can have free gender reassignment surgery. She thinks you and I should pay for that.

Then, just days ago, it got worse. Warren said she wants her nominee for education secretary to be vetted by a “young trans person,” apparently referring to a 9-year-old trans child she met at a CNN town hall. To radicals such as Warren, transgender kids are the most important issue in education.

Now, more rational Democrats might say: “Warren will never be the nominee. Everyone realizes she’s too radical. A moderate such as Mike Bloomberg will win the nomination.”

Bloomberg just released his vision for LGBTQ rights. Keep in mind I’m actually enlightened on gay rights issues. I’ve always been a pro-gay rights Republican. I support gay marriage. But Bloomberg’s LGBTQ vision is so far out of the mainstream he might as well be running for president of Pluto. It includes:

• Restricting the sale of health insurance that doesn’t provide coverage for gender-affirming care, including sex reassignment surgery and hormone therapy, thereby dramatically increasing the cost of health insurance for all. Would you pay double or triple health insurance premiums so Jack can become Jill? That’s Jack’s problem, not ours. Here’s my simple solution: Let Jack work three jobs to pay for his own surgery.

• The right to seek shelter based on so-called gender identity, meaning Bloomberg would allow men who think they are women to stay in homeless and domestic violence shelters for women. This is just insanity and would potentially lead to women being assaulted and brutalized inside these shelters at the hands of men masquerading as women.

• The passage of the Equality Act, which bars governments, schools and sports organizations from recognizing biological/physiological differences between men and women and instead recognizes gender identity, meaning your daughters would be competing in sports with boys who think they’re girls, and showering, using bathrooms and rooming on road trips with boys who think they’re girls.

This Bloomberg agenda is so radical that I can’t even read it without getting physically sick. This isn’t “moderate.”

It’s reckless and dangerous, and it borders on insane. Mark my words: Middle-class America will never, never, never vote for anyone promoting this radical and offensive an agenda.

Please keep in mind that Bloomberg is the moderate candidate of today’s Democratic Party.