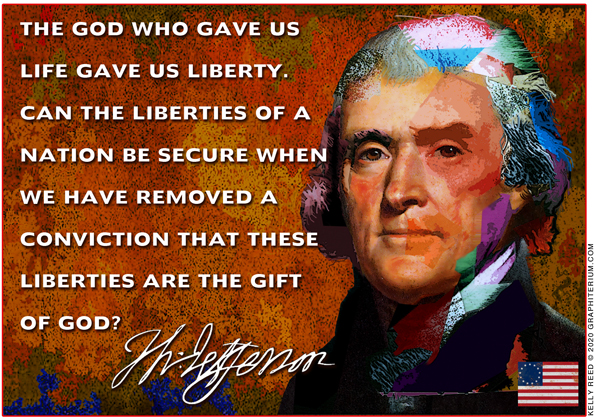 The inspiring ideals enshrined in the founding documents of our nation include a limited government that allows maximum personal freedom, equality of opportunity, and equal justice under the law. These are founded upon the pillars of inalienable rights, including the fact that all men are created by God as equal. But we have gone about “as far left” as socialist policies can take us if the Democratic debates are an indication of where America will be tomorrow.

“Our job,” Bernie Sanders spouted in the Iowa debate, “is to build the United Nations.” Not surprising from a socialist who has been photographed enjoying toasts with the leader of the old Soviet Union’s gulag communistic state. But frightening that he maintains substantial support in the Democratic Party.

The United Nations has been from its inception a design for socialistic world government. In its most recent COP 25 climate summit in Madrid, Spain, Executive Director Stuart Scott called for the UN to implement drastic population-control policies and “family planning” such as control the Chinese. Other plans include a massive transfer of wealth from “western countries” (read, “United States”) to third world poorer nations in the form of “climate reparations.” The UN is a world dictators’ dream. This is what Bernie Sanders favors. National Socialism is not brave enough—we need International socialism.

It is inescapable, however, that we have already lost so many of our freedoms that have made America the envy of the world. Whether due to taxes, to regulations on our businesses, farms, homes, cars, to our activities, to our speech, and to our abilities to exercise without government interference our religious liberty—our American heritage has dwindled.

So the issue is whether we will preserve even the semblance of our once-cherished ideals of limited government, the sovereignty of the States, the protection of life and property that is so nobly enshrined in our founding documents? Will we maintain any semblance of our freedom over our own health care or will we capitulate to the totalitarian proposals of the Democrats by which the government becomes a monopoly funded 100% by the American taxpayer? Will we continue the path to a more limited government under president Donald Trump or listen to the siren song of socialists?

“The modern trend is in the direction of greater concentration of power in the hands of government. The problem of individual freedom within the framework of a more or less regulated economy will have to be fought out in our age, just as the question of political liberty and the free market were the issues in Jefferson’s day. … Jefferson felt that without liberty, life was not worth living. …In the difficult years that undoubtedly lie ahead, Americans will have to gather all their moral forces for the preservation of their way of life, their liberties, and their opportunities.”