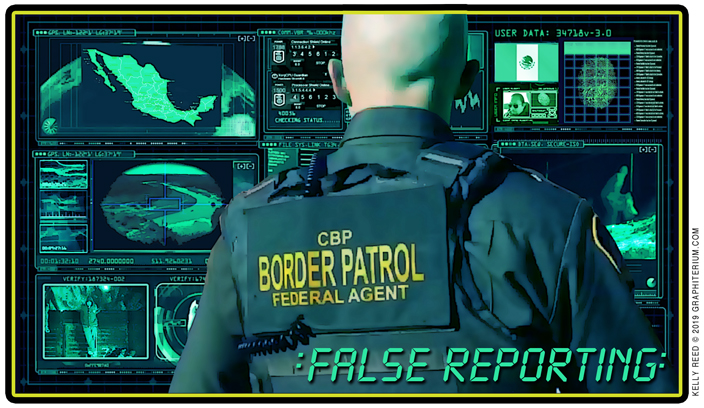 Radical news outlet ProPublica is currently running a scare piece claiming, “Border agents can now get classified intelligence information. Experts call that dangerous.” According to ProPublica, “…the Trump administration is creating a new center in suburban Virginia that will allow immigration agents to access, for the first time, the sprawling array of information scooped up by America’s intelligence agencies….”

The article, part of the organization’s “Big Story” newsletter, further claims, “Migrants and others denied entry will be unable to see the evidence against them because it is classified.” It also asserts that, “It could also be nearly impossible for those denied entry to challenge faulty information if wrongly accused, they say, since most of it is classified.”

But, there are so many factual errors in ProPublica’s overwrought monument to pointless, fake news hyperbole that it is difficult to know where to begin debunking it.

Immigration officers throughout The United States Department of Homeland Security already have access to classified information. They have, for decades. In Jay v. Boyd, decided in 1956, the Supreme Court explicitly held that, when determining an alien’s admissibility to the United States, the government may rely on “confidential information not disclosed to the alien.”

In fact, over 20 years ago, in 1998, U.S. Immigration and Naturalization Service (INS) General Counsel Paul Virtue appeared before Congress to discuss the government’s need to consider classified information in connection with immigration applications in order to protect America’s national security. And that was under the Democrat, left-leaning Clinton administration.

And the Trump administration isn’t setting up any shadowy new intelligence center in the capital city’s suburbs. There are already a number of information-collection-and-sharing facilities all around the Washington, D.C., area. They range from the National Counterterrorism Center, operated by the Office of the Director of National Intelligence, to U.S. Customs and Border Protection’s (CBP) National Targeting Center (whose motto is “Catching smugglers, terrorists and lawbreakers works better through partnership.”). Many other agencies also run information-sharing centers in the area. Their collective purpose is to protect the United States from foreign national security threats, particularly terrorism.

The suburban Virginia facility referenced by ProPublica is called the National Vetting Center (NVC). And it serves one simple purpose that its parent agency, United States Customs and Border Protection (CBP), has loudly and publicly proclaimed:

Over time, the U.S. Government has developed multiple, unconnected processes to bring together threat information already lawfully held by the government about individuals seeking to enter the United States or obtain benefits under our immigration laws.  The NVC is centralizing and improving these processes to more efficiently and effectively inform department and agency vetting.  Relevant, appropriate information will be accessible in a consolidated and timely manner to the departments and agencies leveraging the NVC’s process and technology.

As for those “civil rights concerns” that ProPublica is crowing about: There aren’t any. As the Supreme Court has repeatedly pointed out, requests by foreign nationals for admission to the United States don’t give rise to constitutional civil rights claims, because “the admission of aliens to this country is not a right, but a privilege, which is granted only upon such terms as the United States prescribes” – Ekiu v. United States (1892), Fong Yue Ting v. United States(1893), Knauff v. Shaughnessy (1950), Kliendienst v. Mandel (1972).

Finally, ProPublica’s claim that individuals denied entry to the United States on the basis of classified information will be denied an opportunity to review and contest such information is utterly specious. Foreign nationals can’t even challenge a denial of admission made on the basis of unclassified information. Under existing statutes and case precedent, the Department of State can summarily deny a visa to a foreign national and CBP personnel at the border may deny admission to anyone who fails to establish his/her admissibility – and the law provides absolutely no legal mechanism  for challenging a denial of admission.

In reality, it turns out that this “Big Story” is actually much ado about nothing.