Bill Lockwood: Why Should Christians be Interested in Opposing Socialism? 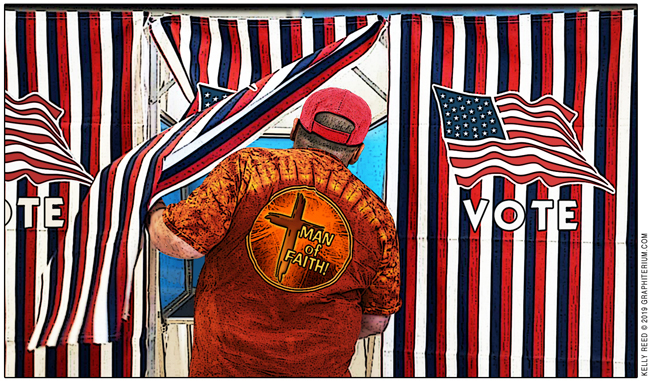 Modern America has been trained to compartmentalize their lives by placing “religion” and worshipping in the church-house or privacy of the home as separate and distinct from “politics.” “Politics” is thought to be what one does when going to the ballot box. Never should these two ideas meet. So is the conventional wisdom.

It is further supposed that ideas such as socialism, communism, statism, collectivism or their variants are merely “political theories” that have no bearing on religious teaching, or more than that—that biblical teaching does not touch such ideas.

This is all very shallow and without any serious thought into what the biblical view of the world includes. Let’s begin with the Bible. Christian truth is one organism. It has a unity and coherence the parts of which cannot be arbitrarily removed without doing violence to the whole. In the words of the great Christian writer James Orr,

The same is true regarding socialism. Oscar Jaszi was a noted Hungarian social scientist, historian, and politician of the 19th century. Jaszi found himself in the middle of socialist revolutions in Europe during the formative years of communism/socialism, labor parties, and liberal democratic movements. Later, teaching at Oberlin College in Ohio, he authored works published by the University of Chicago Press. He wrote the entry under Socialism in 1934 for the Encyclopedia of Social Sciences, a multi-volume scholarly work. In his lengthy article on “Socialism” for the Encyclopedia, Jaszi summarizes six points which are characteristic of all collectivist movements. They are as follows:

Jaszi then issues this warning. “The fact can scarcely be overemphasized that no true socialist is satisfied with merely economic reforms but advocates also a distinct educational, ethical, and aesthetic policy.”

At the heart of all socialistic ideas, including communism, Nazism, statism, and fascism, is an atheistic view of man. That is, mankind is solely determined by physical, social, and/or economic factors. This is directly at variance with the biblical view of man, which teaches that the problem with mankind is sin, a rebellion against God (Rom. 3:10-12).

To teach that God Exists sets one at war with atheism which says there is no God. To teach that there is One God (Deut. 6:4) is to oppose polytheism which says there are many gods. It is also to oppose the pagan worldview which believes that deity is somehow embodied in the earth. And to teach that God created man in his own image—a freewill being whose problem is SIN, is to be at variance with the socialistic creed that preaches the problems of mankind arise from the environment and that by reforming social institutions problems will be solved.

It is simple. Belief in the biblical view of God opposes atheism and the biblical view of man opposes socialism. Further, since politics is defined as the principles by which society should be governed, should not Christians be engaged in combatting socialistic ideas that engraft themselves into a culture—even if they are in the political arena?