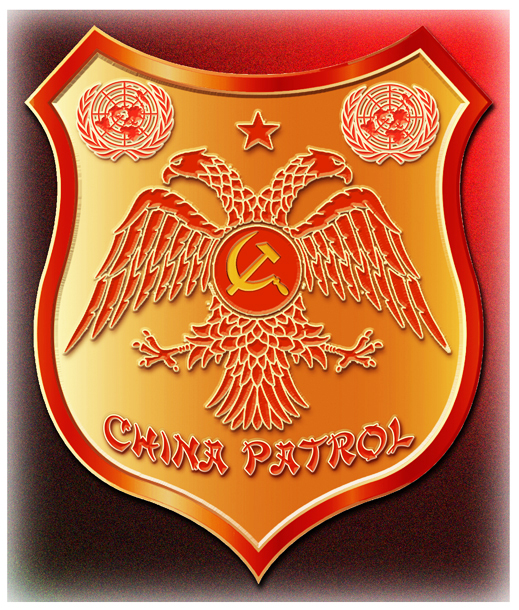 Not content with its agents running about a third of United Nations agencies already, the Communist Party of China is now pushing one of its minions to lead the powerful UN “crime” agency as well. The bid comes amid surging influence for the mass-murdering dictatorship within the “global governance” system. But unlike during the Obama administration, this time, critics from Capitol Hill to the White House are paying attention — and speaking out.

Beijing’s move to install Andy Tsang-Wai-hung as chief of the UN Office on Drugs and Crime (UNODC) comes just after Communist Chinese agent Qu Dongyu secured the top spot at the massive UN Food and Agriculture Organization (UN FAO). Whistle blowers and diplomats accused the regime of using bribery and threats to secure enough votes from UN member governments to have Qu take over the influential post.

Headquartered in Vienna with a biannual budget of around $700 million, the UNODC that Beijing has its eyes on claims to be a leader in the fight against crime, terrorism, and more. It is currently led by a former diplomat for the mass-murdering Soviet regime, Yury Fedotov, who regularly blasted the United States for obeying the U.S. Constitution by failing to enforce blatanly unconstitutional UN agreements. The brutal Iranian dictatorship, by contrast, was regularly praised and celebrated by Fedotov’s administration.

Tsang’s history suggests he will be just as bad — if not worse — than Fedotov when it comes to advancing globalism, whitewashing savage tyranny, and threatening national sovereignty across a broad range of policy areas. Among other roles, Tsang serves as deputy director of the regime’s “National Narcotics Control Commission.” The outfit has developed a global reputation for barbarism and horrifying human-rights violations, including beating and torturing prisoners and using them for slave labor, as documented by Human Rights Watch.

Before that, while serving as police chief, Tsang was instrumental in violently suppressing the peaceful “umbrella movement” protests in Hong Kong. As The New American reported at the time, authorities used tear gas and brute force to smash popular dissent against Beijing’s growing authoritarianism in the once-semi-autonomous city. Protesters sought expanded voting rights, less interference from Beijing, the preservation of a free press, and the safeguarding of basic individual liberties. Tsang and his minions responded with an iron fist and bloodshed.

Now, finally, after the Deep State helped the murderous Communist Chinese regime take control of about one third of all the UN’s so-called “specialized” agencies, officials in Washington, D.C., are starting to take notice. Indeed, within the upper echelons of the U.S. State Department, meetings and memos have been discussing the issue and seeking solutions to rein in Beijing’s growing role within the UN system.

In response to the latest candidate offered by Beijing to run a key UN agency and the broader context of Communist China’s ongoing takeover of the UN, officials within the Trump administration are working on a strategy to counter those moves. However, from public statements made by officials, it is clear that — at least in the bureaucracy — there is a fundamental misunderstanding about the nature of the problem.

“China’s concerted push has more to do with advancing its self-serving interests and authoritarian model than demonstrating genuine leadership consistent with the principles and fundamental freedoms enshrined in the U.N Charter,” an unnamed official was quoted as saying by Fox News. Of course, it is true that Beijing is interesting in advancing its authoritarian model. But the idea that the dictator-dominated UN is based on principles of freedom is beyond ludicrous.

In reality, the UN charter does not enshrine any freedoms, fundamental or otherwise. The official quoted in the media may have been referring to the UN Universal Declaration of Human Rights. But even allowing for that possibility, the statement is absurd. Unlike the U.S. Constitution’s Bill of Rights and the Declaration of Independence, which protect God-given rights that pre-exist government, the UN’s “human rights” instruments purport to endow people with revocable privileges that cannot be used against the UN and can be abolished at any time under virtually any pretext. In short, it is a giant fraud.

On Capitol Hill, Senator Ted Cruz of Texas has been a leader in speaking out about the effort to have Tsang run the UNODC, even urging the Trump administration to do something about it. “The UN has no business putting yet another Communist Party cutout in a leadership position, especially one with a direct history of advancing China’s abuses in Hong Kong,” Cruz was quoted as saying media reports. “The Trump administration should use its voice and vote to block this appointment.”

Senator Cruz, who has also spoken out against Beijing’s espionage and influence operations in the United States, blasted the penetration of the leadership of global outfits such as the UN. “The Chinese Communist Party has systematically pursued a policy of joining and exploiting international organizations to advance their agenda,” said Cruz, who serves on the Senate Foreign Relations Committee. “The pattern is the same across issues as varied as the WTO, Internet governance, Interpol, and human rights bodies.”

A number of experts on China and international relations have also spoken out against Tsang’s candidacy. Author and analyst Gordon Chang, who wrote the book The Coming Collapse of China, said Tsang would be a “hideous” appointment in comments made to Fox News. “Any candidate proposed for a drug enforcement post by a one-party state behind some of the world’s most dangerous drug networks should be rejected out of hand,” he said, noting that Tsang has failed to stop Chinese fentanyl rings despite having virtually unlimited power and tools to do it.

Other UN agencies under China’s control include the UN International Civil Aviation Organization (ICAO), which is pushing global taxes on air travel. Also run by a Communist Chinese agent is the UN Industrial Development Organization, a disgraced entity helping to build up hostile Third World regimes such as the murderous dictatorships in North Korea and Cuba with Western money and technology. Another key UN entity run by a Communist Chinese agent is the UN International Telecommunications Union (ITU), which is seeking global censorship and controls of the Internet. Also under Communist Chinese control is the powerful UN Department of Economic and Social Affairs (UN DESA). Beijing has agents serving as deputy leaders of multiple UN organizations as well, not to mention the IMF, the World Bank, and beyond.

In short, Beijing is set to play a starring role in what globalists call the “New World Order” — at least if the Deep State gets its way.

Foreign-policy wonks in and around Washington, D.C., are increasingly taking notice of Communist China’s rapidly increasing control over the architecture of global governance. The influential Heritage Foundation, for instance, recently released a report outlining the problem and recommending ways for the U.S. government to deal with it. Unfortunately, however, none of those solutions involve abandoning the increasingly totalitarian UN system that was designed from the start to become more and more oppressive and powerful. Without the United States, the whole ediface would collapse.

The decision on who will lead the UNODC will be made by UN Secretary-General Antonio Guterres, former leader of the Socialist International, sometime in the coming months. Considering Guterres’ personal involvement in the spread of socialist and communist totalitarianism around the world and throughout the UN system, it remains unclear whether he will resist Beijing’s demands for ever more power and control over global policy.

The Trump administration has withdrawn from a broad range of UN agencies and agreements, ranging from a UN deal promoting mass-migration to the UN’s “education” agency. The American Sovereignty Restoration Act (H.R. 204), however, would go further, ending all U.S. government involvement and funding for the “dictators club” that is the UN. With Communist China openly taking the reins at the globalist outfit, critics of the UN say it is past time for American taxpayers to stop subsidizing it all.