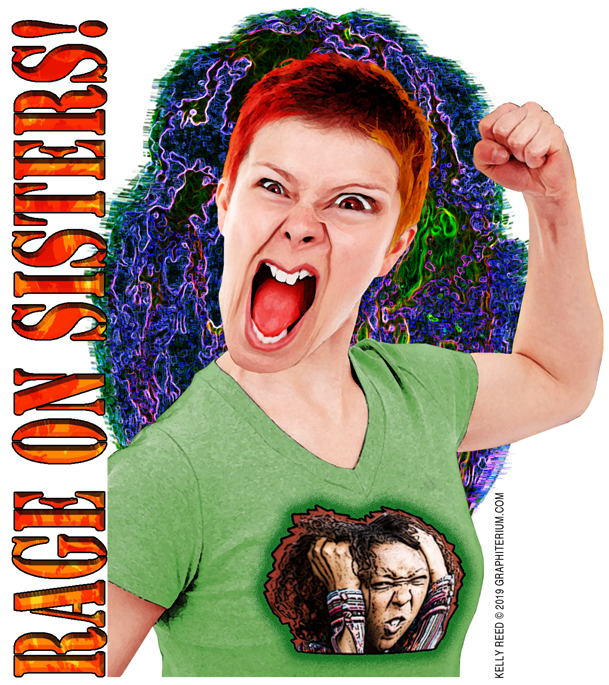 Rev. Jesse Lee Peterson gives dose of reality for how woman-led country would be like

Never has the Democratic Party been more obviously the female party than today. One liberal T-shirt reads, “The future is female.” Democrats pretend to be for women – boasting several female presidential candidates and 89 female congressmen. But President Donald Trump, by being a man, has caused Democrats to expose themselves as white-hating, man-hating, God-hating members of the children of the lie. Weak beta males and females hate the president. Real men and logical women support Trump.

Consider the dirty Women’s March for abortion, lying #MeToo movement against men, communist Antifa terrorists, fake news media, and America-hating, Israel-hating Democrat women of color. These people do not stand for freedom, truth or justice. They support mothers killing their babies up to the ninth month, even after birth, while the fathers have no “reproductive rights.” They falsely accuse men and expect everyone to “believe women” who lie. They promote mental and spiritual illness like freakish transgender monsters reading to children in public libraries, and push so-called same-sex marriage, saying, “Love is love.” But really they stand for hate.

If real men were in charge, if fathers were present and strong, not absent or weak beta males, this madness would not be happening. There is a natural order to life, created by God, that works when you follow it. That order is God in Christ, Christ in man, man over woman, and women over children. Just as men need Christ, so women need men to lead them and help them overcome emotions. Fathers protect children from the anger and emotions of the mothers, and lead by example. Men and women who love their fathers are clear-thinking and at peace.

Growing up in Alabama under the Jim Crow laws, black men and women knew the order of God. Black men married and led their wives and children in the right way, with logic and strength. They did not have “black leaders.” Abortion was unheard of. Blacks worked, did not commit crimes, complain, beg and blame the white man, and never uttered the phony made-up word “racism.” Blacks voted Republican and believed in God. Today, all that is gone. Blacks go to church, whoop and holler and “praise the Lord,” but inwardly they are filthy and rotten, and have no peace.

Liberals “celebrated” black women in 2017 after Democrat Doug Jones defeated Alabama Judge Roy Moore in a U.S. Senate race. The children of the lie smeared Roy Moore, a straight white man, as a “racist” and “pedophile” because of his strong Christian pro-family values. Doug Jones, who has a homosexual son, supports everything destructive to black Americans: Abortion, illegal aliens, the fake idea of “racism,” and radical “LGBT” crap. Ninety-eight percent of black females voted Democrat – not a sign of wisdom, but of mass-brainwashing. Of course the white liberal media and Hollywood praised the black women.

White pro-abortion actor Mark Ruffalo tweeted, “I said a prayer the other day and when God answered me back she was a Black Woman.”

As a pastor and counselor for over 29 years, I can tell you “what if….” Just look at the black female-run ghettos and so-called “families.” We’ve seen horrendous out-of-wedlock birth ratesamong black and Hispanic mothers for decades. “Women of color” have raised generations defined by drugs, crime, abortion and blind dependency on ever-more-extreme leftist policies – socialism at work! And they’ve only gotten worse. As Presidential Trump rightly says: Blacks and Hispanics in our inner cities are living in Hell.

We’ve also seen a rise in white single mothers. Just as black men were destroyed, so now there is an attack on white men,the last demographic mostly standing in the way of evil. Boys and men are being feminized in schools and media – given drugs if they’re too energetic and boyish. If they’re too manly and say something true, not politically correct, they’re lynched– made a public example of, browbeat, boycotted, fired or pressured to apologize. They’re discriminated against, falsely blamed for the failings of women and “people of color.” They’re overdosing on opioids or committing suicide.

August was Men’s History Month. It seems like most Millennials and Generation Zers have never even heard about being a man. They don’t know what it means. They’ve accepted sex outside of marriage, couples living together, and normal straight couples calling each other “partners,” as if they’re homosexuals. Most men hate and fear women, and don’t know how to deal with them, because they resent their mothers, whether they know it or not. They’re yearning for the love of their fathers. If they had fathers in the home, the fathers were weak and surrendered to the will of the mothers.

It’s no wonder that most whites today can’t tell the truth to black people or stand up for themselves in the right way. They can’t even handle their mothers, wives, girlfriends, or women in general! If men of all races don’t overcome the controlling, emotional, angry spirit of their mothers, they will be responsible for a living Hell in America.