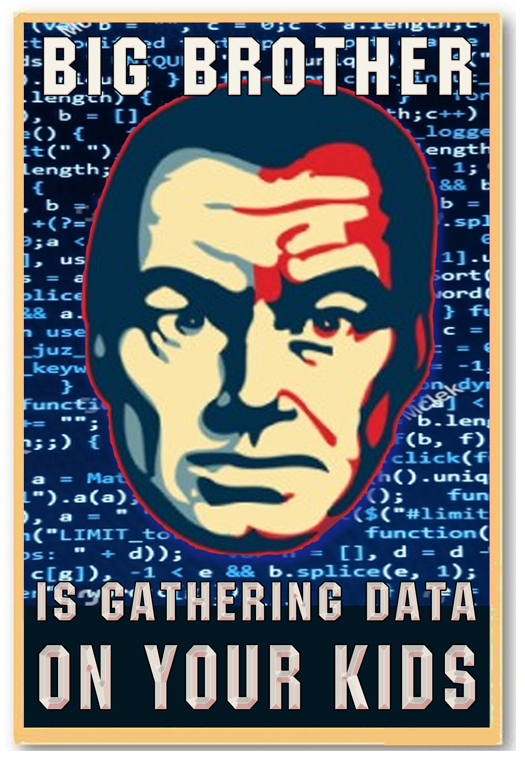 Blazing ahead on the highway to a full-blown Orwellian society, California just approved a new comprehensive “education” data regime that is being touted by Governor Gavin Newsom and lawmakers as a “Cradle-to-Career Data System.”

While details are still being worked out, it is clear that this massive data-gathering machine is intended to vacuum up every sort of information imaginable on California children. The intrusive surveillance and tracking will begin at birth and extends through work life. Health data will be included, too.

The scheme was strongly supported by Governor Newsom. In fact, on the very first page of his proposed budget for the year, the radical left-wing politician demanded $10 million to start building the enormous data regime.

The purpose of it all, Newsom said, is “to better track student outcomes and increase the alignment of our educational system to the state’s workforce needs.” In short, government central planning is the admitted goal — though certainly not the only one.

The “Cradle-to-Career Data System Act” was approved overwhelmingly as part of a broader “education” bill. In the Senate, SB 75 was approved by a massive landslide of 31 in favor versus 7 against. In the Assembly, the vote was 62 to 14 in favor.

A “workgroup” under the supervision of the executive branch will bring together “social justice” groups, unions, Big Tech bosses, Big Business, and other special interests to determine what data to collect and what exactly to do with it. More details on the scheme are expected by July of next year.

For now, the legislation calls for integrating K-12 data with higher education data. After that, the next phase will include workforce data, “early education” data, preschool data, health data, and much more. It will all be linked together in the databases, which will be shared with the feds and special interests. Even private institutions are expected to provide data for Big Brother’s new scheme.

Would-be profiteers and totalitarians of all varieties celebrated the legislation, disgorging platitudes on the supposed wonders it will do for “education” and the “children.” Critics, though, sounded the alarm.

“Big data and technological progress are enabling leftist government officials to take totalitarianism socialism to unforeseen heights,” explained popular liberty-minded commentator Shane Trejo in a piece about the new data-gathering scheme in California. “George Orwell must be spinning in his grave.”

Meanwhile, as The Newman Report has documented, more than half of California children cannot read, and over 25 percent are “gender non-conforming.” Obviously, education is not the goal here.

As long as parents continue allowing the government to brainwash and data-rape their children in government schools, the abuse will continue to get more extreme. The government has no business gathering this private data from children and families. It is past time for parents to “just say no!”