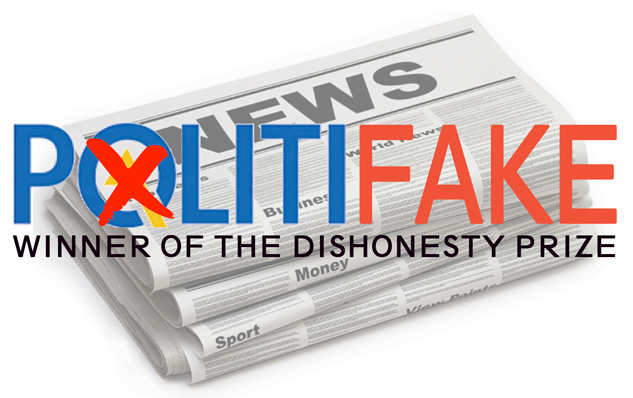 In a ham-handed effort to mislead concerned parents and protect the education establishment, the far-left “fact checking” website PolitiFact has again exposed itself as a dishonest purveyor of misleading propaganda rather than a genuine fact-checking service. Aside from the scam website Snopes, which recently defended the teaching of child rape to children in a ludicrous attack on FreedomProject, Politifact may be the most dishonest “fact checking” service around.

This particular story began in January when FreedomProject’s The Newman Report exposed California’s proposed new “Health Education Framework” and the gender-bending propaganda within it. FreedomProject leader Dr. Duke Pesta and this writer went on to produce a video focusing on one point in particular: The HEF’s recommendation of the controversial book Who Are You?: The Kid’s Guide to Gender Identity.

Among other absurdities, the book, recommended in the Kindergarten through 3rd grade section of the HEF, teaches children that they can choose from an infinite variety of “genders” that may not match their “sex assigned at birth.” Examples of choices offered include “trans, genderqueer, non-binary, gender fluid, transgender, gender neutral, agender, neutrois, bigender, third gender, two-spirit,” and more. This is described in the book as the “gender spectrum.”

“Some people say there are only two genders. But there are really many genders,” the book teaches children as young as 4. “I am … girl boy both neither just me! You are who you say you are, because YOU know best. For some people, the grown-ups guessed right about their body and their gender. This is called cisgender — when someone’s identity matches their sex assigned at birth. And for some people, there are more than just two choices.”

The FreedomProject video exposing this insanity — widely regarded by experts as child abuse — reached over 5 million people on Facebook. It also sparked a national outcry that shocked California’s fringe political establishment. After the massive scandal, education policymakers in the state retreated slightly. Indeed, in press release issued just last month, they even announced that the book “Who Are You?” would be removed from the Health Education Framework.

However, the latest version of the HEF posted on the California Department of Education’s website still includes the book as of June 27. Indeed, Politifact reported that an official had promised to remove the book in revisions due “in a couple of months,” and until then, there was not even a public notice that the extremist propaganda would supposedly be removed from the HEF.

And yet, that supposed decision to remove it is the crux of PolitiFact’s rating of “false” the notion that California was planning to teach children that there are at least 15 “genders” they could choose from. Even if it is true that the state backed down and removed the book in May, which at this point is far from clear since no version of the HEF has been released without the book, the article and video produced by FreedomProject were entirely accurate when they were produced in January.

Claiming that the claim is “false” because months after it was made, the state supposedly revised its materials is the height of dishonesty. Imagine Politifact and its hack “fact checker” Amy Sherman going back to fact check New York Times articles from 2004 about the Iraq War and claiming the articles were “false” because the U.S. government had largely removed it forces by 2019. That is how absurd the website’s attack on FreedomProject’s reporting is.

PolitiFact also claimed, falsely, that FreedomProject had reported that the book was mandatory. In reality, Dr. Pesta was very clear in the video that it was a “recommendation,” which in practical terms means it will be used. “The State of California has recommended — and when California recommends something, that means they want it in there — they’ve recommended a book for 5-year olds to begin to comprehend the complicated nature of gender,” he said in the video.

What FreedomProject did report is what the State of California has been explaining openly for many months: Parents may not opt their children out of state-mandated LGBT indoctrination. This is stated openly and clearly all over California Department of Education websites and materials, and can be verified with a quick check. PolitiFact apparently hopes nobody will read past their bogus “false” rating — much less investigate their report — to discover the truth.

The fact that fake “fact-checking” websites are brazenly lying about FreedomProject and its reporting to conceal the truth is actually very good news. It means the work of FreedomProject exposing this evil perpetrated against America’s children is highly effective. And it has the establishment and its toadies in the business of fake “fact checking” worried sick. Still, because the far-left Facebook partners with PolitiFact, legal options are being considered to deal with the malicious libel. Stay tuned.