Jesse Lee Peterson: YOUR LEADERS NEVER CARED ABOUT YOU 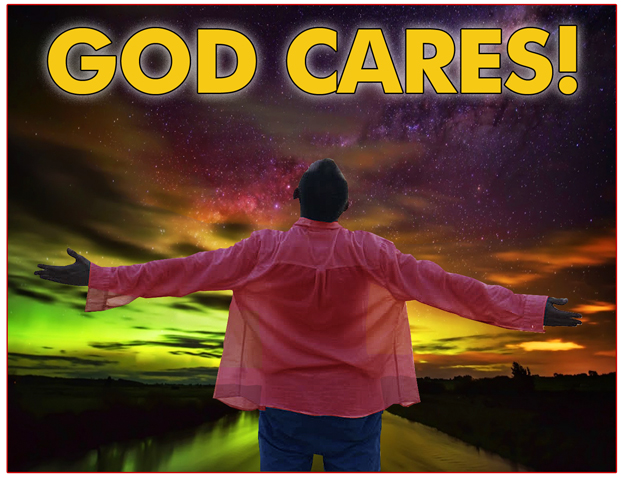 Jesse Lee Peterson offers the only hope for America

I want people to understand that no one cares about them.

People live under a false illusion that their leaders care about them. Preachers, politicians, and parents – they don’t care about you. They care about themselves. Parents don’t care about their children; they’re emotional, egotistical, selfish and screw up their kids! Pastors knowingly mislead their flock by telling them that they can continue to sin and yet know God – because they themselves still sin. And we all know that the government does not care at all for the people. Politicians and bureaucrats support death and destruction, for power and wealth.

In truth, it’s not anyone else’s job to care about you. Only you should care about yourself, and let God take care of you. Your parents did the best they could in raising you, and came up short. You have to forgive them, and become an independent man or woman of God. You cannot trust the preacher or Bible scholar to lead you to God; many of them don’t know God. “Let no man teach you.” No other person can save you. You must seek first the Kingdom of Heaven, repent and know the truth for yourself.

Look at the black community to see the destruction that results from looking to others to care about you. At one time, blacks were independent, not looking to the government for help. Men were leading the homes, and “racism” was never uttered. Most blacks voted Republican, owned businesses, land and homes, worked and did not complain. Blacks were responsible and moral. I never heard of abortion while growing up. Out-of-wedlock births were a shame, not accepted; and blacks weren’t known for welfare, drugs and crime.

All of this changed after the horrible mistake of the Civil Rights movement.

Today, blacks are constantly crying “racism” for everything, begging to be included in whites’ institutions based on being black, and then turning and attacking the whites! You won’t find God in a black church, but you might find a pro-abortion Democrat politician speaking. Blacks still pretend to be Christians, but kill 1 in 3 of their children in the womb. Black mothers run the homes, raising angry kids, many of whom go out and kill more blacks and others. Blacks blame police when a black criminal gets himself killed running from, or fighting with, the officers.

Blacks vote for Democrats who bring in truckloads of illegal aliens to take over blacks’ jobs, schools and healthcare, and force blacks out of their communities. They have to compete with the “immigrants” for free stuff, and for decades endless fights between blacks and Hispanics have been ignored by the media. Blacks are too dumb to realize they vote for their own destruction because they’re told it’s “white racists” who want to keep the illegals out. Now blacks openly hate the one president who’s actually fighting for them, trying to build a wall and send the illegals back home.

Everyone evil uses black people to advance their own agenda – the illegal aliens, the feminist women who hate men, the radical homosexuals and transgender activists. Planned Parenthood pretends to care about black women, fighting to keep killing black children in the womb, all for the money. At one point blacks knew homosexuality was wrong; today Hollywood and the media promote black homosexuals and transgenders to validate wrong as though it’s right. (If the children of the lie actually cared about so-called “LGBT” people, they’d tell them the truth instead of going along with them.)

Now the rest of the country is following in the same path to destruction as the blacks. You have most Millennials and Generation Z believing in socialism, looking to the government to take care of them. Hispanics produce more out-of-wedlock children than blacks, falling to gangs and crime, and taking a cue from blacks by always crying “racism.” Older whites continue to be “nice” while “people of color” walk all over them, so younger whites abandon Christianity and morality, identifying instead with race. White cowardice and anger is resulting in drugs, suicide and increasing death and violence.

We desperately need to rebuild men, who in turn must rebuild families, if we want to save this country from descending into chaos and destruction. Men and women of character raise strong children who are not easily influenced by the media, corrupt schools, bad friends and the outside world. Good men stand against evil and overcome it, in their private lives and in their communities. They protect their children from the emotions of angry mothers, and lead their wives instead of caving to them for sex and false peace. Today, most men are beta males who think and act like women.

This is why I started my nonprofit BOND more than 29 years ago, dedicated to “Rebuilding the Family by Rebuilding the Man.” (We’re holding our 10th annual Men’s Conference the evening before Father’s Day in Los Angeles.)

Thank God, young men of all races are waking up, forgiving, and going free – no longer dependent on comfort, drugs or women. They’re returning to morality, strength and common sense. There is hope for America.